Eisner-nominated artist Joëlle Jones announced today during the DC Universe panel at C2E2, that the mischievous Catwoman will be the next DC character to star in the acclaimed artist’s DC Cover Girls statue line by DC Collectibles. Hitting stores in November 2018, the stunning 9’’ statue features Gotham’s City’s most devious cat perched on a locked safe, flashing her signature sly grin. Jones’ intricate character design will be brought to life in 3-D form by sculptor Jack Mathews and will be offered at an MSRP of $125.00. 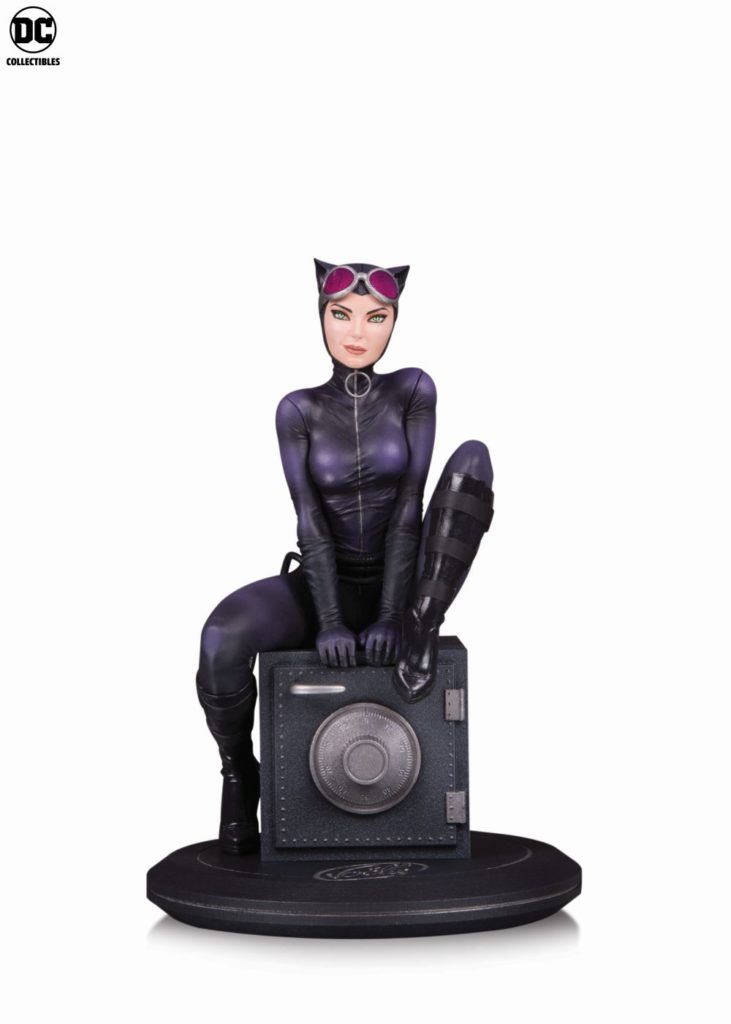 Created in 2009, the DC Cover Girls statue line by DC Collectibles is inspired by the powerful women of the DC universe and has featured designs from many of the most talented artists in the comics industry including Adam Hughes and Stanley Lau. Joëlle Jones is the first female designer to take over the line and her collection of statues launched in March 2018 with the release of her unique take on Harley Quinn. Other DC characters receiving the Joëlle Jones Cover Girls treatment this year are Supergirl and Batgirl, slated to release in April and August (respectively).

The DC Cover Girls Catwoman statue by Joëlle Jones will be available for pre-order everywhere comics are sold on April 16.