There’s a scene about midway through Captain Marvel that summarizes both the strengths and the weaknesses of this film. When Carol Danvers (played by Brie Larson) finally meets up with her dear best friend Maria Rambeau (Lashana Lynch) after being thought dead for six years. Rambeau asks her if “Vers” (as her fellow Kree refer to her) is who she now is. Danvers responds, “I don’t know.” On its own, it’s a good scene. After several scenes previous of her aggressively whipping alien ass, it’s refreshing to see Danvers in a moment of humanity. A moment where she makes a connection to a fellow human being.

It also doesn’t ring completely true. In every single scene previous, Danvers wins conflict after conflict with little-to-no effort, all while flexing a cocksure attitude over her enemies. This insecurity she displays with Rambeau seemingly comes out of nowhere. While Larson sells both the cocksure Captain Marvel and the more vulnerable Carol Danvers, we sense little connection between the two characters. This becomes more egregious towards the end, when the Supreme Intelligence (Annette Bening) attempts to break down Marvel by replaying all of the failures in her life. “You’re weak,” the Intelligence says. “You’re only human.” This is another moment that feels strong on its own, but is not necessarily backed up by the rest of the film. One of the few times that Danvers feels truly vulnerable is when she confesses to Rambeau she truly doesn’t know who she is.

Captain Marvel proper can’t seem to decide which kind of film it wants to be, either. There are moments where it feels as if the makers felt straightforward earnestness would be too risky, and instead rely on humor as a crutch. Most egregious is the final battle between Danvers and her former comrades who have now betrayed her. She battles them in an epic, four-on-one duel that allows Carol’s true power to be on display. It’s an awesome sequence. Apart from the song choice. Rather than give an epic score to go along with it, the filmmakers decided to play it safe and have No Doubt’s “Just a Girl” play over it instead. It robs this important moment of any tension it might hold. We know Danvers will make it out just fine, because what hero has ever been defeated with a pop song playing in the background? 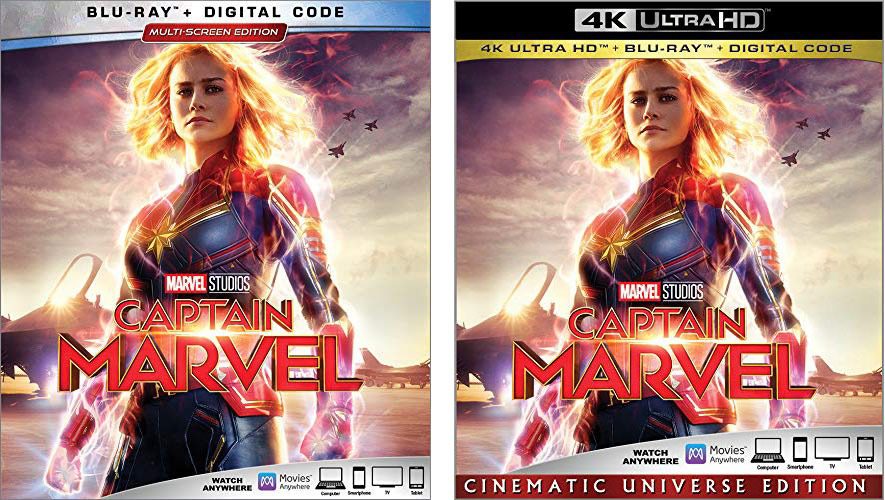 That being said, there was also quite a bit to enjoy in this film as well. After being captured by Kree, Danvers spends the majority of an early action sequence handcuffed. She cannot rely on her full powers, and instead must rely on quick movement and quick thinking to lead her to victory. The moment she manages to melt her cuffs off, she has a look of pure joy on her face that is infectious. A moment where she is in awe of and delighted by her powers.

Larson and Lynch’s performances have already been mentioned, but the supporting cast fills out their roles with aplomb as well. Particularly, Samuel L. Jackson (playing a slightly more nervous, inexperienced Nick Fury) and Ben Mendelsohn (playing the Skrull warrior Talos) both give their characters depth that is both unexpected and, occasionally, moving. Talos in particular is given a surprisingly three-dimensional portrait.

But all too often, moments involving Talos lean too heavily into comedy. As if the filmmakers aren’t confident enough to let him be menacing or sympathetic, and resort to awkward attempts at humor to keep the scene afloat.

Captain Marvel is a very pleasant, enjoyable film with charismatic performances from its actors and exciting action sequences. But it is also at war with itself. It leans too heavily onto Guardians of the Galaxy-style anachronistic humor and music when earnestness would have been a better choice. The film also wrestles with Danvers’ identity, particularly with her vulnerability. Her moments of self-doubt feel genuine, but feel unfounded in this movie as well. While Captain Marvel received several moments of awe-inspiring power, the moments where Carol Danvers is filled with self-doubt don’t come from an organic place.

While Captain Marvel is a good move, the shades of greatness (such as the scene with Danvers and Rambeau) become all the more frustrating in the grander scope.