If there’s one thing to praise Charlie’s Angels for, it’s the costumes.

When even someone like me, who only has a passing knowledge of brands, takes notes of how lively and expressive each Angel’s outfit is, it’s a sign that someone has done their job, and done it well. It’s unfortunate that little else in the film comes alive.

It’s certainly not for a lack of trying. It’s obvious that director Elizabeth Banks (who previously directed Pitch Perfect 2) is working with material she feels passionate about. Serving duties in this film as writer, director, and actor, she shows an admirable commitment to displaying diversity and empowering women. The team members (Kristen Stewart, Naomi Scott, and Ella Balinska) are all quite charming and charismatic. But all of those positives also serve as flaws.

The message of female empowerment is an admirable one, but one without a compelling story or characters whose struggles compel an audience to support them. The 2015 film Spy provides strong examples of both, with a simple but compelling hook (the ever-dependable missing suitcase nuke) and, most importantly, a three-dimensional character with Melissa McCarthy’s Susan Cooper. By comparison, the full scope of the missing weapon in Charlie’s Angels is never made apparent, and never gives the audience a fully tangible feel for the stakes.

And perhaps we wouldn’t care about the stakes if the characters weren’t so thinly written. Every time the titular Angels are in action, the personality reads are always the same: one is the Funny One, one is the Serious One, and one is the Brainy One. 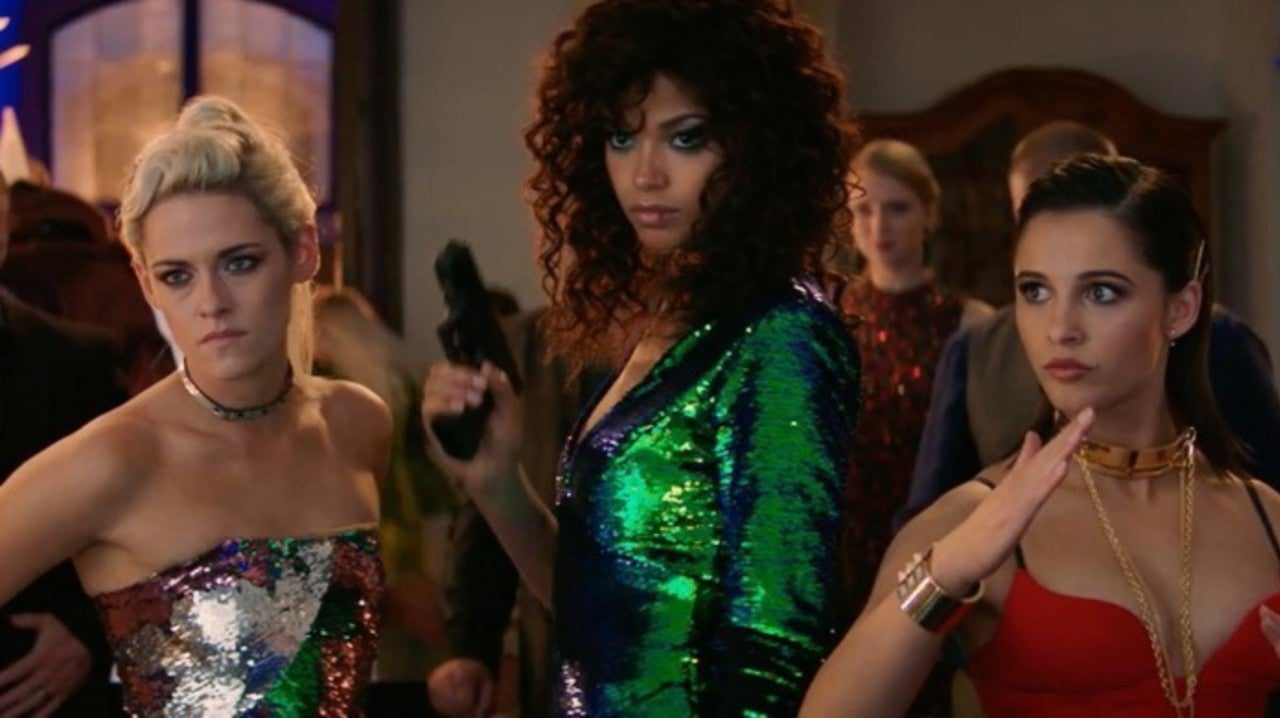 Despite the actors’ aforementioned charisma (with Kristen Stewart probably having the most fun in her role), nothing can save them from the flatly written heroines they inhabit. And in this film, the only thing flatter than the characters are the action sequences.

The action sequences, like everything else in Charlie’s Angels, fulfill the threadbare necessities of the film, but don’t rouse any excitement from the viewer. Which is unfortunate, given that the film is surprisingly violent for a PG-13 film. In particular, a set-piece taking place in a warehouse features at least one cringe-inducing display of violence involving a cement mixer. But the sequence, which should either be exciting or funny, simply fails to entice much of anything from the viewer.

In the end, Charlie’s Angels is an admirable attempt at a female empowerment film. But lacks any sense of urgency or personality to compel the viewer.