The Chilling Adventures of Sabrina
Netflix

The Chilling Adventures of Sabrina sees the cast of the 90s show and comic series bewitchingly rebooted by Netflix. Based on the comics rather than the nostalgic Nickelodeon show it introduces a darker version of the teenage witch than most will expect. Things in Greendale are more akin to Stranger Things than a teenage comedy sitcom. The show’s premise is primarily a coming of age teenage tale of Sabrina turning 16 on Halloween and attending her dark baptism. This will give Sabrina full control of her witch abilities but also comes at a cost. Doing so means having to relinquish her old life, friends, and boyfriend Harvey. Something which this witch is very reluctant to do. 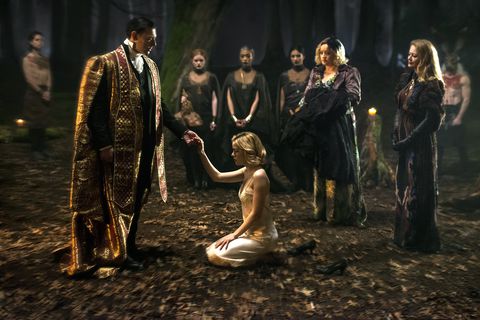 Its opening intro is a great homage to the comic series done in similar fashion and immediately sets it’s darker tone from that of the 90s show. Opening episode sees Sabrina narrating us into to the world of Greendale where every day is like Halloween. Sabrina is played by Kieran Siphka and those familiar with her work will know she’s a rising star with the ability to hold her own. Completing the Spellman family are aunt Hilda played by the delightful Lucy Davis and Zelda played by Miranda Otto and cousin Ambrose played by Chance Perfomo. The family dynamics work really well with Hilda being the shows comic relief and heart,  Zelda the family’s enforcer and Ambrose to confide in. There’s an ongoing joke involving Hilda and Zelda that’s fantastic to see play out across its first episodes and is genuinely hilarious each time it’s used. 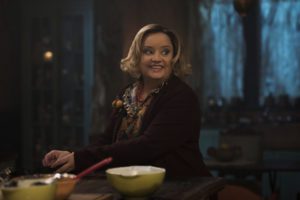 Is the show scary? Yes, and it achieves some truly terrifying jump scares when least expecting them. Alluding to the shows scares are the shows brilliantly placed music and how well it’s implemented to add to the atmosphere of each scene. Harvey and Sabrina love scenes feel romantic. Each episode ends on a terrifying note and the use of pop music lyrics reflect Sabrina’s thoughts. An early example of this is the sing 16 candles being played while she blows out her birthday candles. I personally love the use of music in this way and it’s done well in each scene it’s applied to. The show’s cinematography and writing are also of a high quality with the use of fog, exceptional lighting, and black, red and grey colors. It’s for all these reasons combine don’t my 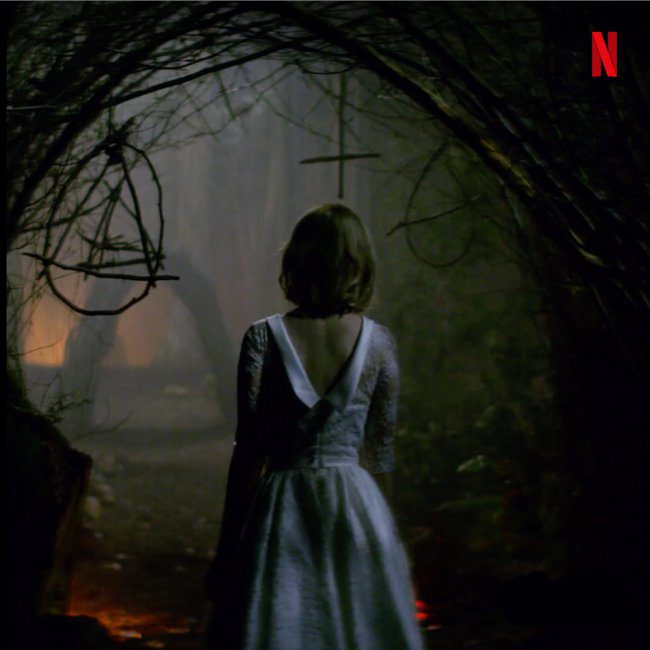 favorite scenes were those involving Harvey and Sabrina. The music, tone and lighting change here and it’s a refreshing change from the gothic tone and feel genuinely romantic. Harvey is played by Ross Lynch and the pair are believable as a teenage couple in love. The strongest performance in the first four episodes was by Kiernan Siphka herself at her dark baptism. She steals the show and there’s no doubt she can lead the show to success.

The Chilling Adventures of Sabrina rocks and is not one to be missed. Its only downfall is a few early teething problems with dialogue in its earlier episodes that are forgotten as it hits the third episode. The show is utterly bewitching and I can’t wait airborne for more. Grab your candy corn, turn off the lights and get ready for a spellbinding time with Sabrina this Halloween.

netflix review the chilling adventures of sabrina Witches
Add your voice!Join the conversation on Discord...
Join Our Discord