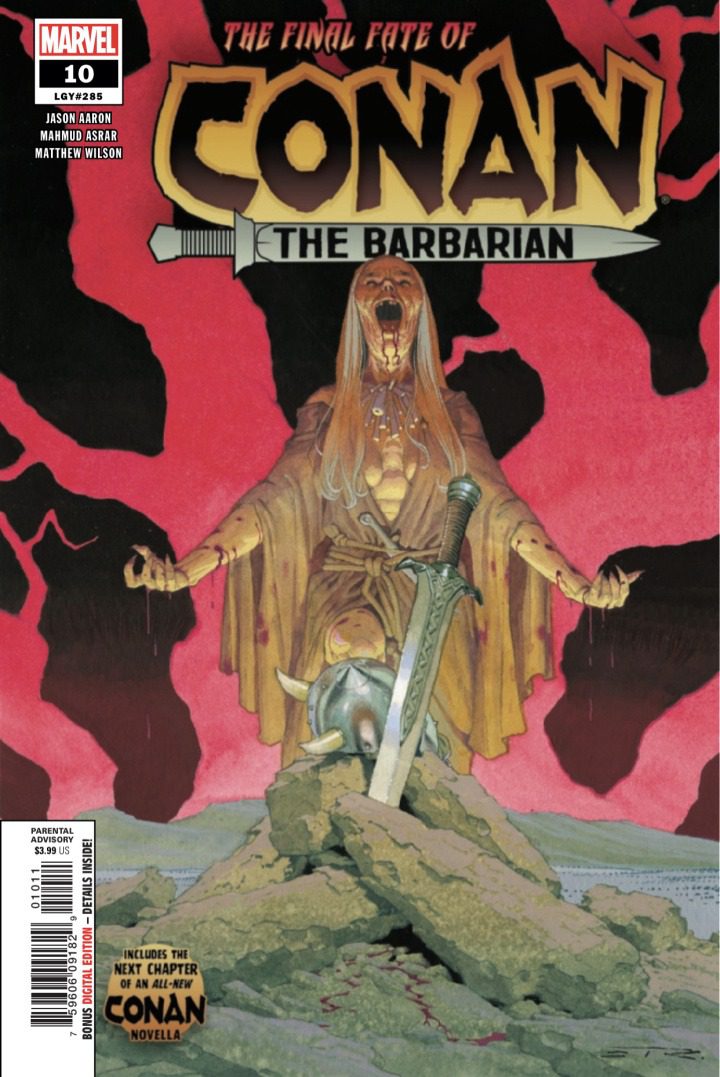 The ultimate fate of Conan is revealed as the children of the Crimson Witch watch their prey.

The Crimson Witch has found another unworthy warrior to bring back her dead master. Fortunately, in the midst of her failure, she has sired twins who will help her carry on her mission after she is savagely attacked by Conan and left for dead. They watch the warrior for years as his adventures takes him across the world and from one battle to another. When they finally strike, they will take him to their temple in order to bleed him and use his blood to bring an unholy creature back from the dead.

I continue to be impressed with this series and the writing from Jason Aaron. He has captured the feel of the character and given an uncompromising and beautifully brutal story of dark magic and conquest. Conan is portrayed as the grand warrior he always was and this issue is laid out in a manner that allows the reader to know something ominous is coming, but how it unfolds is unpredictable and satisfying. I can’t wait to see how this story plays out and the cliffhanger ending promises something brutal to come.

Mahmud Asrar offers some beautiful visuals in this issue. The story progresses perfectly in the visuals and it captures the feeling of being both part of and outside of the action on the page.