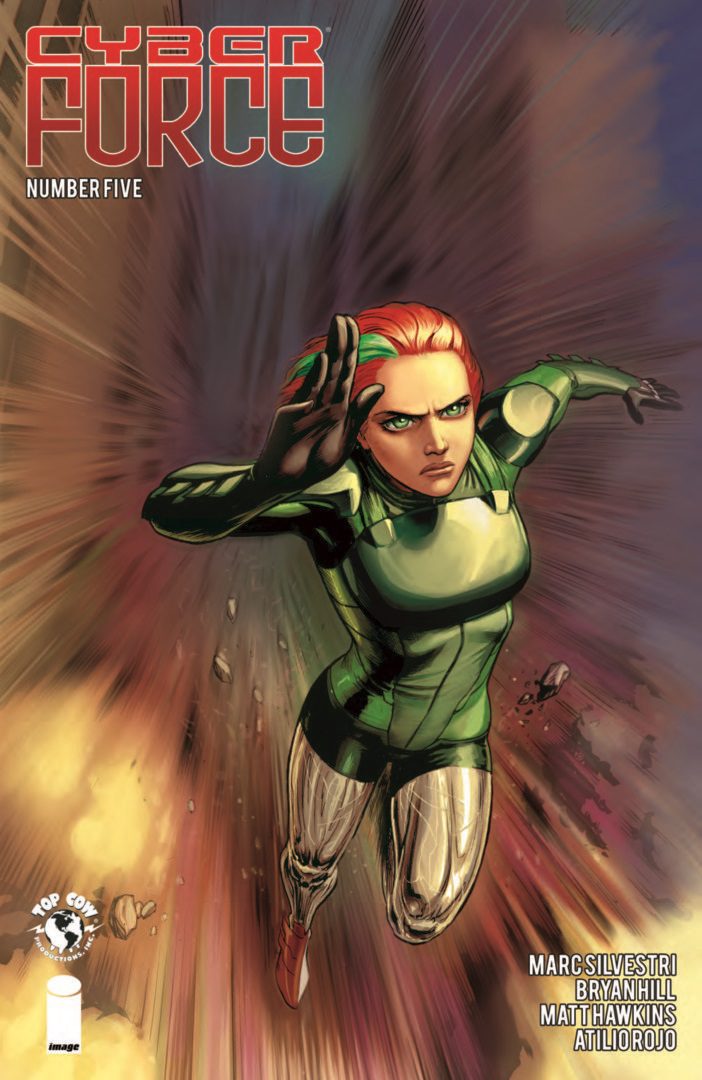 The new issue of Cyber Force starts us off with a new arc starting a day after the blackout occurred at the end of the last issue. Just know that this arc will also be absent of everyone we’ve been reading about so far. Instead, we’re greeted with a bounty hunter who has had the same obvious experiments done to him from like Stryker. We don’t really know much about him but he shows that he definitely doesn’t mind to help people in need. The thing about him right now is he doesn’t see himself as a hero but that could be due to whatever happened in his past even prior to getting his “enhancements.”

Still, from the start, he comes off as the likable hero, especially when he goes Rambo on everyone at the end of the issue to help a village and a doctor from being killed off form the Cartels. The doctor named Dominique came to the village to help these people and I’m sure she’ll be very interested to take a look at her new friend now that the two have met. I really like that we’re getting to meet new characters and I’m very interested to see how things will play out when everyone meets up.

For as much as I enjoyed the issue, I was still hoping to continue to see what was going on with the crew we’ve been reading about over the last 4 issues. But that’s still a good thing for me to be wanting more while at the same time still enjoying what the new characters are bringing me. I’ve also been really enjoying the art in this series. There’s a lot of effort put in here from one person. Panels are utilized really well and I don’t feel like a lot of spaces were wasted. I also love how the backgrounds in most of the panels actually have something instead of just being a shade of color. The action is a big high point in this issue too, it all happens very quickly and it’s definitely satisfying. There’s still a lot to learn about our new characters and we’ve really only begun to scratch the surface of this world and its story. I hope many will join this new Cyber Force as things continue to ramp up.