Daddy Issues Always Lead to Trouble in The Flash #18 Review 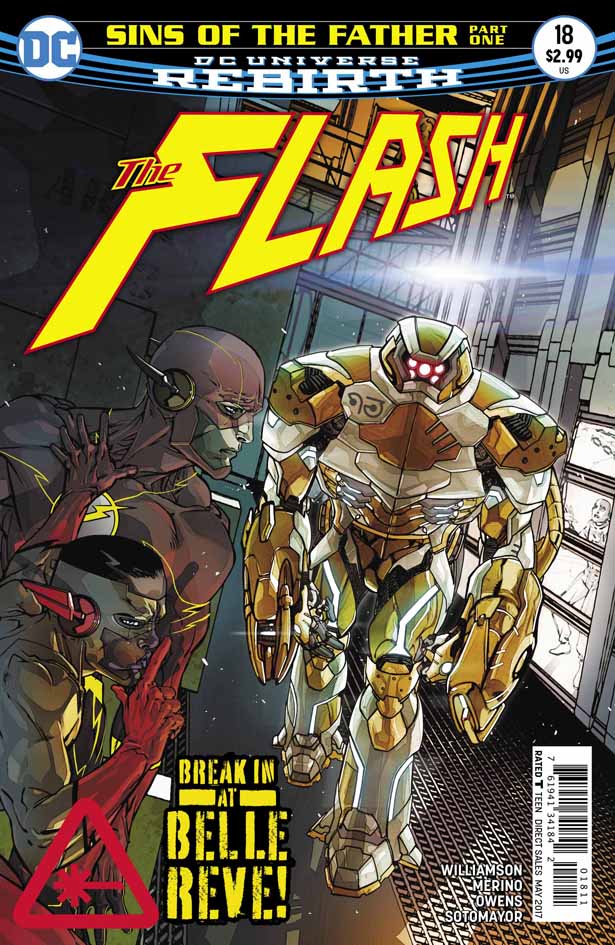 Wally is going to have to make some tough choices and deal with the sins of his past on multiple fronts in this issue. Barry, Iris, Wally and Henry Allen are having a leisurely lunch, giving Henry the opportunity to regale the group of stories about Barry as a child and how he’s glad that he has the opportunity to make new memories with his son. Unfortunately, Wally is dealing with some personal issues that prompt him to venture out on his own. A move that will have consequences for both the young speedster, but also his mentor.

Barry decides to try and help his young protégé put the past behind him and that means confronting Wally’s father, Reverse Flash. This task becomes that much more difficult when he discovers that Reverse Flash isn’t in Iron Heights, but has been moved to Belle Reve. Wally and Barry decide to sneak into the prison, but are immediately caught by Amanda Waller. In a sign of cooperation, she lets them go, but they are no closer to the answers that they seek and Flash is forced to seek those answers from someone he would rather avoid and when the pair finally meet up with him, that doubt is confirmed.

The Flash in this series is growing on me in many respects. It’s interesting to see Barry really embrace the role of mentor. Joshua Williamson has found a way to write Barry in a way that allows him to be the adult mentor that he is to Wally, but also to retain the youthful aspects of the character that still enjoy just being The Flash. Wally, on the other hand, is starting to grate on me a little. While I understand that he’s making the mistakes a kid would make, the plot has a hard time keeping him from just being another brooding snot. I want to like Wally more than I do and I hope that he will develop more with this personal arc. Jesus Merino’s art is well done. The style is classic in the way the panels are structured, but I would like to see how he interprets the speed and motion of The Flash. The issue is very exposition heavy, so there aren’t a whole lot of action sequences, but it would be nice to see more of that going forward. 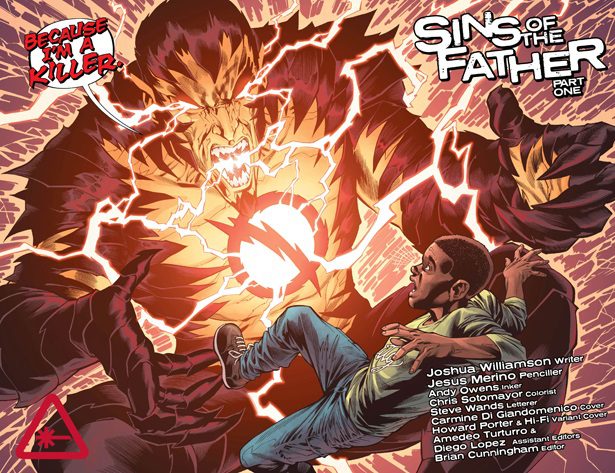 As the start of a new storyline, this is well done. I am sufficiently curious as to where the story goes next and what the dynamic between Wally and his father will be when and if he’s ever found. I’m also interested in how that dynamic will affect the relationship between Barry and Wally going forward.