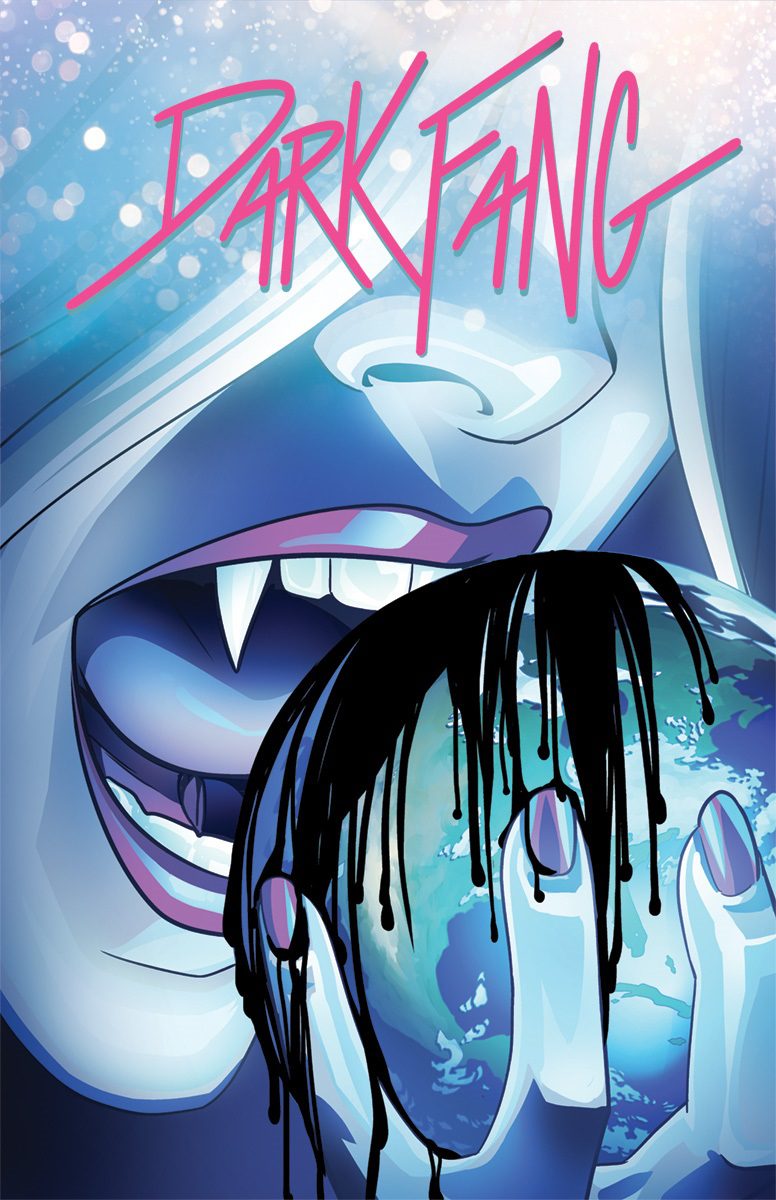 Coming from the creative talents behind NYC MECH and BASTARD SAMURAI, Dark Fang presents a fresh take on vampires which is both vibrant and exciting. Oh yeah, and it’s also a hell of a lot of fun. If you’ve had your fill of the brooding tormented type of bloodsucker we’re usually presented with, then Dark Fang and its main protagonist, Valla is going to reinvigorate your vampire love. Valla’s vampirism is less a curse and more a celebration and her story is told with no shortage of innovation and new concepts for the, sometimes tired old vampire mythology. 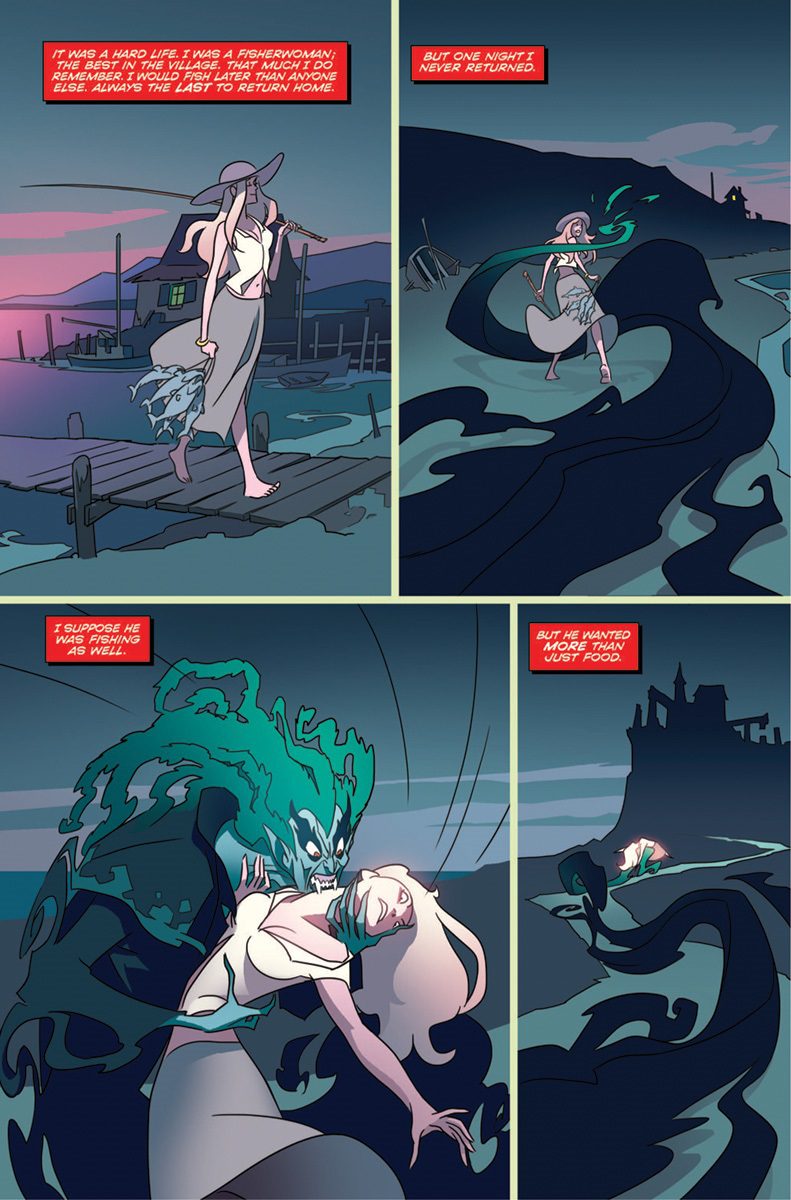 Set in the modern age, issues one and two also do a great and comprehensive job of plugging us into Valla’s history, though it certainly leaves room for a lot more stories to take place there. Writer, Miles Gunter tells a clear and no frills yarn which gets us straight into Valla’s world and presents bright angles on what life might be for the undead in the modern age. Kelsey Shannon’s art reflects this brightness, cartoony and energetic and beautifully clean, it is a pleasure to read and never confuses the story being told. This does present a slight problem tonally though as there is, of course, no shortage of blood-sucking scenes which don’t seem to really mesh with the art at times. There is also an undercurrent of real drama in some scenes, which helps us connect with the characters, but the art does little service to this. 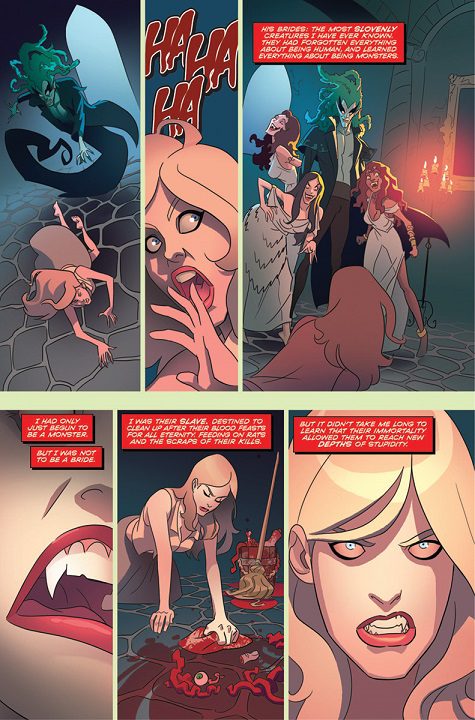 There is a lot going on in these first two issues and by the end of the second, I was left a little confused as to where the creative team wants to take this story. Valla, at times, feels like a cross between a vampire, the little mermaid, David Suzuki and Allie Haze. This leaves her with a lot of avenues to go down story-wise, but too much too soon also leaves you a little thrown by story choices, in particular, the second issue thrust into an environmentally focused theme which might not be to everyone’s taste. Also, I am very much looking forward to the supporting cast being built up over subsequent issues as they are pretty non-existent, or barely fleshed out over these first two issues.

The solicits state the title as being an enviro-action series, so if the environmental bent is not to your taste, it looks like this series might not be for you. But if you’re looking for a vampire tale with some serious fun attached and a whole bunch of interesting new concepts to add to the vampire mythology, then it is definitely worth your time.

Criticisms aside, there is enough in Dark Fang to make me want to read more. With a lot of potential to grow and a creative team who are obviously having a great time on the book, this is a vampire book with a bright future (see what I did there?)