The newest X-Men film from 20th Century Fox is also the last. ‘Dark Phoenix‘ will hit theaters this weekend and will bring to a close Fox’s run of doing X films with the rights to Marvel’s Merry Mutants now belonging in the Disney stable after the latter’s purchase of the former earlier this year. I was hoping that the franchise would close out with a bang but sadly it ended up going out with a long, tired sigh. The decision to revisit the Dark Phoenix storyline after the 2006 attempt in ‘X-Men: The Last Stand‘ originally raised some eyebrows, but many were optimistic that the wrongs of that film would be righted in the 2019 telling. Unfortunately, this version just ends up making a complete batch of all new wrongs.

For those unfamiliar with this classic X-Men tale from either the comics or from the 2006 film mentioned earlier, X-Men team member Jean Grey is imbued with the cosmic entity known as The Phoenix Force. It ends up making her the most powerful being on the planet and also ends up corrupting her mind. Her teammates want to save her, but an alien race known as the D’Bari, whose planet was destroyed by The Phoenix, want to harness that power to make Earth their new home. We end up getting the tired tropes of friends becoming enemies and enemies becoming friends, a few decent fight scenes and, at the end, a film that feels more like a last minute attempt to elevate writer / director Simon Kinberg‘s ego (since the 2006 film that he also wrote is often regarded as one of the weaker entries in the series).

‘Dark Phoenix’ suffers from the previous films’ scrambling of the timelines between the original movies and the new ones. I found myself wondering “How can THAT happen if….?” but then I was forced to dismiss it away as being probably dealt with in one of the other films, but not being memorable enough to cement that detail in my mind. The frequently changing cast within the series also leaves one with a lack of investment in any of their fates no matter how badly the writer insists that we care. Therefore, the circumstances surrounding Jean’s increase in powers, her change to the dark side and her subsequent “redemption” don’t hold nearly as much sway as Kinberg would probably have wanted.

Rather than using the Shi-Ar as the alien race that is after The Phoenix Force, the lesser known D’Bari are introduced. For the casual moviegoer, this isn’t necessarily an issue, but the X-Men fans will be left shaking their heads wondering “Why?”. Jessica Chastain, who is normally fantastic, does what she can with the role she was given but seems rather flat as the villain and, instead, feels like she’s only there to give some kind of push back to the heroes. This serves to lessen the feeling of Jean Grey being the villain of the piece (as she should be in a movie titled after her darker alter ego). It also leaves Sophie Turner‘s performance feeling a little wooden, in my opinion. Normally James McAvoy and Michael Fassbender have been the standouts in this latest crop of X-films and whether it was the knowledge that this was their last outing in the roles of Professor X and Magneto, respectively, or just due to the weak writing, even they seemed tired of it all. For me, the stars who really seemed invested were Tye Sheridan as Cyclops and Kodi Smit-McPhee as Nightcrawler. Even Jennifer Lawrence seemed like she had mentally checked out in this one.

At the end of the day, the film has one or two decent action sequences but suffers from bad writing, a hurried plot and an ending that lacks any kind of punch at all. If you’re a fan of the X-Men comics, this movie will not be a winner for you. If you’ve enjoyed the previous X-Men films, then you might find a few enjoyable moments, but chances are you’ve already enjoyed those moments when this plot was done better back in 2006 with the 3rd film. On a scale of 1 – 10, Cerebro cannot detect anything above a 3.5. If you’re in the mood for a movie this weekend, may I suggest checking out ‘Rocketman’, ‘Brightburn’ or ‘Godzilla’ and save this one for Redbox or Netflix. For me, it’s very sad to see my favorite Marvel superheroes team go out on such a low note. 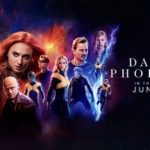