Reviewed on PC. Also available on PS4 and Xbox One.

After over 6 years we are now given another sequel in the Darksiders series with the release of Darksiders III. With many other action games being released since Darksiders II, I wondered how well could Darksiders III stand up against games like God of War, Bayonetta 2 and Metal Gear Rising: Revengeance.  The plot of the game is that you take control of Fury, one of the four horsemen who has been given the task to take out the Seven Deadly Sins to bring balance on Earth. After witnessing War’s sentencing from the Charred Council, she sets off with a Watcher by her side to begin her tasks. Along the way she comes across Vulgrim, a demon who you’ll meet to level up with souls earned from defeating enemies and to fast travel to different points in the game. The plot setup is pretty simple and even if you haven’t played previous entries, you won’t be lost in Fury’s story.

One of the high points here is how the pacing and story beats happen quick and go hand in hand when getting new upgrades and abilities throughout the game. The cast also does a remarkable job, especially Cissy Jones who voices Fury. You can feel how much fun everyone is having voicing these characters and as you go through your journey, you’ll quickly come to liking Fury and her Watcher with the fun little conversations that they have together.  Combat is very simple and easy to control. You have a main and sub-weapon for your main attacks and a dodge roll when timed right will give you an upper hand to land some hits in on the enemy with what’s called arcane damage.  You also have 2 other meters for other attacks that fill as you attack and defeat enemies. One is the Wrath bar when full you can activate it to give bigger damage attacks for a short amount of time. The other spiral meter, when filled and activated, will put you in Havoc mode.  This mode refills your health while landing attacks on your enemies. While the combat itself isn’t completely perfect, it is far more enjoyable than some older action games like Castlevania: Lords of Shadow which I finished for the first time recently. Enemy moves are telegraph well enough to give you the opportunity to dodge and I only found some small frustration when enemies would come in and attack from outside of my camera view and I feel this could be dealt with if the camera was panned a bit farther back when enemies surround you. 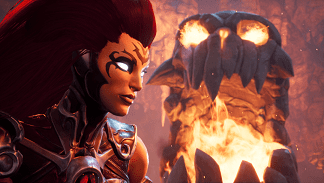 Defeating enemies will land you souls to turn in and as you level up, you’ll earn attribute points to implement on to either strengthen your health bar, strength, or arcane damage. Weapons are also able to add accessories to give a boost in stats for health and damage with both also being able to be upgraded by a weapons smith.  These require materials you will find throughout the game. When dying, you’ll return to the last fast travel spot you were at. You also lose your souls but they can be collected in the area where you died and can still be retrieved in that spot if you die again prior to recollecting them. Returning to the fast travel spot was one of my biggest gripes while playing because I felt like it really broke the pacing of the game instead of just spawning me back to an area outside of where I died. The game’s visuals are definitely a step up from the previous entries but they won’t stand up against anything from major AAA studios.  The art direction though from this series helps it really well to not only keep the game visually appealing but will help keep the game aging well in the visual department.  Performance is a mixed bag as I would always run into slowdowns but thankfully it was never anything major to where it would cause any deaths or make want to stop playing. 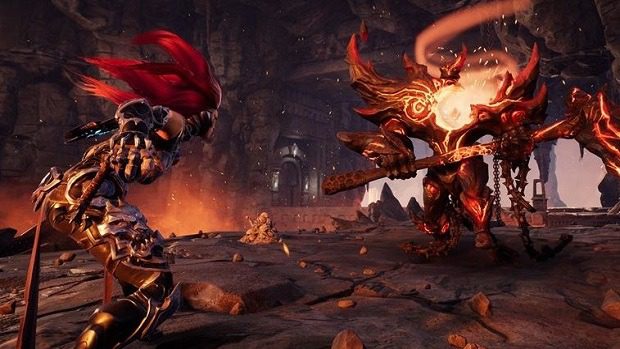 At the end of the day, the best thing I can say is that I was having fun playing this game from the moment I started.  It doesn’t take long for them to start throwing the ball at you and before you know it, you’ll have already killed 2 sins and want to get to the next one as soon as possible.  The way the game handles it’s death and spawn points may or may not annoy you, but as far as action games go, this is one I can definitely recommend to ride in on with your noble steed.