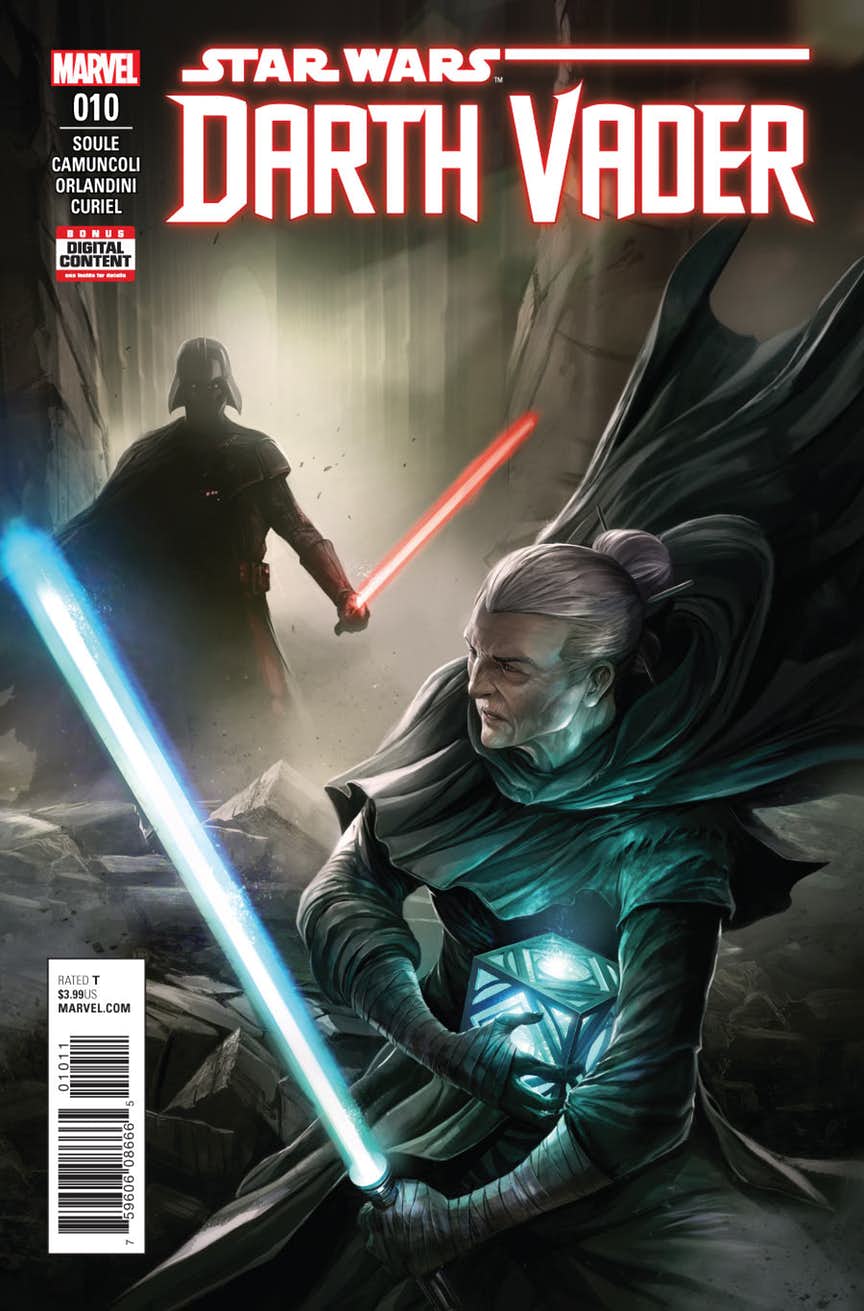 Darth Vader #10 opens with Lord Vader facing down Jedi Archivist, Jocasta Nu, in the former Jedi Temple. This opening confrontation is a perfect setting for an excellent issue. Writer Charles Soule provides readers with a book that is equal parts action, lore, and character development. Soule’s approach to the title provides a rare balance in Star Wars comics where both casual readers and long-term followers will find enjoyment.

This relaunched Darth Vader series started with the final scene in 2005’s Revenge of the Sith and follows a young Darth Vader still transitioning from Anakin Skywalker. This internal conflict and transition is framed well in this issue as Vader confronts Jocasta Nu in his former Jedi Temple. Jocasta Nu returned to the Temple to retrieve a list of force sensitive children, but Vader’s confrontation with Nu quickly changes from retrieving the list to protecting his identity. The Jedi Archivist knows that he was Anakin Skywalker and the central confrontation for the issue comes from how Vader deals with Nu’s knowledge.

Soule’s writing maintains a fast pace but provides quiet moments and panels for Vader as a character. In the period of time right after the start of the Empire, Vader is building his reputation but is still an unknown presence. Soule provides an example of this when clone troopers begin firing on Vader thinking he is a Jedi with a lightsaber. Vader #10 provides examples of Vader’s rage and power, but it demonstrates his lack of confidence and paranoia as well.

While Star Wars fans, may wish for more dialog between these Vader and Nu, the limited conversations are enough to further develop each character. Readers get a satisfying portrayal of a prominent Jedi from the prequel era who holds her own against Vader and the clone troopers. Soule’s script never falls into fan service and accomplishes much through Giuseppe Camuncoli’s art. Camuncoli’s action scenes have a sense of movement and flow necessary for Jedi combat. Vader’s slender depiction portrays his current youth and greater mobility. Some of Camuncoli’s human faces have strong lines that evoke the style of John Romita Jr., but the angled faces are offset by the curved helmets of Vader and the troopers. 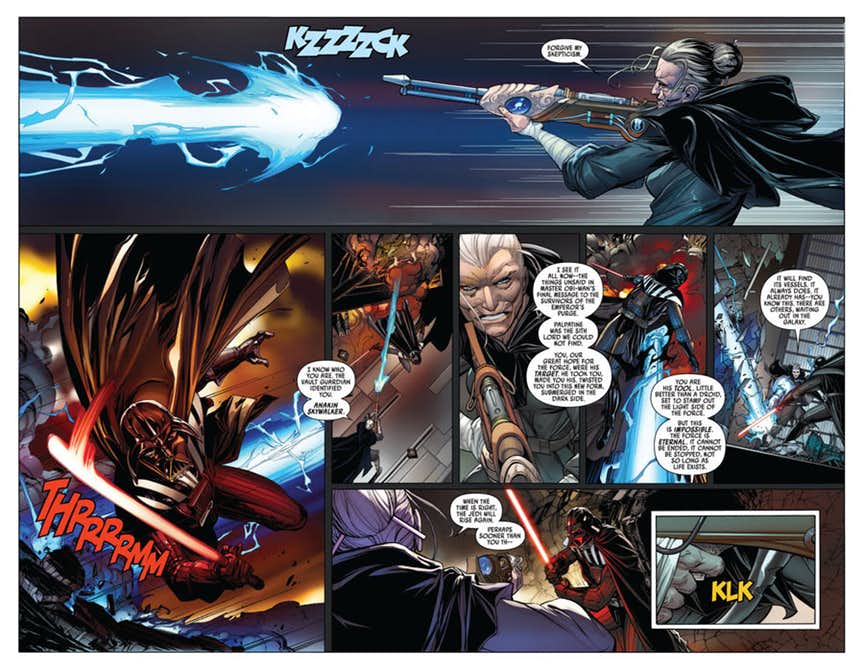 Writer Charles Soule approaches Vader as a nuanced and flawed character and this issue carries greater meaning because of it. Darth Vader #10 is strong in the force and easy to recommend for any Star Wars fan.