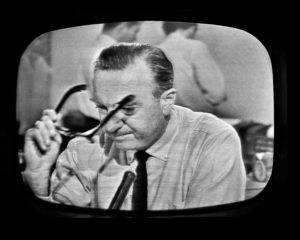 David Gordon Green has the release of his Halloween sequel this October, but next will be tackling a non-genre film with the JFK assassination film Newsflash.

Newsflash will tell the story of the 1963 assassination of JFK from the perspectives of the reporters who covered it. The cast consists of Seth Rogen as Walter Cronkite, Logan Lerman as Dan Rather, Bryan Cranston as Jim Aubrey, and Mark Ruffalo as Don Hewitt.

Omega Underground has learned that they hope to begin filming by early March in New York City.

The film is currently without a release date.