The live-action adaptation of DC’s character, Captain Marvel is gearing into gear for production next year and it has found its actor to portray the titular superhero that shouts SHAZAM!  Zachary Levi will be the super-powered version of Billy Batson. Batson is only a small boy when he receives his powers from the wizard Shazam, but once he does and finally yells out the iconic frachise, he becomes a powerful champion for good with the powers of a God.

Levi is best known for voicing the character Flynn Rider in Disney’s Tangled, he also plays as Fandral in Thor: The Dark World and Thor: Ragnarok. Perhaps his most famous role is from the series Chuck as he played the main character in that long-running series. The film is still to be directed by David F. Sandberg and is set to release in April of 2019. 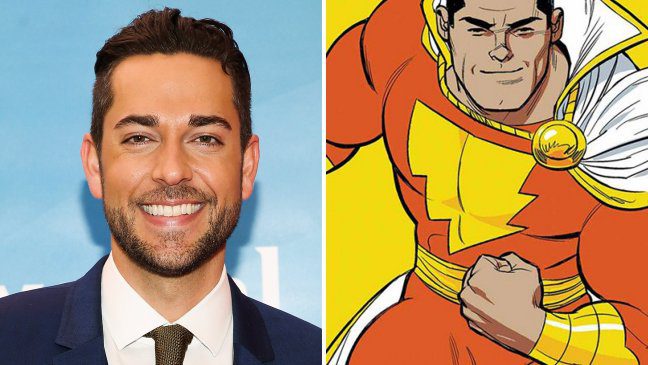 Now if you don’t mind as I leave my office to go outside and scream out SHAZAM, to relay my excitement!

Have you seen this:
The Batgirl Film Finds its Directors