While the upcoming live-action Titans series is getting rejuvenated for Warner Brothers own streaming service. A brand new core team breakdown as been revealed thanks to our friends over at The Hashtag Show. This team seems to be completely different than the team that was revealed back in 2015 when the show was going to premiere on TNT. This team is more like the original team from the beloved cartoon which according to them could include Raven, Starfire and Beast Boy. As well as the already confirmed Nightwing. Noticeable absence is fan-favorite Cyborg…but it maybe because the character will debut this year in Justice League played by Ray Fisher.

Check out the breakdowns:

[John Crossland]Male, late 20s-early 30s, Caucasian. Equal parts charm and impenetrability, John is a cop. He has a nice smile, tired eyes and a cool, distant manner. However, when provoked, his eyes are so lethal “they drain a man of every last bit of spleen.” John is haunted by the murder of his family. Unbeknownst to those around him, he is also a vigilante. In the shadows, he fights with the commitment and conviction of an artist, the brutal grace of a dancer. Mentally and physically, he is covered in a map of scars. And though he fights to escape his past, it is often a losing battle…SERIES LEAD 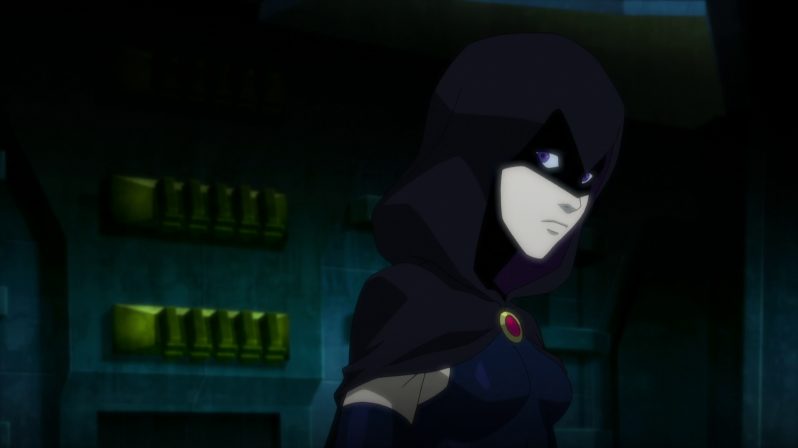 [SARAH]Female, Mid teens, Open Ethnicity. Troubled, bullied, often scared but unwilling to show it, Sarah is a loner more comfortable hiding in her hoodie than making friends. Haunted by a dark force inside her, Sarah experiences violent episodes that she cannot understand or control. She is also plagued by recurring nightmares that lead her across the country in search of help…SERIES REGULAR

[Casey]Female, 20s, Open ethnicity. Casey is a tall, stunning woman, her beauty so magnificent it’s almost inhuman. Elegant, refined and mysterious, she is on the hunt to discover who is trying to kill her and why. And those after her are in for a surprise because she’s more deadly than anyone they’ve ever encountered…SERIES REGULAR

[JAX]Male, Mid-late teens, Open Ethnicity, Asian preferred. Funny and charming, this amateur thief’s humor hides his insecurities and past pain. Not the toughest kid on the streets, he’s learned to survive in the world with his wit and quick-thinking…SERIES REGULAR

We at Omega Underground had learned that production on Titans is expected to begin this September in Atlanta. So expetced casting to be announced very soon…

Titans TV Series
Are you an Insider?News, reviews, & updates are just the beginning.