Let’s gets this out of the way, this movie is terrible. There is bad cinema, there is cult cinema, and then there is this. Dead Trigger transcends bad movie making in a way that I have only seen a handful of times in my life. This is Asylum levels of bad. But even in this hulking turd, there is something special to be found for those who are willing to take the journey into one of the worst action films ever made. I’m going to say this and I stand by it.

Dead Trigger is “The Room” of action movies. 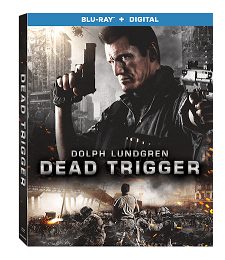 For those of us who have been raised on shows like Mystery Science 3000, or watched way too much Joe Bob Briggs and Monster Vision, Dead Trigger is the kind of gooey, stinky cheese that can make for excellent humor. Mind you the movie doesn’t set out to be bad, it just happened, and that’s what makes this glorious hunk of junk worthwhile.

The film is set in 2025 in Terminal City. Lundgren plays military hard-ass Walker. The tortured soldier, with a dark and mysterious past, who is the hard-nosed, cold-blooded leader of the C.S.U. – a new branch of the military; the Contagion Special Unit.

The C.S.U. recruits from the players of a virtual reality game called, you guessed it, Dead Trigger. These players are offered everything from revenge to money, to freedom to get them to enlist. This ragtag group of misfits is made up of all your typical racial stereotypes. The Asian guy is a genius hacker; the African American guy is a street talking thief, the spooky white chick is only good with a sword…because she’s crazy and likes to stab things?!?

It doesn’t really matter because within the first thirty-five minutes this squad of rookies has been cut down and killed to just a pair of survivors and Walker. The team is called in to save a doctor who might have the zombie cure, shit hits the fan and that’s how most of the team is lost…well, we also lose a couple during training… ala Starship Troopers, but we don’t even get more than a name and a death from these throwaway characters.

Here is what you need to know.

This movie looks and plays cheap. The production value is really low, but somehow the producers were able to afford CGI muzzle flashes and blood splatter. The violence and gore are second rate; you’d much better zombie effects on your average episode of the Walking Dead. The acting is cringe-worthy, the sets are terrible, the story is scattered, and the ending…without giving away the ending, it’s a big fuck you to the audience that sat through this monstrosity.

Have you seen this:
X-Men: The Art and Making of the Animated Series (REVIEW) 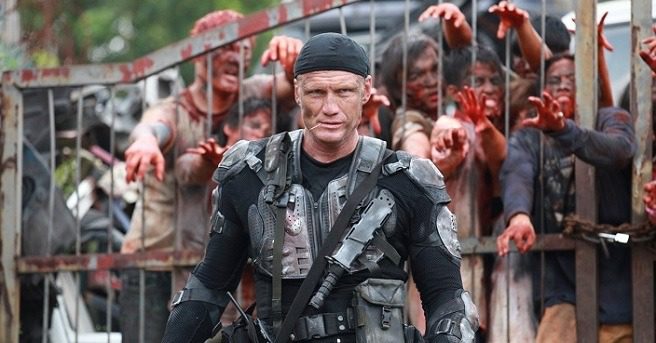 Dolph Lundgren sleepwalks his way through this film, the rest of the cast (save for two other name actors) are virtual nobodies. For all the promise that an action movie like this might have, Dead Trigger made every effort to do the worst possible job of executing the plot, the characters, the setting…it’s all bad. So bad that it becomes funny.

I wouldn’t waste any time or money on this movie unless you have a group of friends and a stocked bar ready to make fun of this one. Dead Trigger is destined for the Rifftrax and MST3K pile.