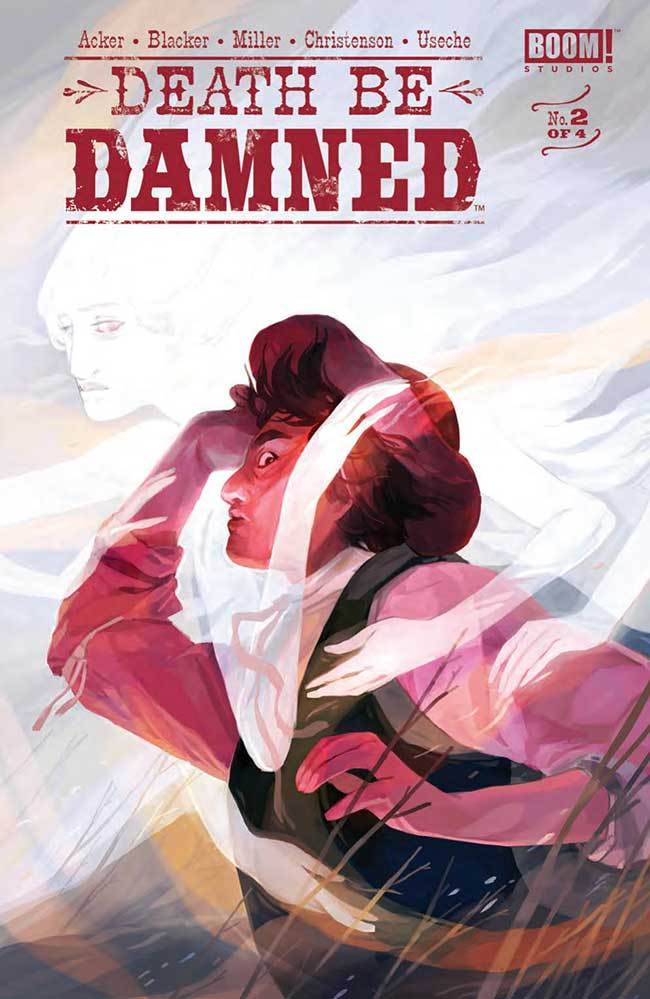 Miranda has been having a pretty rough life after her multiple deaths. After getting shot by the mortician at the end of the first issue, she finds herself in the Underneath, a world beyond death where she sees the moments that have shaped her new life floating around her. When she wakes again, she and the mortician have another conversation about both her revenge and his desire. While neither of them seems to be getting what they want from the conversation, the mortician (Joseph) leaves Miranda with a dire warning about what might happen if the revenge inclined woman neglects the purpose of the gift she’s been given.

Joseph’s motivations were slightly hard to grasp in the first issue, but the scene where he goes home puts his desire and need into clear focus in a brilliant moment of both prose and picture. Hannah Christenson really nailed that moment beautifully. Miranda’s back story is compelling as she continues 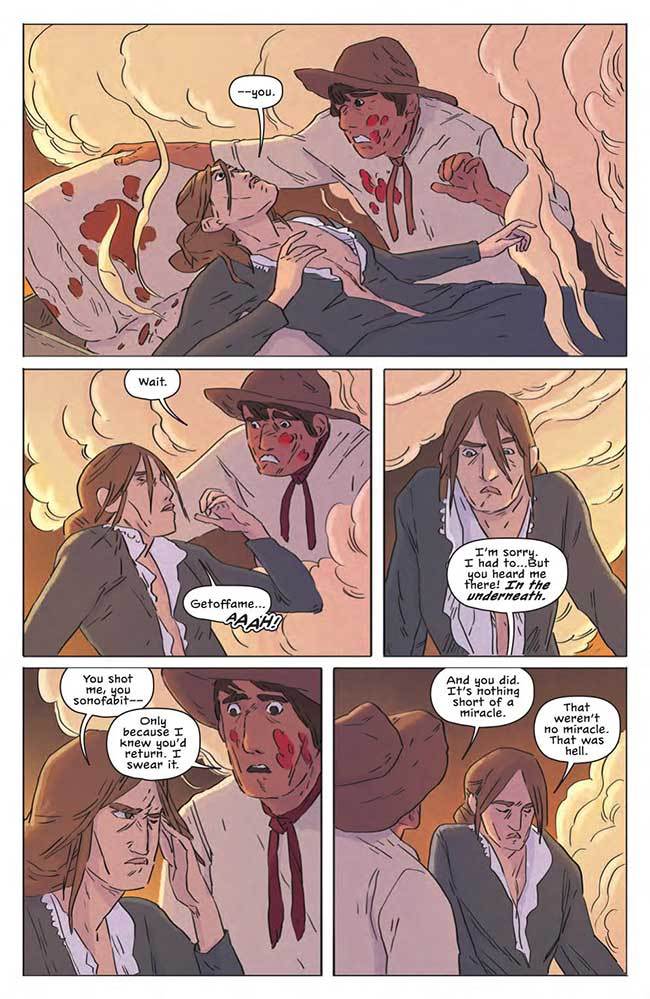 to track her quarry. Meanwhile, two thieves get more than they bargained for when trying to rob the dead. As Miranda gets the drop on the men who killed her family, she’s given another introduction to the Underneath and this time even Joseph might not be in time to help her.

The mystery deepens and the answers we’re given lead to bigger questions. Acker, Blacker and Miller continue to weave a dense and engrossing tale of love, revenge and the afterlife in this second issue. The pacing is well done with really effective action beats punctuated by a narrative that is both tragic and triumphant in its own way. Miranda and Joseph are well done characters whose passions are rooted in tangible desires that ultimately might not be satisfied, but are compelling to read. Hannah Chritenson’s artwork is well suited to this narrative and there is a brilliant, visceral quality to her depiction of the Underneath. The panels depicting Joseph and his home life are especially tragic and haunting. I look forward to the next issue.