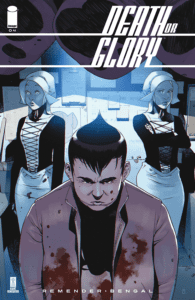 Death or Glory constantly uses themes and imagery of car racing throughout the comic and it has become even more relevant because this issue had my heart racing. We pick up immediately after we left off in the previous issue. Glory and Pablo’s niece, Isabelle, are attempting to escape the butcher shop alive and with the money Glory desperately needs for her father’s liver transplant.

This comic and this issue particularly is very action packed. Despite reading a 2D comic I 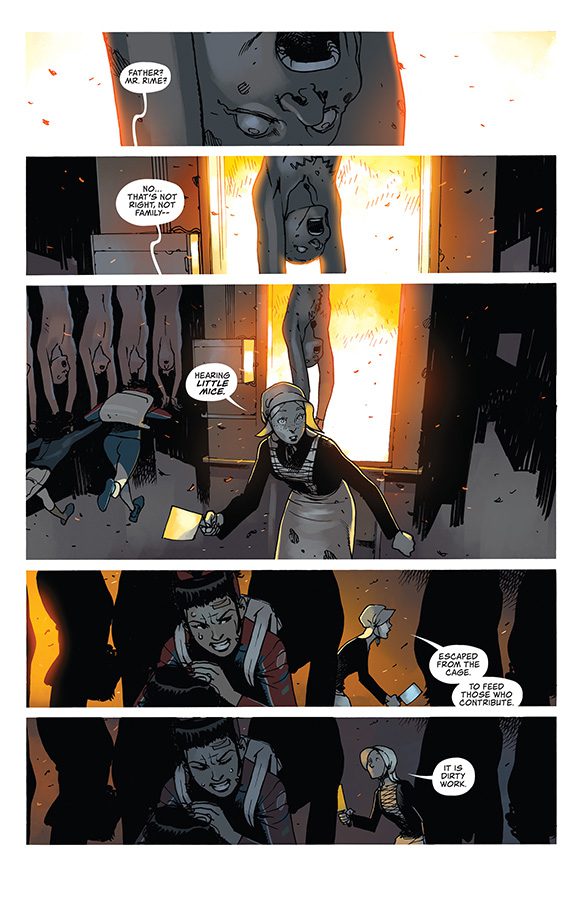 felt like I was watching a car chase out of a Fast and Furious movie. Bengal’s art style creates a realism in the way the characters and cars move. Main character Glory never seems to be bent out of portion despite tackling people, throwing herself away from explosions and driving cars at breakneck speeds. The art makes everyone look like they are moving fast without losing any detail.

Furthermore, Rus Wooton’s lettering compliments both the fast pace story and artwork. All of these elements connect beautifully during the main car chase of the issue. It takes the extraordinary talent from a creative team to make a 2D action scene carry the same weight and emotion as something that would appear on a screen.

Death or Glory’s story delves into the heartache of complicated moral questions regarding healthcare, domestic violence, loyalty to those we love and immigration. Rick Remender has created a world that feels eerily as our own. We do not want to believe this could happen in our country, but it can.

This issue, as well as the last three, have all been fantastic. This book is filled with twists and turns and I look forward to what this team has in store for us. If you have not read it yet I highly recommend picking up the previous issues as well as this one.