Death Squared is a puzzler recently released on the Nintendo Switch, where you can play solo, between two-players or four-players. Each player guides a colored block to their corresponding colored objective placed somewhere in the map. It’s much more complicated than it sounds, as there are boobytraps, lasers, and moving platforms which prevent you from reaching your goal. Every action you take has a reaction so one wrong move and you can sabotage your teammate, restarting the entire level.

Death Squared has a single player story mode which is great but the most exciting, rewarding and most frustrating way to play this game is with others. I say this in the best way possible. Be prepared because there may be some yelling involved. When playing multiplayer, the game requires a lot of communication to reach your objective. Once you have reached your objective, there is a three second moment of relief until the you realize how difficult the next level is. There are 80 levels total, each more difficult than the last. 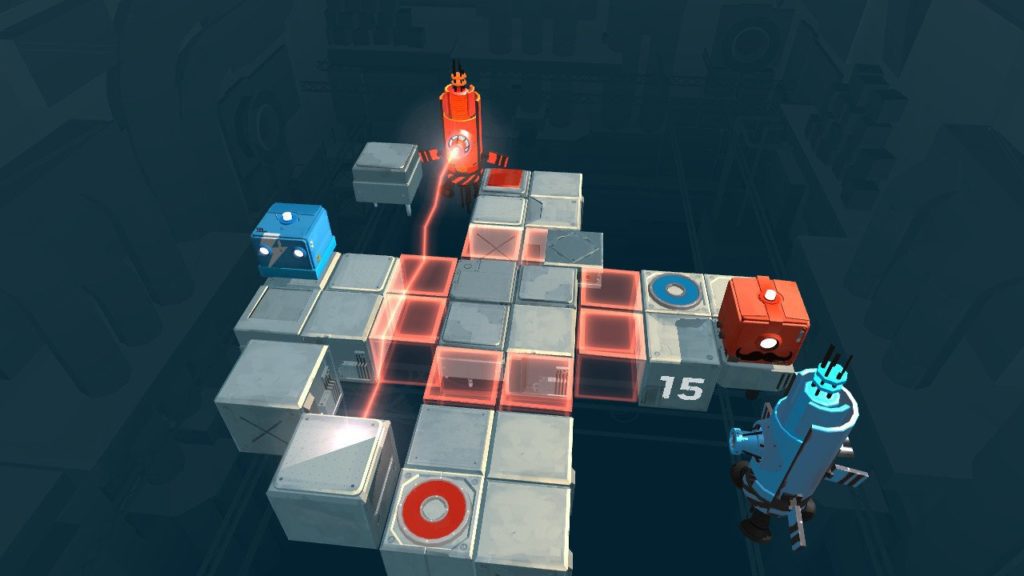 I have to admit something. You know those early Switch commercials where there would be clips of folks playing at a bar or party? If you were like me, I’m sure you thought, “that’s never going to happen”. I was wrong, I took my Switch to a local bar with me, along with this game and after a few drinks and attempting to grind past the 40th level with some friends, we were the ones told to keep it down. This game has the ability to bring the best or the worst out of you.

Now, I did have some trouble with placement in the game. Although you have free range in the direction you can move your block, I found myself often accidentally falling off the ledge. This to me would be much simpler if the D-Pad could be used to move your character versus the joystick.

The only voices in the game can be heard from Iris and David, who chat back-and-forth with each other as you progress throughout the game; background commentary in a way. They are essentially just voices in the game. This actually reminds me of GLaDOS from the Portal series, just not as crazy.

Death Squared is the perfect game for the Nintendo Switch. Play on-the-go, at home, or in my experience, at a bar. I haven’t played this game on any other console, but I wouldn’t imagine it is nearly as fun as playing on the Nintendo Switch. Be prepared to have your friendships tested.