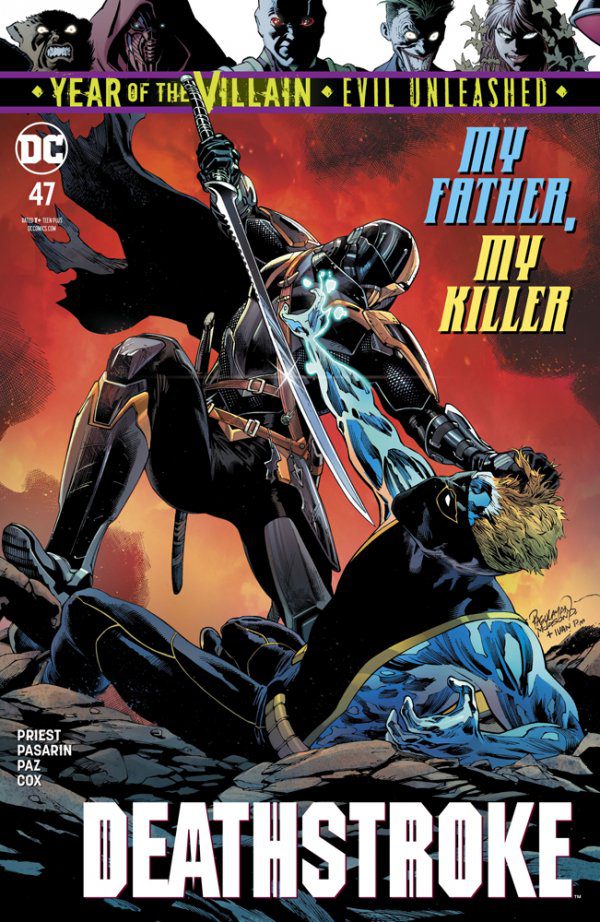 Well, well. Just when it seems like Christopher Priest was taking Deathstroke in an odd direction before he stepped away from the series, he proved once again why he writes this story better than anyone.

Deathstroke #47 is one of the best Priest has written throughout his impressive run — and that’s saying something. Combined with some intense imagery, this story takes each of the series’ three most important characters down unexpected paths.

And now we’re left hungry for even more.

(Warning: Spoilers for Deathstroke #47 ahead.)

Who would’ve guessed Jericho would’ve abused the power the Legion of Doom gave him? Oh, wait, everyone saw that coming?

For all the good this guy has, there’s always been an air about him I didn’t like. It seems like he’s always searching for control. In fairness, can you blame him? It’s not like he grew up in what most would call a stable household.

Had it not been for one major detail — which we’ll get to next — Rose Wilson’s interaction with Red Arrow would’ve been the most surprising occurrence of Deathstroke #47. As much as I was being sarcastic about Jericho, I truly did not expect Rose Wilson to forgive someone for killing her father. She’s clearly been impacted by his death most. It really struck a chord, yet she didn’t kill Red Arrow. Stunning.

Obviously, the biggest shock of the issue was Slade’s return. To quote Pippin Took in Lord of the Rings: Return of the King,” when he tried to save Faramir from his stupid father, Denethor, “He’s not dead!” (Took a long way for a stupid line, I know.)

So glad he’s back, but he’s clearly not himself. He’s been out for a while, so that’s understandable. But killing Hosun and a cop without a contract or either trying to kill him, well, that’s simply not how Deathstroke operate.

Have you seen this:
SKATEBIRD (REVIEW)

I get the feeling he’s about to go on a rampage.

Lastly, I like the new outfit. I don’t love it like I did the Ikon suit, but it’s cool.