The sequel to Deep Blue Sea, which basically isn’t a sequel, takes place in an underwater facility very much like the one in the original. It’s a top-secret project and Dr. Misty Calhoun(Danielle Savre) is invited into the lab to help with whatever this project is. She instantly questions the motives of the experiments and tests being run on these sharks. She realizes they’re bull sharks. Bull sharks are basically the most aggressive sharks in the entire sea. What she thought she was assisting was using their DNA for research for pharmaceutical research for things like antibiotics turns out to be terrifyingly false, the horror ensues. What happens next is beyond anything she imagined. Super intelligent sharks created by a doctor with a god complex (Michael Beach) play games with their creators and the people who came to help that a maniacal human could oh, and babies too.

Deep Blue Sea 2 only has a few similarities to the first. The very beginning of the film we find out the project is screwed so no surprises to come. 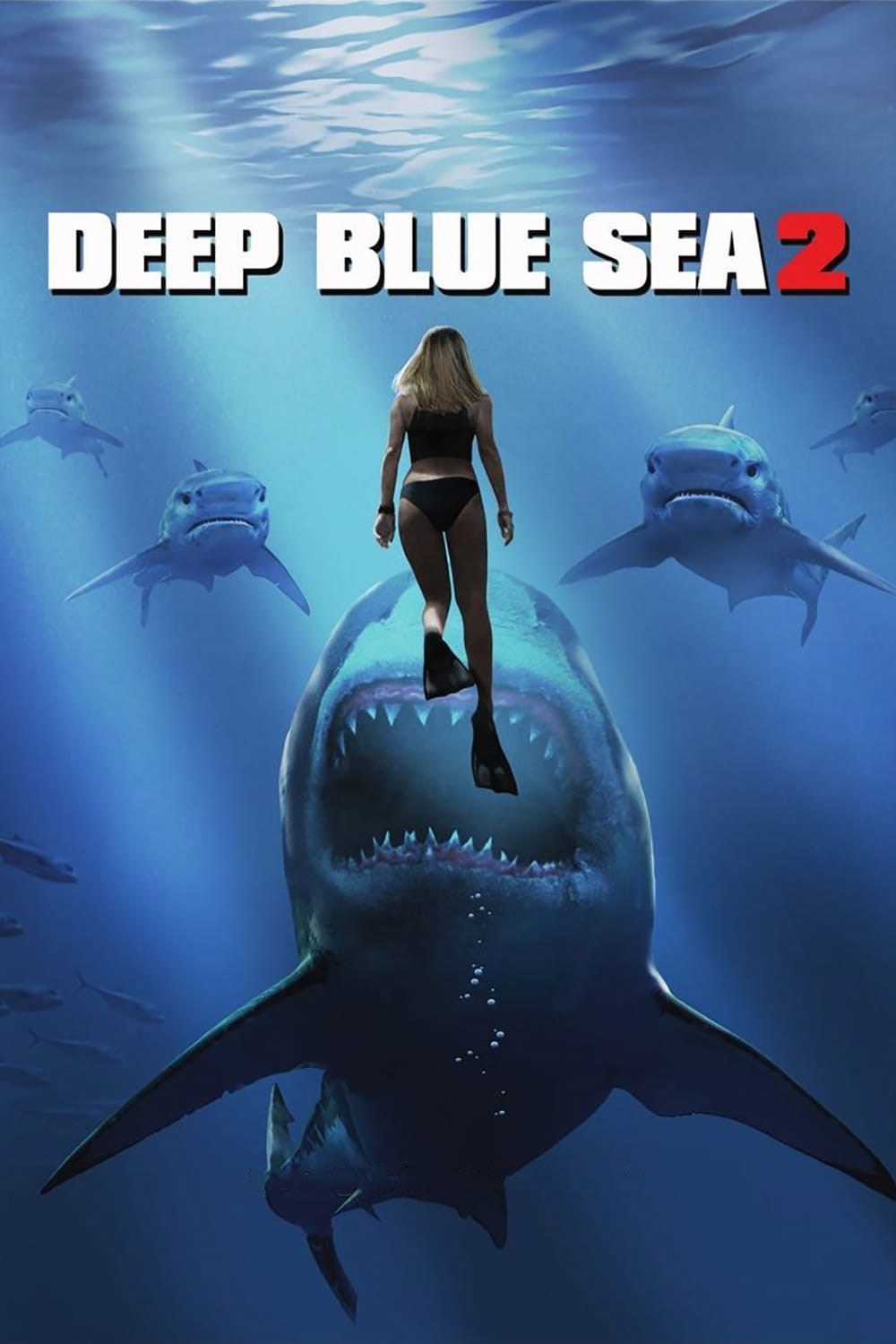 Understandably as it’s a straight to digital release, it had very generic dialogue. It’s predictable in many ways but also I kind of wanted to see how the characters would respond to the next problem. Michael Beach’s character played the standard madman with a god complex. Hyped up on the drugs he’s giving the sharks it was actually comical that they were smarter than him in many ways. When the big reveal came out about his whole motive it was less than satisfying but not completely horrible. He’s a good actor, just bad scripting.

There’s, of course, the character who sympathizes with the villains and we expect her not to die. That’d be Dr. Misty Calhoun again. She’s basically this whole movie. There’s also the self-sacrificing hero trying to save the remaining few by jumping into the ‘ring of fire’ so to speak. There’s not too much to say about this movie except it’s watchable for what it is. It ’s run of the mill B-Rate horror film. I have the tendency to indulge in these type of films quite often. Believe it or not, the graphics weren’t close to horrible for a shark film. Even higher budget movies I’ve seen with sharks in them have had worse CGI. I didn’t lose complete interest which I do with a lot of these lower rated films so it’s good for a watch on a rainy day if you’re on a horror binge. If you enjoyed the first film, at least watch out of curiosity.

Have you seen this:
FIII Driifter Dnc Plus Bluetooth Earbuds REVIEW