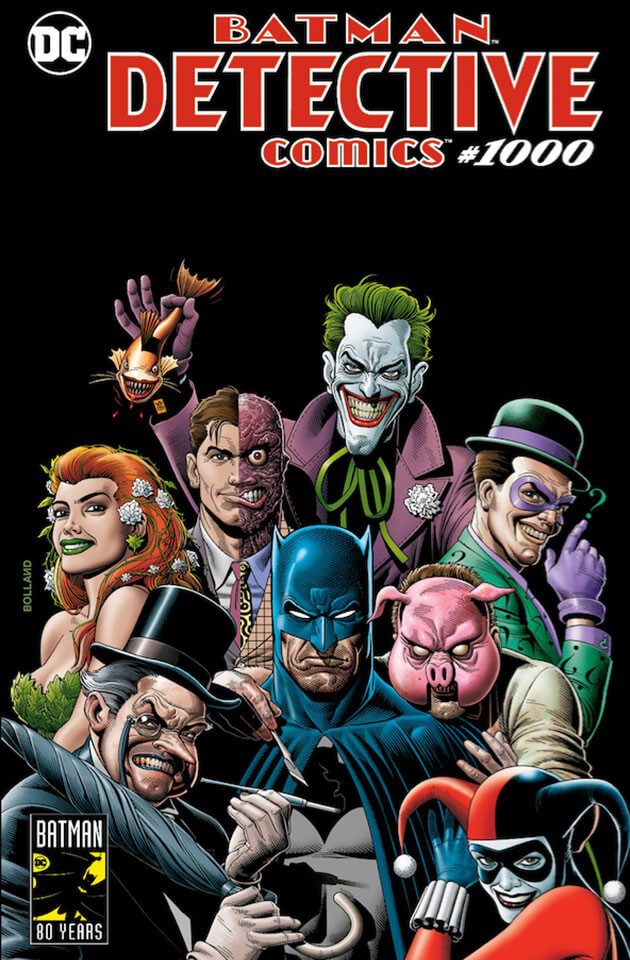 This is it. The long-awaited milestone has finally come to pass. A comic 80 years in the making is here and is a showcase of the comic book industry’s top talent from start to finish. I could breakdown all of the offerings in this tome; like Kevin Smith and Jim Lee bringing more heart to the character’s origin then anything fans have seen in the last twenty years, or how Peter J. Tomasi and Doug Mahnke are kicking off the next 1000 issues with a new character named Arkham Knight, or how Brian Bendis and Alex Maleev take us into the twilight of Bruce Wayne’s life. I could… But this is a milestone.

This comic is more than a single installment in a long-running series; it’s a lasting testament to one of the most influential and recognizable characters that have been created by Western Civilization. For close to a century the Bat signal has become a universal symbol recognized and enjoyed across the globe. From third world countries to Main Street U.S.A. Batman is comics.

There have been countless articles and books written about the character of Bruce Wayne and his alter ego; there have been documentaries and films that discuss the real-life formation and influence of the Bat. There is little left here for me to delve into that the common casual person on the street doesn’t already know. We all know Batman. We already know from a young age that Batman is Bruce Wayne. We know he is an orphan, we know he fights crime, we know because Batman is the modern hero of America.

This issue contains everything you would expect from such a huge moment; all the supporting characters are here, all the villains, all the Easter eggs and tips of the hat to those that came before; the gang is all here to greet new and old fans alike and the cast is rendered by the best talent that the industry can offer. It is veritable who’s who of writers, artists, colorists, letterers and there is love poured into each page by each creator. Those that worked on this title wanted to show their respect to the character that has shaped and molded so many, not only readers but creators as well.

This is a must-own for every comic fan. Not because of any particular event in the issue, but because of what the issue represents. This is more than history for Batman; this is history for all of us that became comic book junkies over the years because of characters like Batman. This is our hallmark, our moment. Action Comics may have reached the milestone first, but Batman did it better.

When I started collecting comics in 1994 I never thought that I would be here at issue 1000. I didn’t envision comics still being so important in my life. To sit here behind this screen and write this review is a tremendous honor.

I grew up in a little mid-western town with a population of fewer than 2000 people. Comics were not abundant so you had to read whatever you could get your hands on. I remember stumbling across a copy of Batman #500 and thinking how incredible it was that the Batman was so awesome that he had lasted 500 hundred issues. Here I am all these years later… the feeling is still the same. The same sense of awe and wonder at the longevity of the character; the admiration for the love that this fictional creation has inspired from around the world, and I’m still a fan—more so now than I was back then.

If this comic accomplishes anything, it’s that it is a reminder to all of us why we fell in love with the dark knight, to begin with. It reminds us of how long we have watched Batman protect the streets of Gotham. It is a love letter to everything good in comics and it is a sentiment that will carry this title through the next 1000 issues. 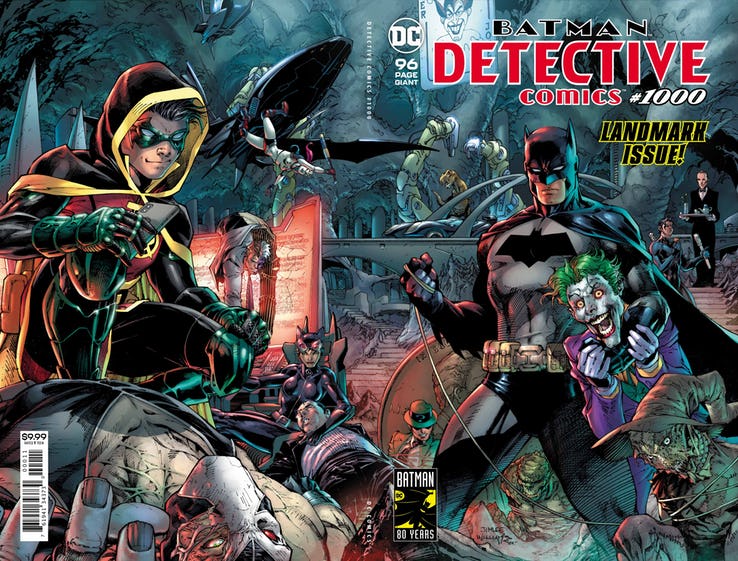 am. dc comics detective comics #1000. bat
Add your voice!Join the conversation on Discord...
Join Our Discord