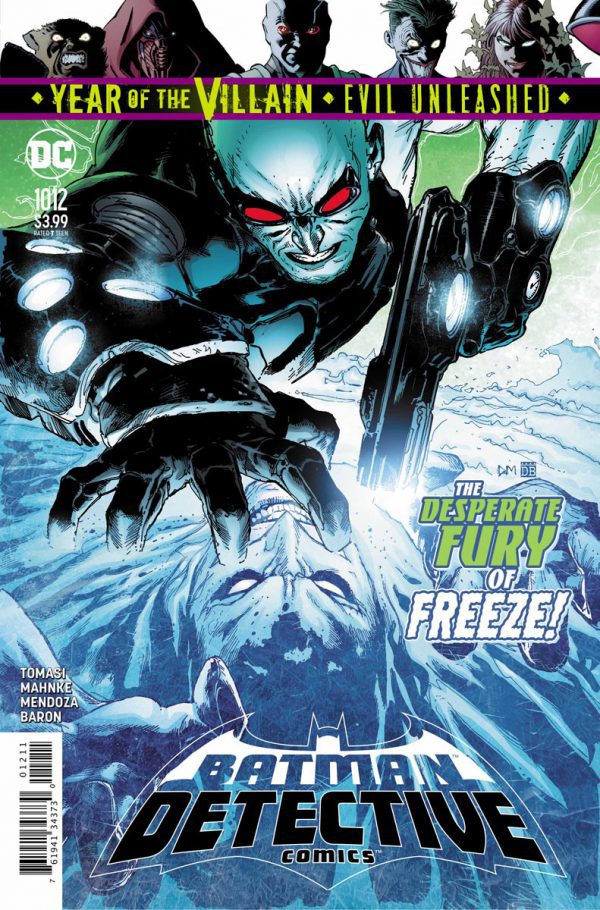 This issue is told in parallel points of view from the perspective of both Batman and Mr. Freeze.

Women are being abducted all over Gotham City and no one can figure out why. When one of the women escapes the attack, Batman teams up with Bullock to find out why she was targeted as well the other women who look just like her.

Mr. Freeze has a plan. He believes that he finally has a means of bringing back his beloved Nora. Thanks to a gift from Lex Luthor, there is a serum that could do what he’s been trying to do for years. Freeze, being a scientist, will leave nothing to chance as he gathers women who are identical in appearance and health to Nora so he can test the serum on them first.

There is a lot of atmosphere in this issue. It’s grim and dark throughout and the serious tone of the plot and the dialogue are welcome. This is a serious Batman taking on a serious threat with some high stakes for the women taken by Freeze. I like the fact that Tomasi takes this tone with the story because it amplifies Batman’s determination as a detective and hero as well as increases the menace of Mr. Freeze as a villain.

The tone of this story and the darkness of its plot could not have been fully realized without the art of Doug Mahnke. Both the way the panels are laid out and the way the characters are rendered are fantastic. There is a seriousness to the art that perfectly complements the seriousness of the story.