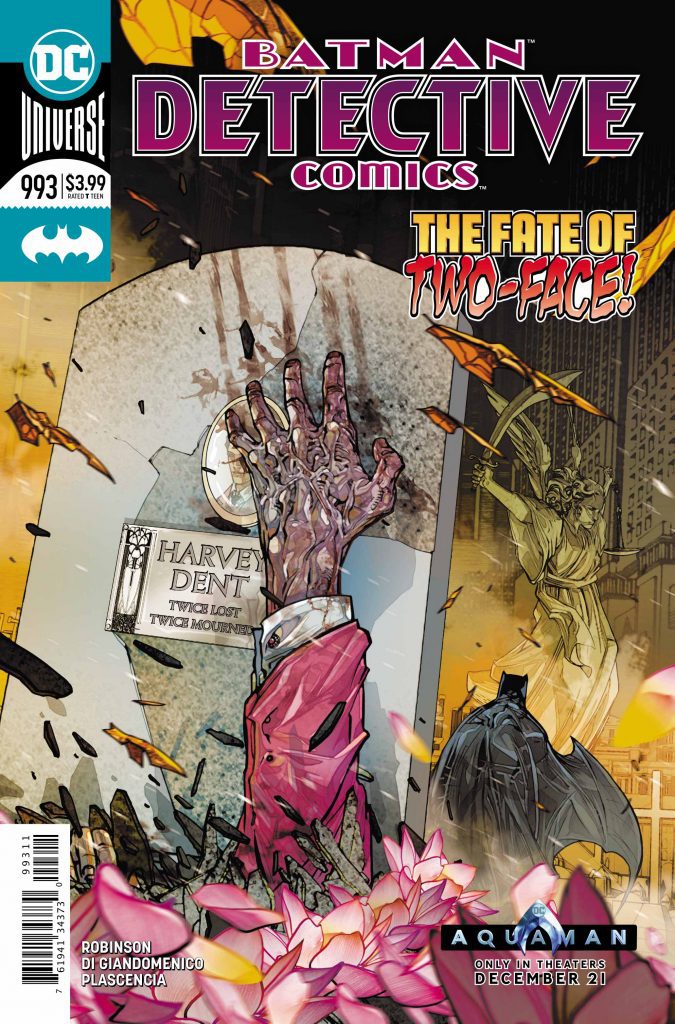 Two-Face and Batman come to an understanding in the Deface the Face finale.

The funeral for Harvey Dent begins this issue. Bruce, Alfred, and Gordon attend and listen to the priest eulogize Two-Face. Bruce decides to return to Wayne Enterprises rather than the manor because something doesn’t sit right. The eulogy praises Harvey’s actions and we see what happened in the tunnels under Gotham as Batman and Two-Face take on KOBRA.

The police are on their way, but Batman and Harvey don’t have time to waste and they go after the KOBRA team before they can poison Gotham’s water supply. The entire sequence in the tunnels is drawn beautifully. I loved all of the action in those panels. There are beautiful details throughout the issue, especially in that sequence.

Harvey sacrifices himself to blow up the device and end the threat. Even with the drama of the sacrifice, Batman is still in the role of detective. He knows something is wrong and the final act pulls in the story to a dramatic and awesome conclusion. I really loved the end of this issue both from an investigative standpoint, but also from a dramatic standpoint as well.

Robinson really pulls this story together well for a great conclusion. The dialogue is amazing and there are so many inventive and entertaining moments that are quintessential to Batman as the World’s Greatest Detective. The art is phenomenal from the first panel to the last page and there is a great kinetic energy to the action. A great conclusion that seems to be leading to something dynamic for Batman.