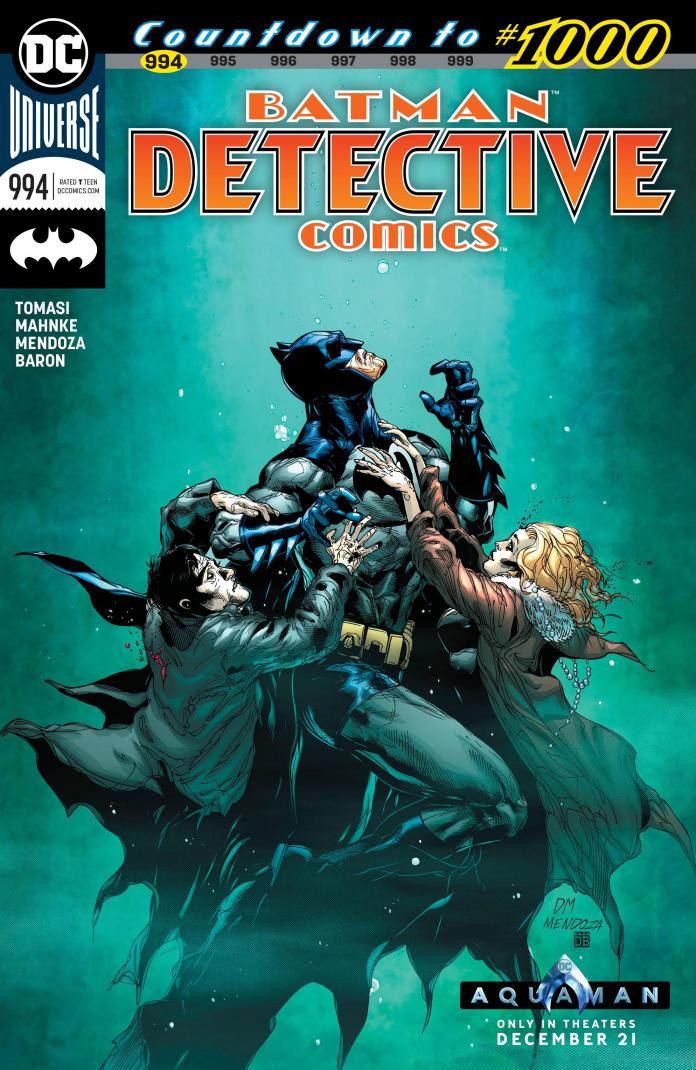 A new menace threatens both Batman and Bruce Wayne.

As Bruce remembers the moments and the legacy that brought him to this point, he and Gordon are at a new crime scene with victims that are too familiar. A couple has been murdered and placed in a tank at the Aquarium. A couple who are almost indistinguishable from Thomas and Martha Wayne. Even down to the clothes they were wearing, no detail is left out. Gordon is stumped, but Batman knows that these murders are not a coincidence.

When Leslie Tompkins is attacked at her clinic, she alerts Batman to the creature stalking her, holding the Bat Signal in its hands. Bruce races to the scene as police try to stop the creature, but he needs Leslie to go to the roof and jump to the opposite building so she can be safe. When Batman confronts the creature, he has to fight to save a falling Leslie, but it might already be too late as the doctor has been poisoned by something that looks eerily familiar.

This is a great issue. The first few pages draw you in with a mystery that aims for the heart of Bruce Wayne himself. You get to see the detective at work in those pages as he and Gordon go over the clues. Admittedly, the pearl moment seemed a little cliché, but it worked. Right when you think the investigation is going to become the main focus, the story goes for the jugular with the attack on Leslie right up to the dramatic conclusion and what it means for Bruce going forward. Tomasi does a great job of switching gears at that moment and delivering a satisfying finale.

The art by Doug Mahnke is brilliant and beautiful. I loved every panel from the dramatic reveal of the bodies in the aquarium to the brilliant closing page. Great artwork throughout.