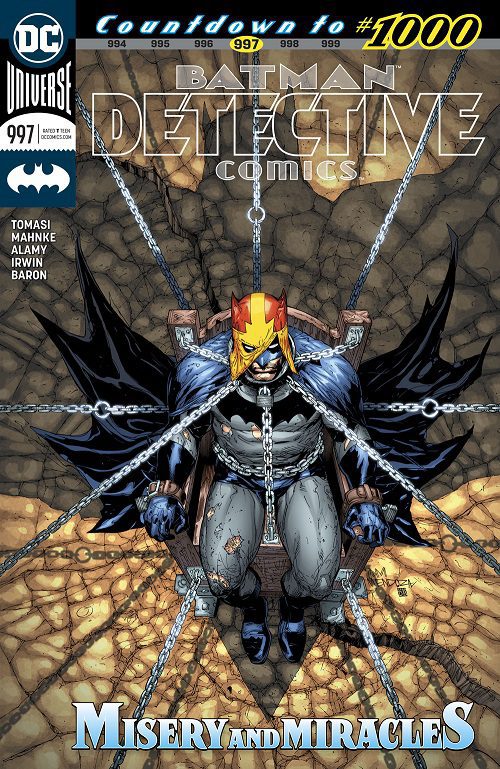 The looming threat that is dismantling the Dark Knight is getting closer to succeeding.

Whoever the mystery man is behind the attacks on Batman’s mentors has gone the extra mile in this latest attempt as he has both Batman and Thad Brown (Mr. Miracle) bound and chained in a room filling up with water swimming with hungry sharks.

The mystery villain has also anticipated what steps Batman may take to escape and when Bruce begins to make his move, that’s when the piranhas get released. Everything in this issue is brilliant and beautiful overkill as Batman must put his deductive skills into overdrive to both escape the room and save his dying mentor.

I continue to enjoy the concept of this story. Peter J Tomasi has taken on an interesting plot in attacking the people who shaped Batman. There are so many ways that it can go bad, but Tomasi writes a thoughtful and entertaining thriller with this arc.

Doug Mahnke’s art is amazing. Every panel is a master class in composition and detail. The art captures the tone of the story perfectly and matches the tension as well.