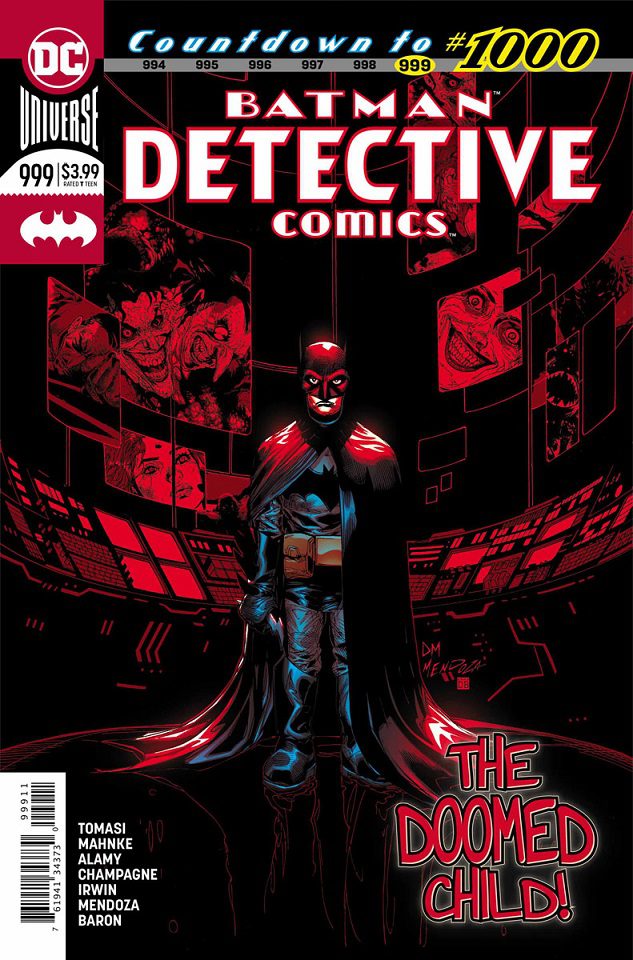 The force behind the creatures attacking Batman is revealed and it is himself.

A younger version of Bruce Wayne set this entire mystery in motion as a test for Batman. A test that will push Batman to his limits and force him to the edge of his sanity and beyond. Bruce refuses to hit a child, but when the doppelganger grows into a man with his same skills and knowledge, all bets are off.

What follows is a destructive trip through the triumphs and tragedies of both Bruce and Batman’s lives. A trip that will bring up every possible failure and every lesson learned as Batman tries to detect which one of his rogues is behind this and his other self tries to convince him that the culprit is a lot closer to home. The end of the issue will both cathartic and challenging for Bruce as revelations are made, promises are kept and the shocking truth behind all of it comes to light.

The Mythology storyline ends in the most quintessential Batman way possible. There is anger, confusion, mystery, catharsis, understanding and more throughout this story and it becomes a deeply personal look at the third victim of the murder of Thomas and Martha Wayne. Peter J Tomasi does an excellent job of pulling this story together and giving it an interesting and engaging ending before issue 1000. That being said, there was a mixture of emotions once the final reveals were made and not all of them were positive. While I enjoyed the issue overall, there were a couple of moments towards the end where everything that had been built through the story was conveniently explained, taking away some of the emotional impacts the previous stories established.

Doug Mahnke delivers some amazing art throughout this issue and both the emotional and action-oriented parts of this issue looked beautiful.