Diablo III is coming to the Nintendo Switch Trailer

Not only is this Blizzard port coming to the Nintendo Switch, similar to Skyrim, it will also feature Legend of Zelda exclusive items. These items include a Ganondorf-inspired armor set, a Triforce character portrait frame, and a Cucco pet. 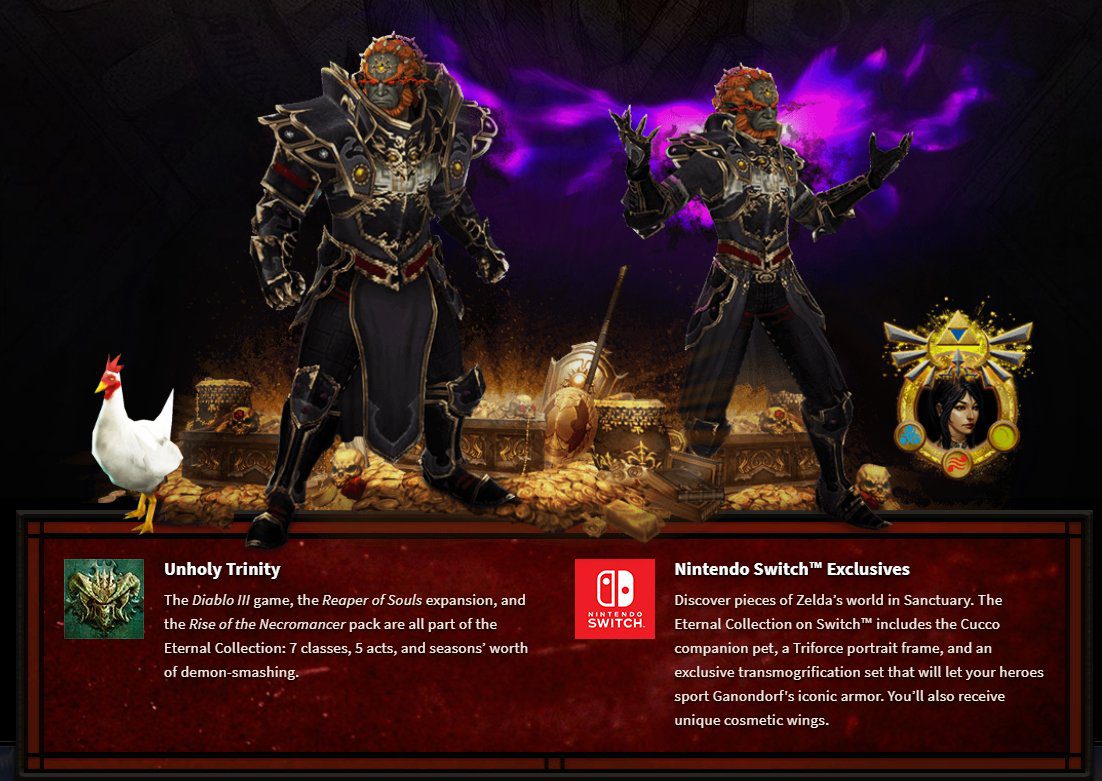 “The Eternal Collection is the definitive version of Diablo III, and we’re thrilled to team up with Nintendo to unleash it for Nintendo Switch gamers around the world later this year,” said Mike Morhaime, CEO and cofounder of Blizzard Entertainment. “Bringing the world together through epic entertainment is core to our mission at Blizzard—we can’t wait to welcome a new generation of demon-slayers to Sanctuary.”

“At Nintendo, we’re huge fans of rich and compelling games that speak to players around the world,” said Reggie Fils-Aime, Nintendo of America President and COO. “By partnering with companies like Blizzard, we’re able to create new ways of engaging with beloved content. Blizzard and Nintendo share a commitment to redefining the way people play games, and with Diablo III Eternal Collection for Nintendo Switch, that means players can now explore the vast world of Sanctuary anytime they like, and anywhere they go.”

Diablo 3 is going on 6 years now since it’s initial release on PC and the fanbase is still going strong. With Diablo 3 making it’s way onto the Nintendo Switch, could we be seeing more Blizzard titles following as well. With that said, come on Blizzard, please say Overwatch….