The Clown Princess of Crime is preparing to make her big screen return in WB Pictures’ aptly titled Birds of Prey: And The Emancipation of One Harley Quinn and before the wave of Harley fandom once again takes over the country we thought we would give you an in-depth look at what will be a hot commodity among the Harley Cult as they look to celebrate their vexing anti-hero. As a member of the Suicide Squad, Harley is subdued by still considered the wild card as her insane unconventionality make up for her lack of superpowers. Taking inspiration from the recent Suicide Squad comicbook run, this version of Harley Quinn sculpted by Jean St. Jean and standing approximately 8 inches tall features the clown princes, sitting atop a crate of dynamite, with her trust mallet by her side and sporting a look inspired by roller derby and mayhem at first glance it is quintessential Quinnzel. 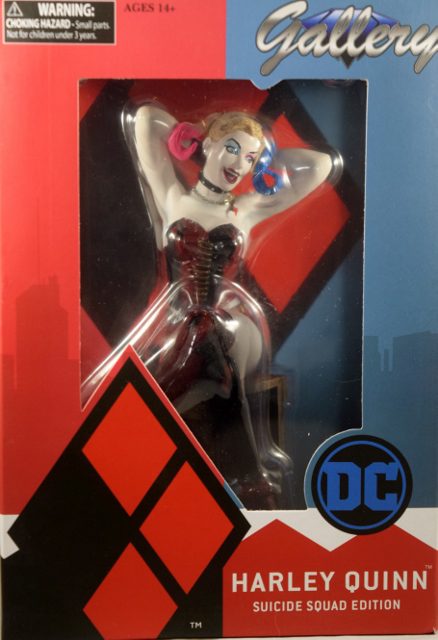 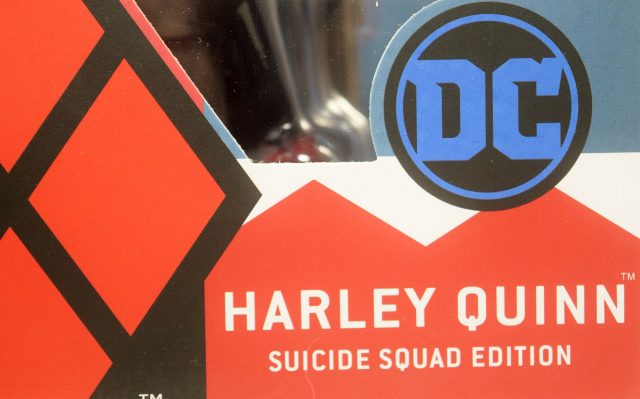 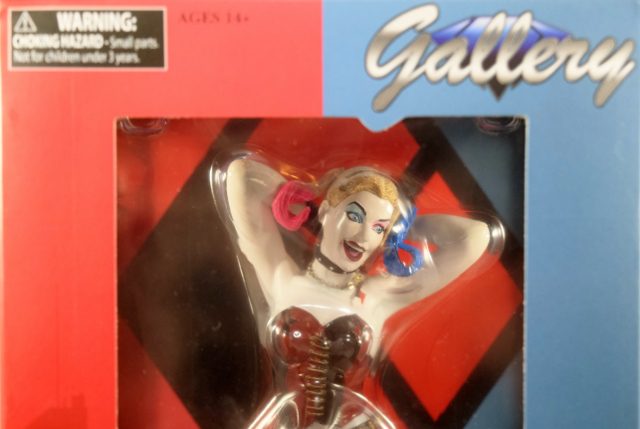 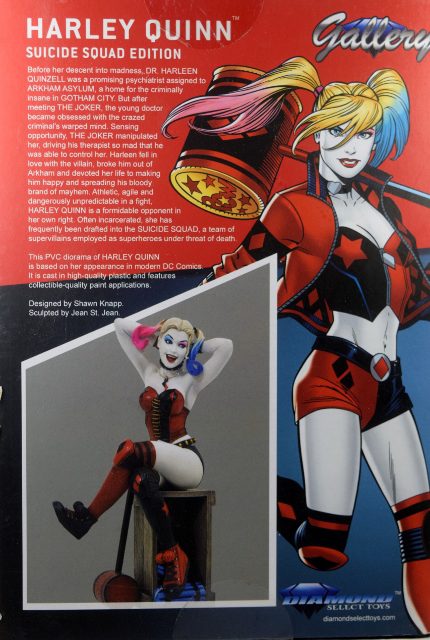 As a fan of Harley Quinn I have seen a lot of statues and interpretations cross my desk and I must admit I am a little conflicted with this statue. I want to love it, everything tells me I should love it, but when I star into its eyes something feels a bit off. Starting at the top the hair while color and flowing looks flat and uninviting. Unlike her comic book counterpart, Harley’s hair is missing the playful bounce and volume we normally see. The pink and blue hair and makeup are vibrant and beautiful but feel wildly mismatched with her outfit and it can be distracting. Unfortunately for me, the most unappealing part of this statues is the head. Coupled with the flat hair the paint job on the head sculpt gives Harley a “real” crazy look in her eyes, and while normally this would be a place for this character, here it just looks unnerving and unattractive. It’s very possible I just got a statue with a bad paint job, as the picture and promotional pieces look fine, but this piece literally looks like it wants to kill me. 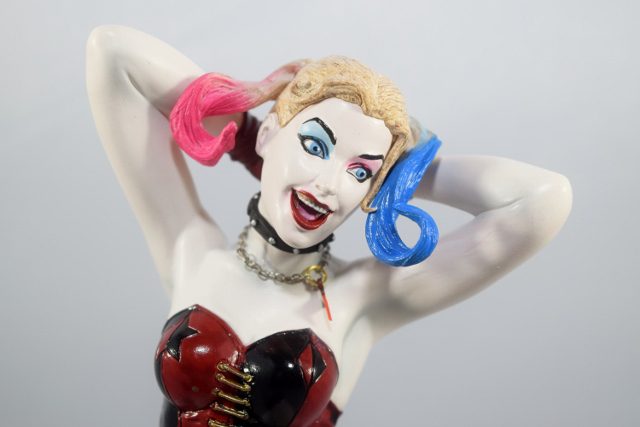 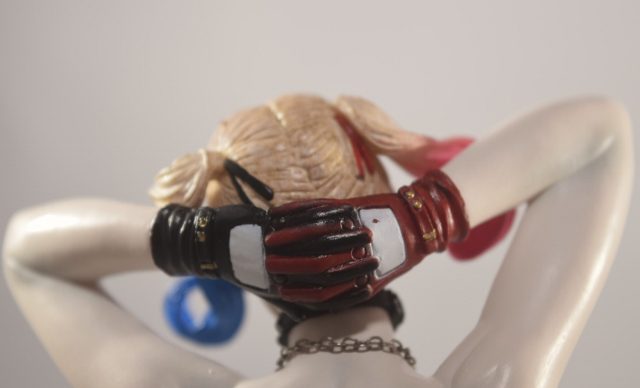 Moving on to the rest of the statue it’s nearly flawless. The corset rocks so appropriate and strategically placed Harley Quinn staple images, while glimmering in the light with a shiny black and red paint job. The pads also feature Harley Quinn centric art and are nestled perfectly above her adorable black and red, knee-high socks. But it’s the shoes that may be the kicker for me as they feature a Converse inspired design but are capped off with color-coded fuzzy ball accessories. Her outfit is undoubtedly fun and perfectly Harly Quinn and is really the saving grace of this piece. Everything comes together and matches so perfectly, its a cosplayer’s dream. And to top of the fun factor, Harley is causally lounging on top of a crate packed with dynamite. It’s a great image that is unfortunately hampered by the devilish gaze, that seems to peer through your soul. 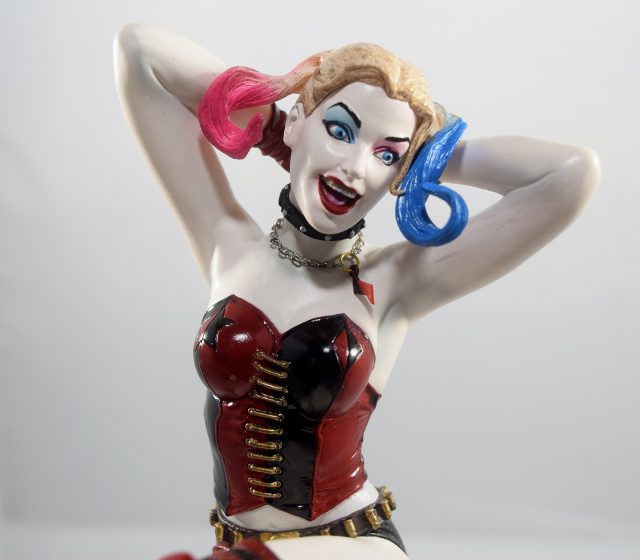 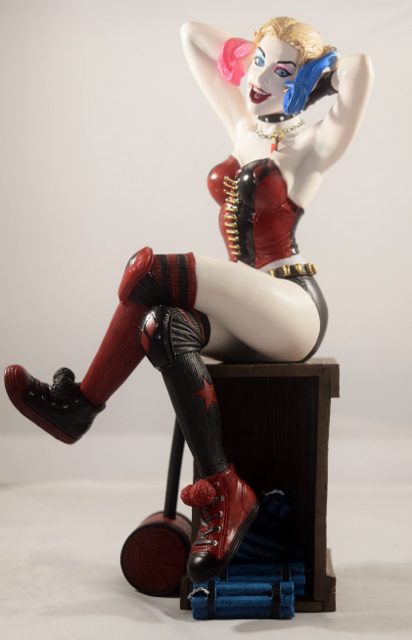 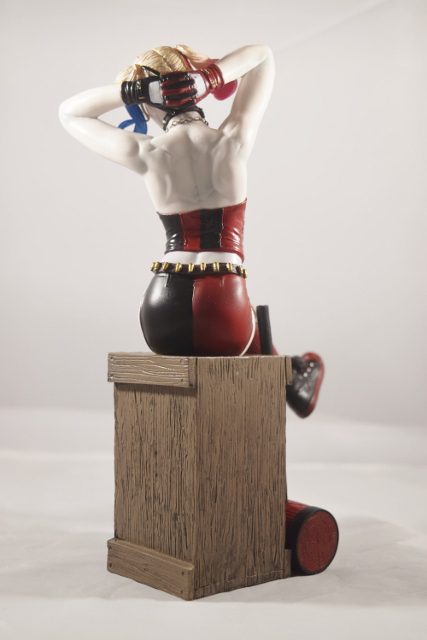 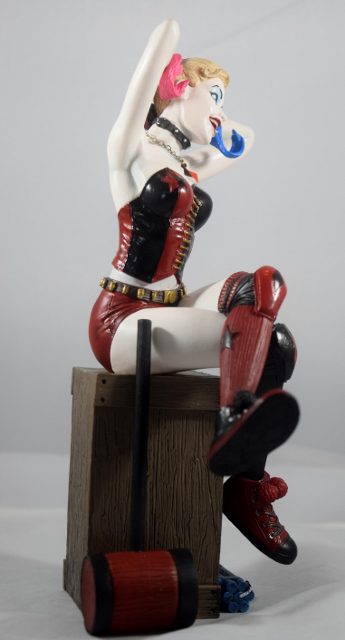 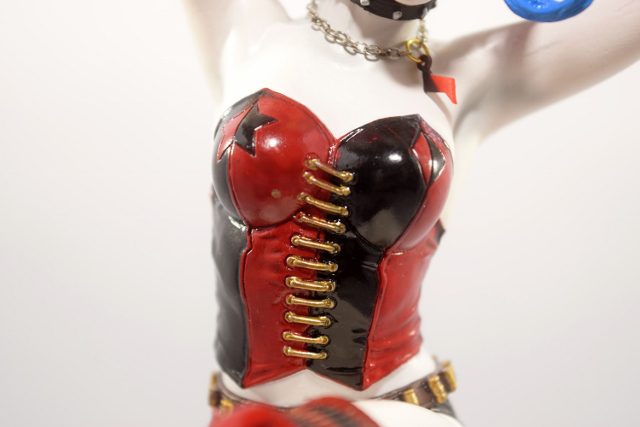 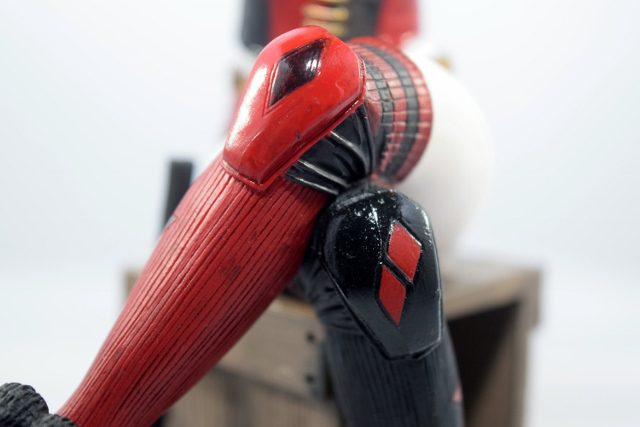 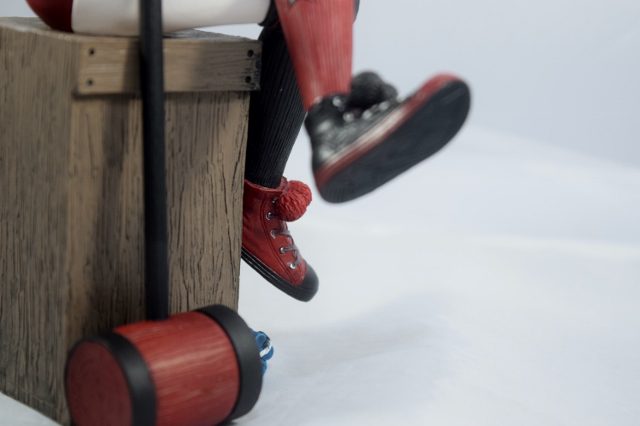 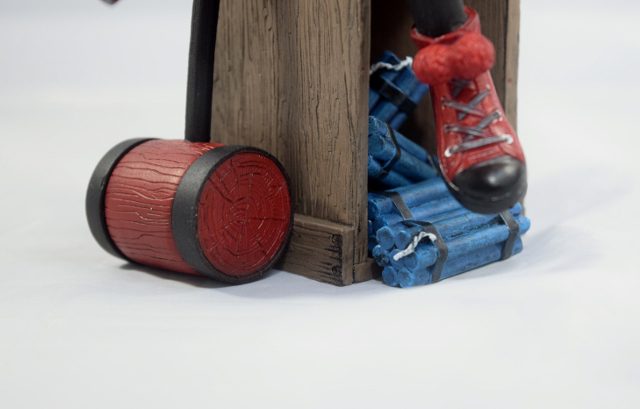 Harley Quinn fans will die for this piece and rightfully so as it features everything they love for the character. Unfortunately, before dropping the cash on this clown princess of crime, make sure you look at the head sculpt and paint job. If you feel like its giving you the “I’m going to murder you in your sleep vibe,” maybe skip this purchase and look forward to the many other Harley Quinn pieces available for purchase now and in the future. 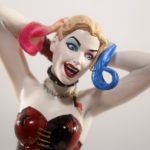