Diamond Select Toys continues to create some of the best toys and collectibles on the market and today they announced that they have a new license that is sure to impress fans.

For 22 years, the world of Castlevania has enthralled video game enthusiasts with its adventure-oriented take on the Dracula mythos. Then, in 2017, an animated series based on that world debuted on Netflix, receiving an overwhelmingly positive reception from old and new fans alike. With a second season bowing on October 26, Diamond Select Toys and Collectibles, LLC, is honored to have been selected as the master toy licensee for the series, with multiple collectible lines planned. 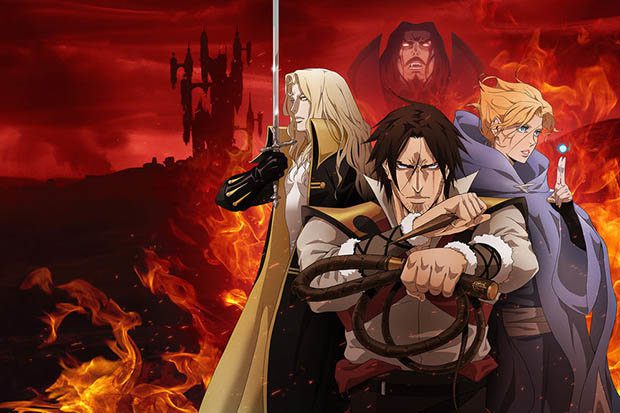 “The Castlevania franchise has a rich, deep history, and the new animated series takes all of it to a new, vibrant, visually superb level,” said Diamond Select Toys president Chuck Terceira. “I’m personally a fan of the show, and I can’t wait to help execute some of its amazing character designs in 3-D.”

Based on the game Castlevania III: Dracula’s Curse, the Netflix series follows Trevor Belmont as he and other vampire hunters defend the nation of Wallachia from the demonic forces of a vengeful Count Dracula. he Castlevania. It was written by Warren Ellis, writer of a number of acclaimed comic books, including Transmetropolitan, Planetary, The Authority, Global Frequency, Astonishing X-Men and Red, as well as the video games Dead Space, Cold Winter and Hostile Waters. Animation for the anime-influenced series is by Powerhouse Animation Studios.