Wonder Woman 84 just dropped its first trailer and with it comes the unbridled excitement of Wonder Woman appearing on the big screen once again. To capitalize on that excite we thought this would be a perfect time to hype Wonder Woman and one of our favorite comics, as we review this heavy metal inspired take on The Prince of Themyscira. In 2017 Scott Snyder dropped Dark Nights: Metal, a DC crossover event that brought the Dark Multiverse and its greats threats into contact with the Justice League. Dawning new armor designed to help her fight the forces of the Dark Multiverse, Diana must face of vilified versions of her friends and allies in order to help the league and the world from being consumed in darkness. 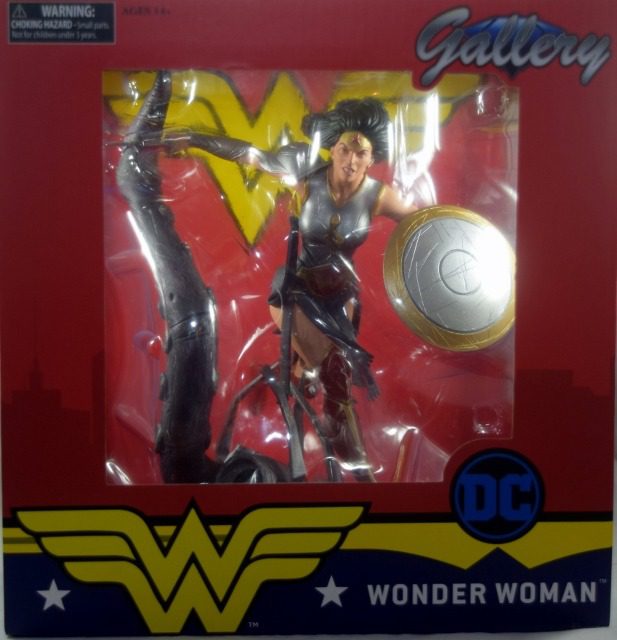 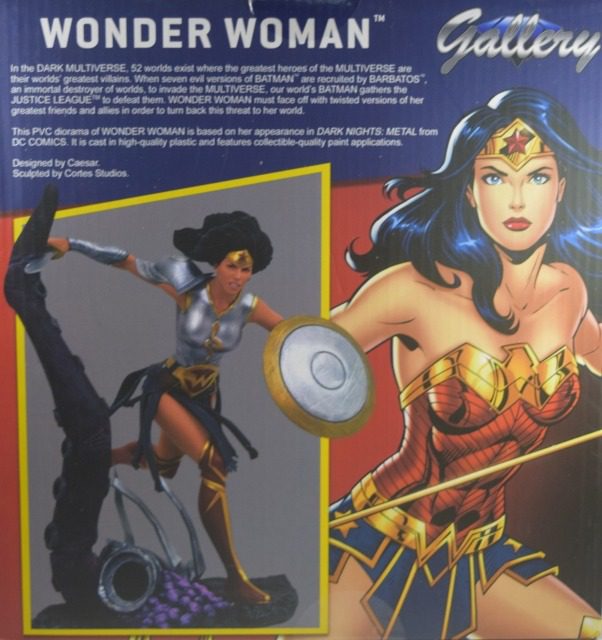 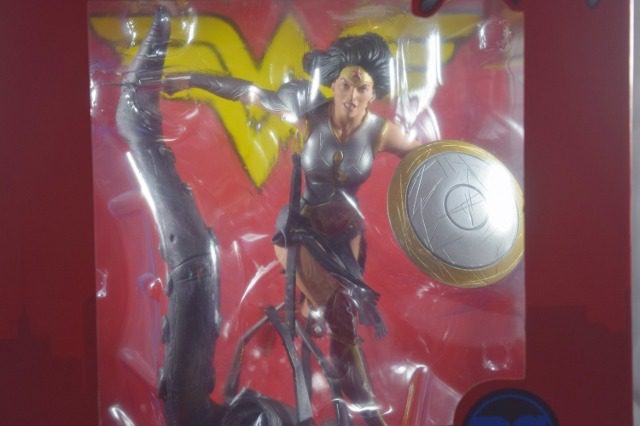 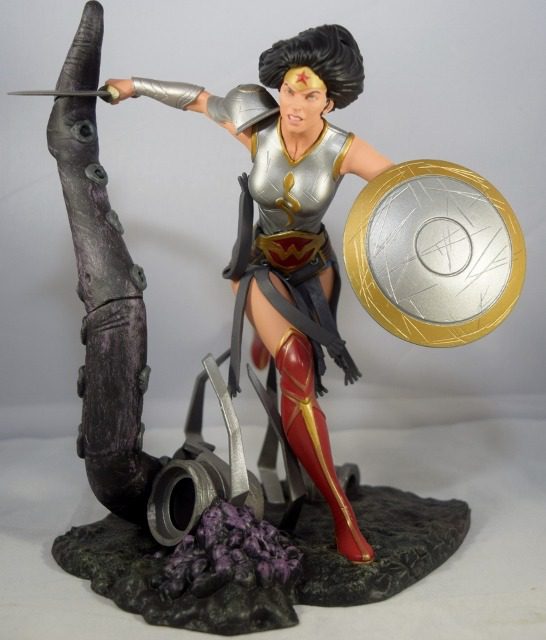 Designed by Caesar and sculpted by Cortes Studios this version of Wonder Woman has seen some serious combat. Running through the wasted land while fighting off a tentacled beast Diana is deep within the action and it show in every scar, scrape and cut on her armor. The more I stare at this design the more I love it. One of my biggest complaints when it comes to statue design, is the posing and the action. Its a tough balance in that you want to show of the character, their abilities and their costume in a perfect moment in time that features all three. The action of this pose is perfect and having read the comic its ripped from one of Wonder Woman’s greatest moments  in the book as our heroes may our last stand. The pose does a great job giving us a sense of action while also showing us Diana’s courage, strength, and adversity. The costume does suffer a bit in the torso and stomach regions which is a same because I feel like these areas feature some great costume detail, specifically the large Wonder Woman belt buckle. But the running and swinging motion allow for some unique movement in the skirt and really open up the shield, arms and chest, so losing the mid section isn’t a terrible trade off. 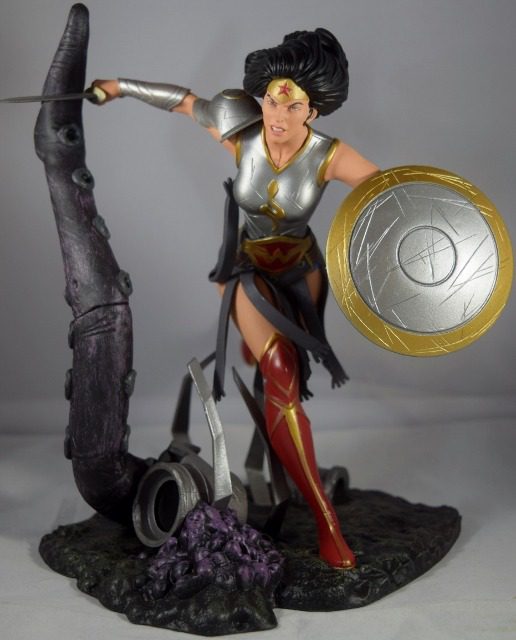 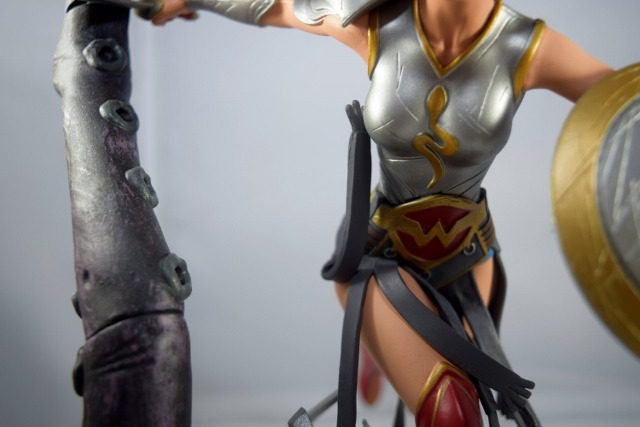 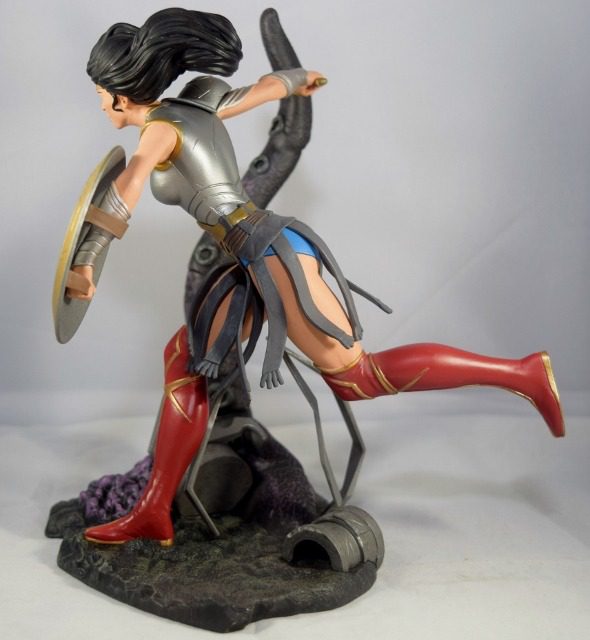 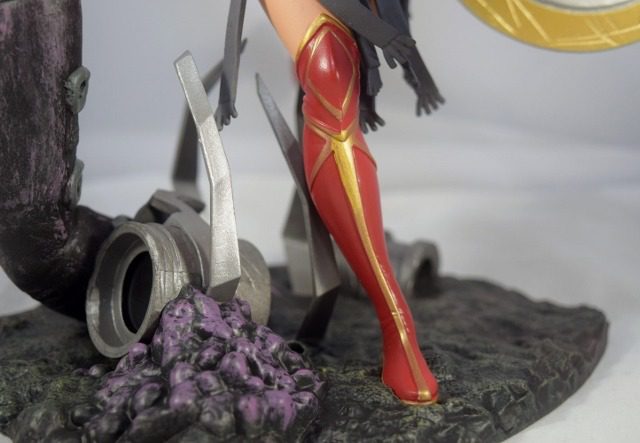 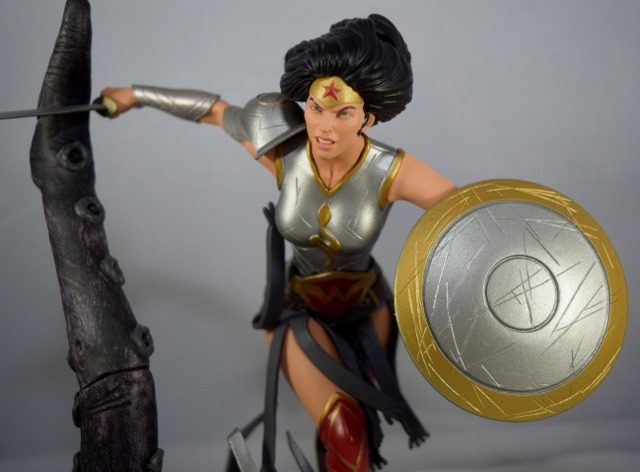 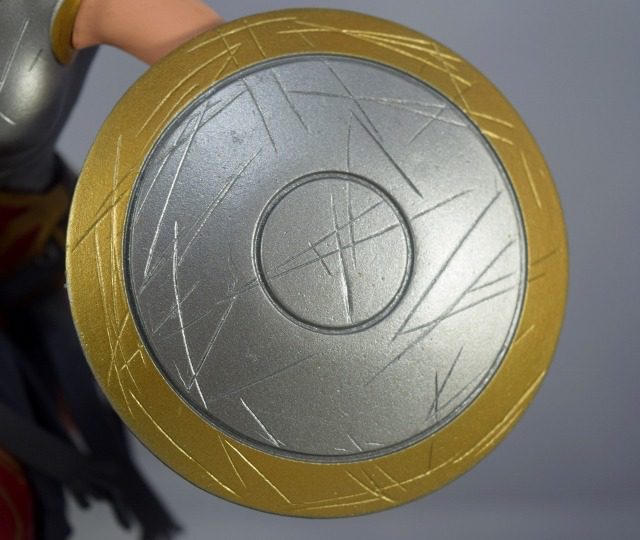 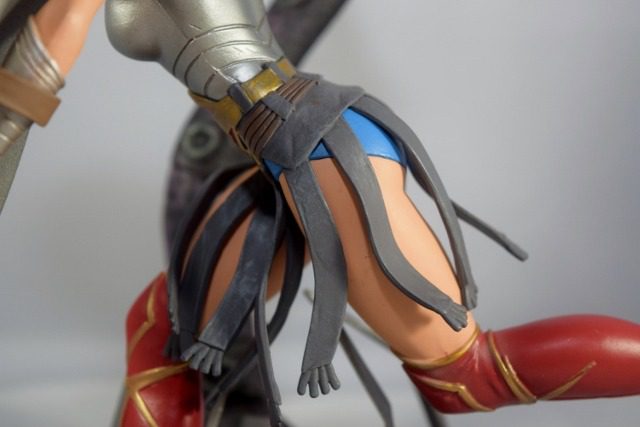 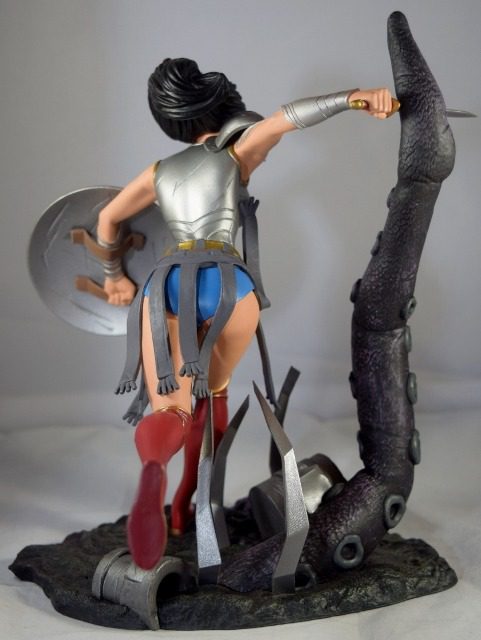 This Wonder Woman statue definitely lives up to its Metal namesake. I love everything about it. The medieval armor is simple but detailed, Diana’s scowl and gritted teeth project a sense of effort as she runs to slay the beast. Her shredded skirt is particularly unique as it contorts and bounces with her stride. The shield features most prominently and is the most battler worn, it guides her way as they rushes into battle. The base is perfect and adds to the piece as we get a view of the wasteland and a tease of the giant monster Diana is about to face. If you a fan of this specific comic series like I am, then this is a must own, its so metal is so many ways. Wonder Woman fans will love this alternate costume and super dynamic pose, as cliche as it sounds, it really does have something for everyone and will make a great addition to your mantle. 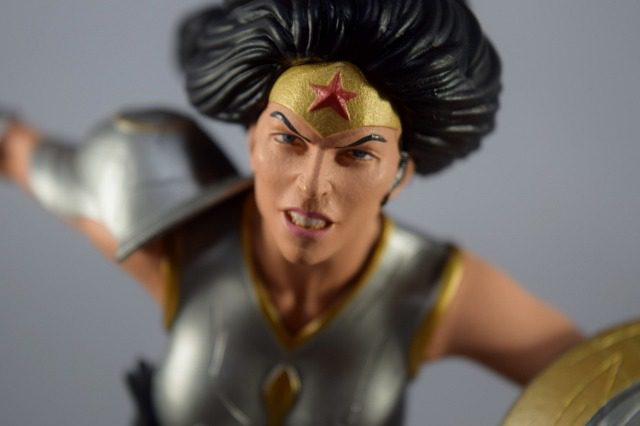 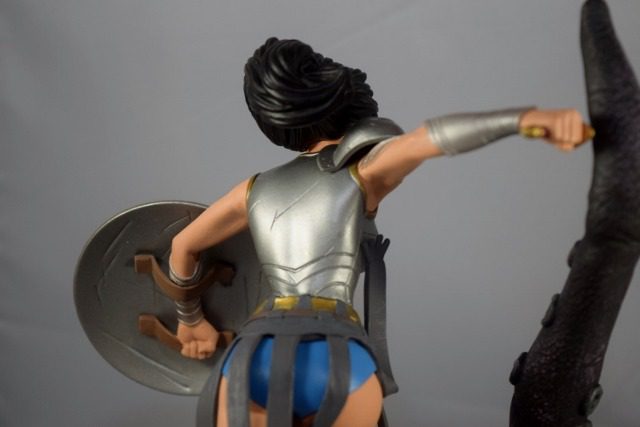 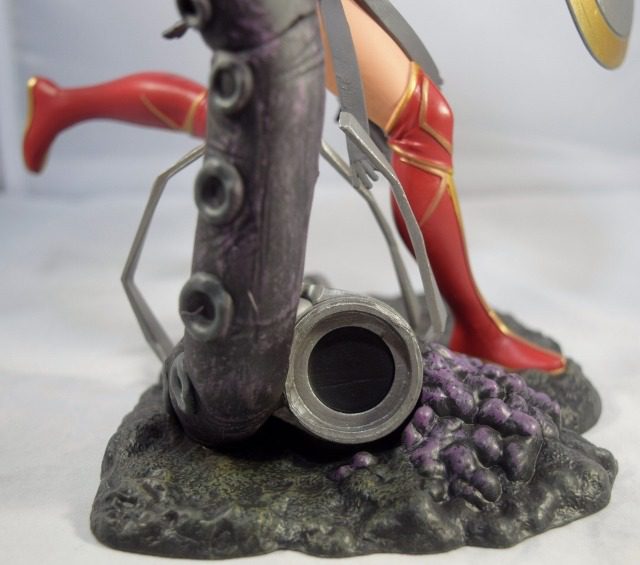 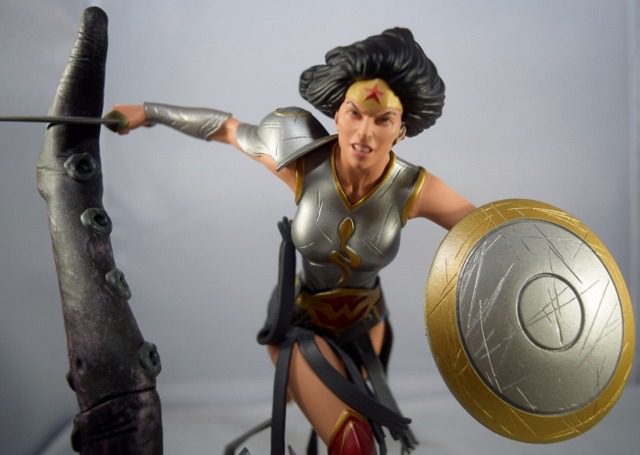 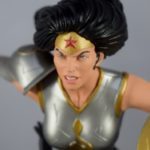 ‘THEY SHALL NOT GROW OLD’ (REVIEW)