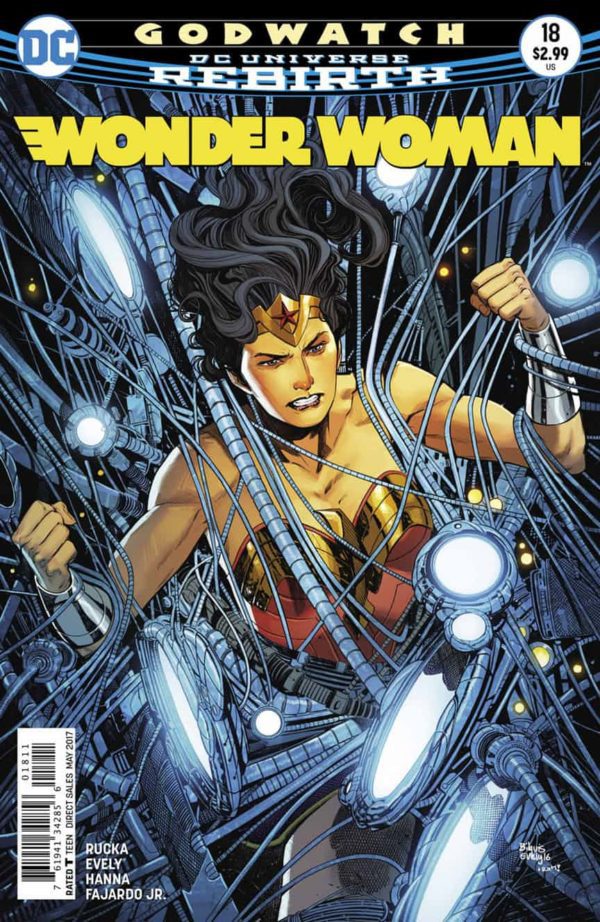 Doctor Veronica Cale has a lot of secrets and all of them are disturbing. As Diana’s friend Barbara Ann goes to meet the doctor to secure funding for her expedition, we are given a glimpse into the complicated and frightening world that the scientist inhabits. The fact that the doctor has decided to fully fund Barbara Ann’s expedition is disturbing enough on its own, but even more disturbing is the reasons why. It seems that the good doctor is just a pawn in game played for Themyscira itself and the forces at play are willing to go to new lows in order to keep all of their pieces in play. 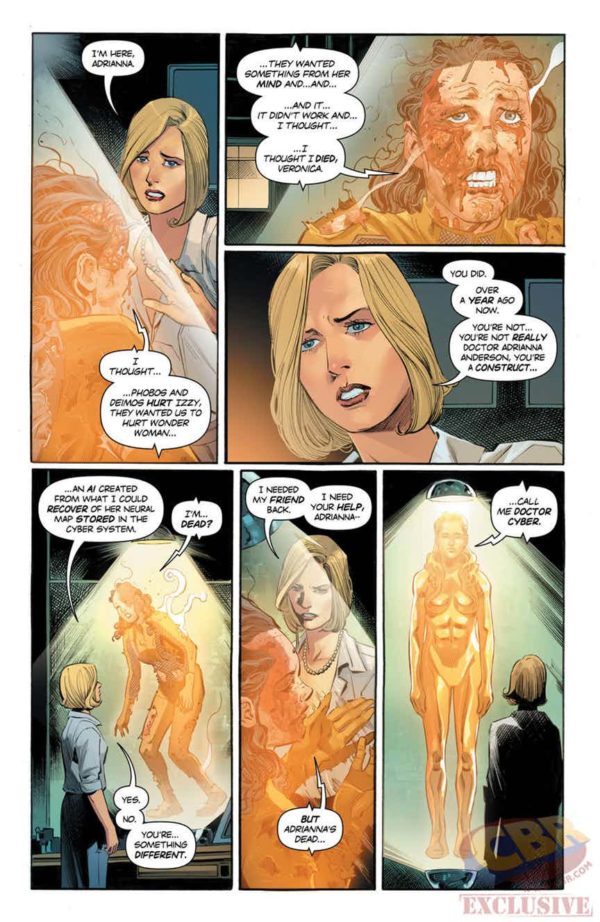 Oblivious to the forces allied against her and the plans in motion that are already bearing fruit is Diana herself. As she travels to Africa to get in touch with her friend, Doctor Cale and her AI Doctor Cyber are already monitoring Barbara Ann’s expedition with their own dark motives. As Barbara Ann continues her journey into the rainforest seeking an ancient god, Cale and Doctor Cyber have concocted a series of events designed to keep Diana busy and away from her friend. This distraction allows for the creation of one of Wonder Woman’s deadliest and now, most personal villains to emerge.

The story in this issue is effective in moving the overall arc along, but Diana spent the issue being a passenger in her own title. She never made much of the time that she was on the page and her presence was less than compelling throughout. Greg Rucka is an amazing writer and it will interesting to see how the rest of this story plays out, especially is we’re allowed to really engage in what happened to Barbara Ann’s expedition and what the consequences will mean for Wonder Woman going forward. Bilquis Evely’s artwork is good at moving along the story points, but it failed to make any of the characters, especially Wonder Woman, dynamic. Nothing really leapt out at me as I read it and everyone seemed a little flat and diminished. It doesn’t really help overall if the only things I look forward to in the next issue are the continuation of the examination of everyone else’s story and not Wonder Woman’s.