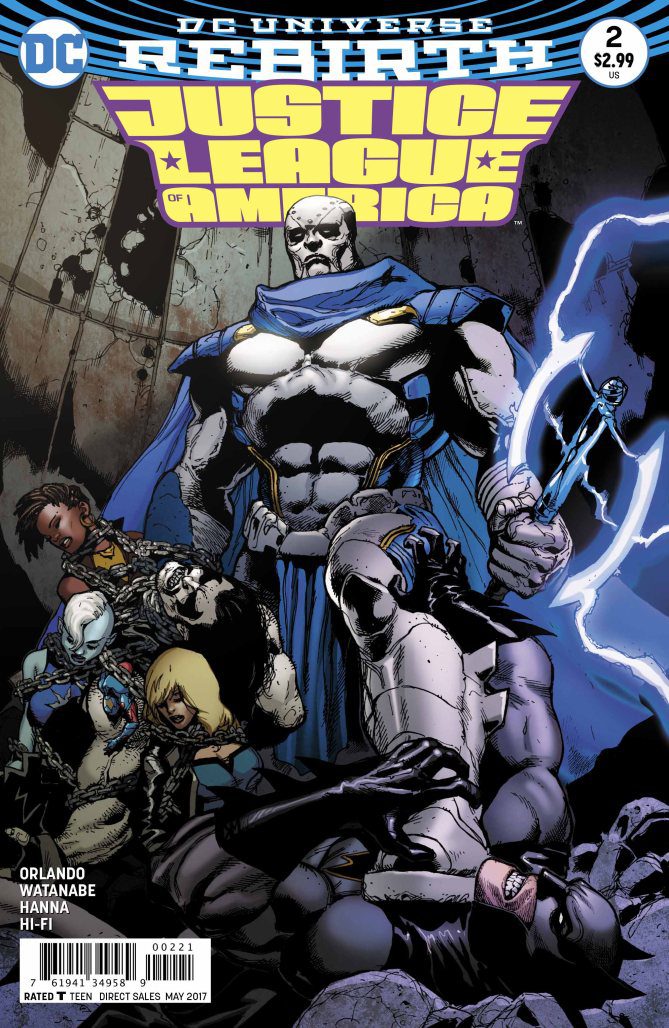 Batman steps up to make the ultimate sacrifice in the first few pages of this issue. In the sophomore issue of the new JLA, Havok and his disciples are ready to kill The Atom and every other hero on the planet in order to “help” the Earth. As Batman stalls for time, the rest of the team try and determine what game the Dark Knight is playing. Killer Frost steps up to stand with him, prompting the rest of the team to follow suit. As Batman negotiates, dissent within Havok’s own ranks prompts an impromptu coup. The JLA use this moment to press their attack as the would be despot turns on his own to regain control. The villains flee the area, but the JLA know that this isn’t over and begin to hunt for them. 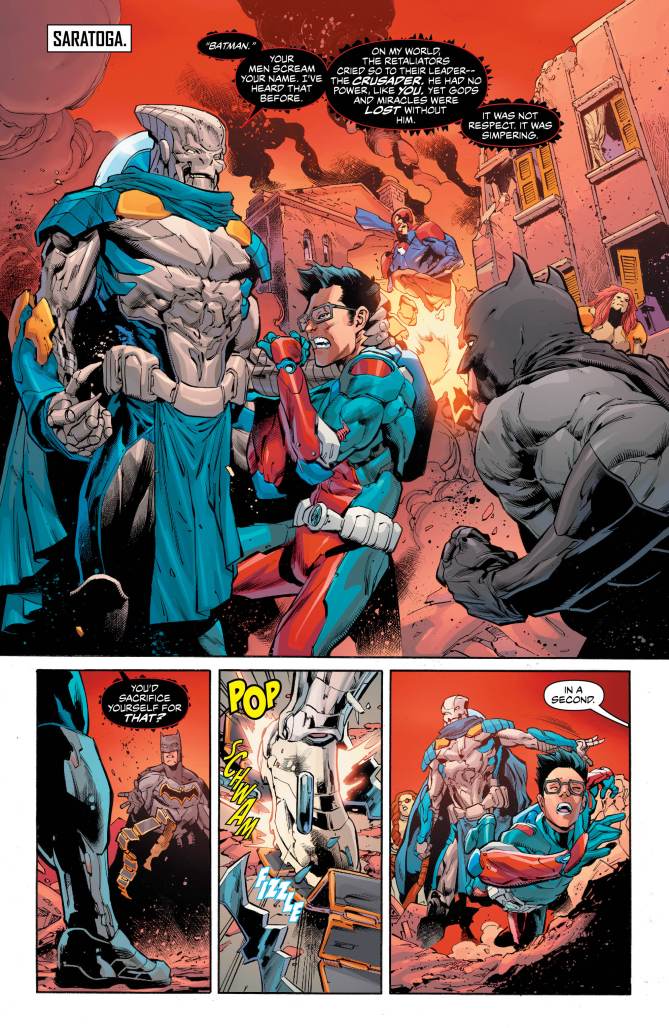 As the JLA regroups, the Extremists begin their plan to save the world from freedom. As the JLA cleans up the mess from their first encounter, Canary confronts Batman about her trust issues with both the team and with their leader. The Extremists begin to consolidate their power in a small European country named Kravia as the JLA decides on a new tactic to take them out. Unfortunately, the JLA comes face to face with the Kravian army, who have decided to turn over their government to the Extremists. A move that makes the alien despot and his people citizens that are protected as the new sovereign leader. The JLA have no choice but to leave the area and this prompts Vixen to formulate a plan that is both dangerous and brilliant to drive the Extremists out.

Steve Orlando has written an interesting issue that showcases the limitations of superhero teams and how they operate in areas of the world that value their sovereignty. What I like about the issue is that all of the members of the team are given their moments and I enjoy Killer Frost’s ability to act with more confidence. I liked Vixen’s moments in the story as well and how she has a strategy in mind for what comes next. Batman and Lobo were a little disappointing in this issue. Batman is an amazing strategist, so unless he has something in mind that we haven’t discovered yet, he seems out of his depth slightly in this issue. Lobo almost seems tame in this issue and there’s no indication of the danger and menace that he is known for. The artwork was passable for telling the story, but everyone seemed small. Many of the moments didn’t land for me visually not because the artist is unskilled, but because all of the moments seemed to diminish all of the characters so that no one really stood out.