I have always been a fan of multiplayer games. Two years ago when Overwatch was released I remember spending hours with it, hell, I still do. Last year when I bought my Nintendo Switch I always felt like there was void in my library because I couldn’t find a game that would satisfy my multiplayer needs. I played Mario Kart Deluxe, and though is one of my favorite games, it didn’t satisfy my cravings for a game like Overwatch on my switch. I started playing Disco Dodgeball Remix hoping it would finally be the multiplayer game I have been searching for and though it was fun for a while it didn’t quite stick with me as I hoped it would. 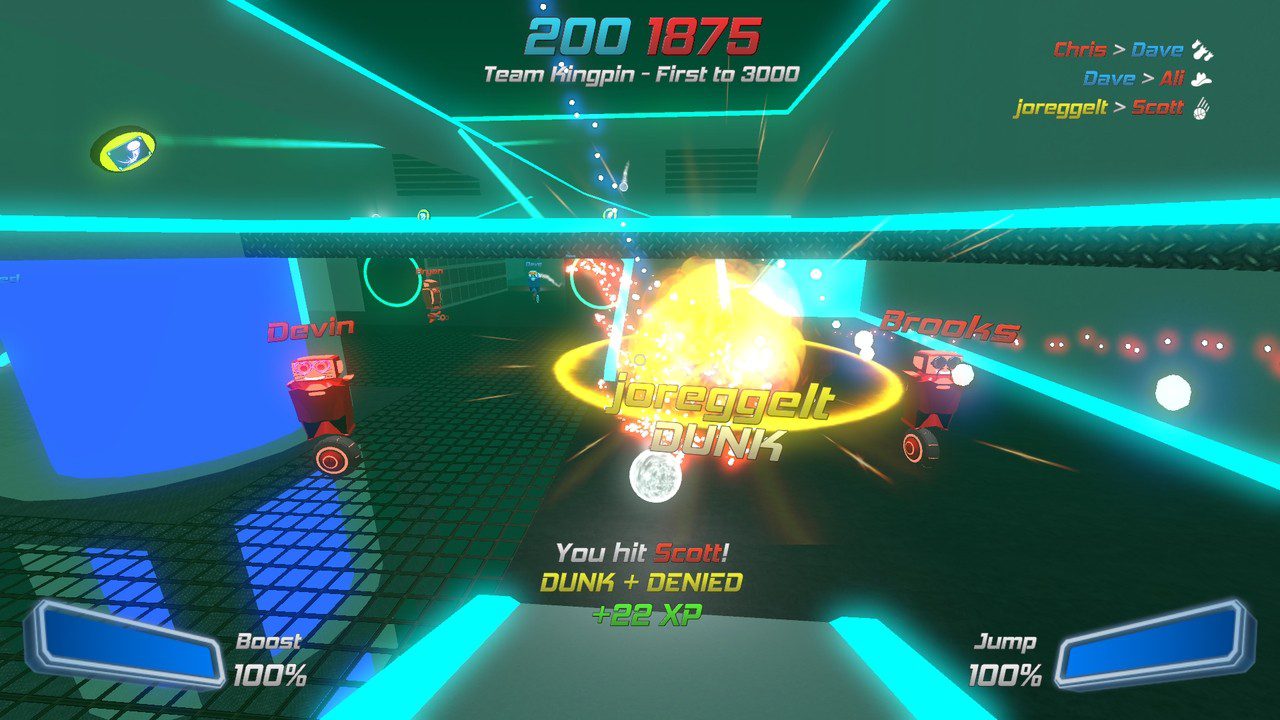 Disco Dodgeball Remix is first person competitive game, the game has a single-player mode, local multiplayer, as well as the online multiplayer matches. In this game, you will find the classic game modes such as team deathmatch and elimination, but you’ll also find modes like the arcade.  The eight modes that Dodgeball Remix bring to the table are fine but only a few stand out, when I jumped into a middle of a match it was kind of hard to tell which mode I was playing because a lot of the game modes sort of just blend in. The game modes are not the only ones that blend in, the arenas also suffer from this, every arena feels the same with only a few being the exception to this. The fact that game modes and arenas feel the same makes the game feel repetitive and boring at times.

As you level up in the game you unlock cosmetics which I love. In today’s day and age, a lot of games get this concept of leveling up wrong, but Disco Dodgeball Remix gets it right. You can unlock anything from tires to decals that go on the body of your robot, to the way your dodgeball looks when you throw it, it’s pretty awesome that you can customize your character to your liking. I feel like the unlockables in this game are fantastic and the developers just get this concept right. 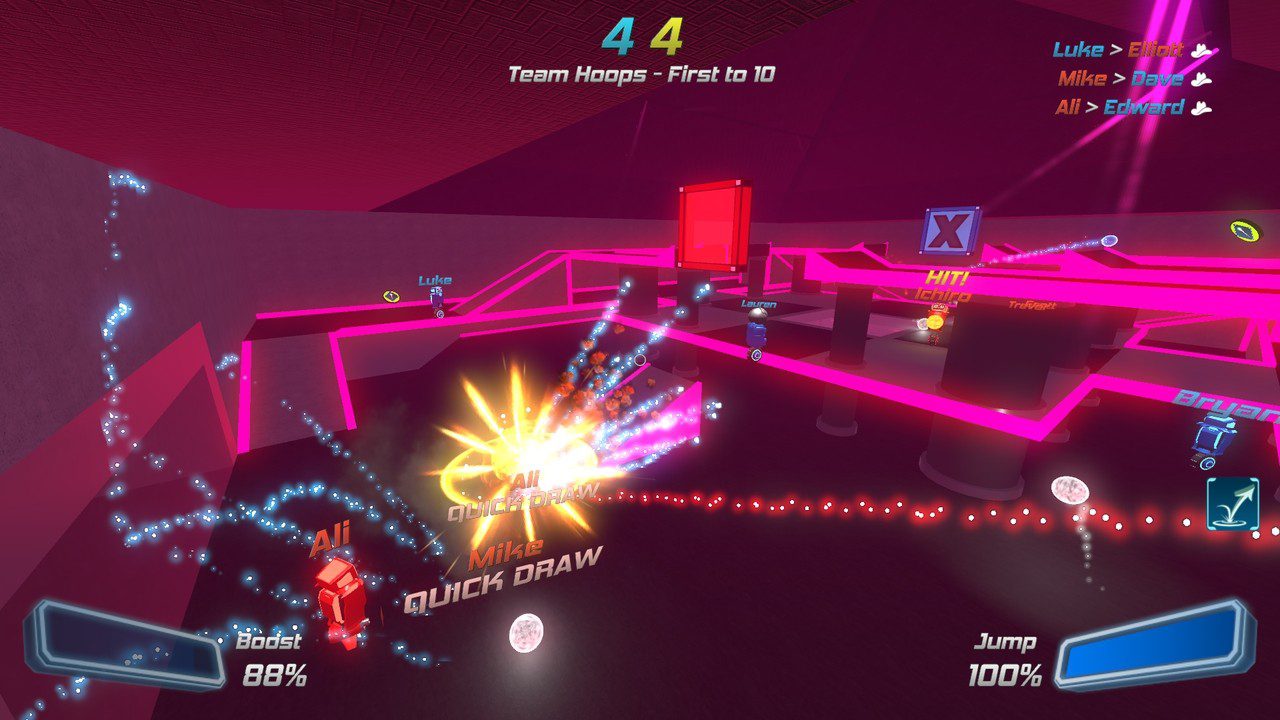 My biggest problem with the game is that out of all the online matches that I had most of them were against bots. For a game that relies so heavily on online play, this was a big let down. I am someone that loves to play competitive games, I love to be able to check the scoreboard and know that I was able to come on top, this accomplishment in my option is tainted when you are playing against bots. When I decided to play this game it was because I wanted to be challenged by real players and not AI. When I was playing with the bots, they were not bad per say, I feel like the AI on this game it’s very good, but it doesn’t compare to the feeling you get when playing with other people.

For an online game, I was surprised to see that the reason why I kept coming back was to play the single-player modes, the arcade and the challenges modes are pretty awesome. Arcade mode is my favorite, it reminded me a lot of Call of Duty zombies where you have to beat waves of bots, get money, and use that money to buy an upgrade to get ready for next wave. When I was playing arcade mode I didn’t realize how much thought and loved they had placed into this mode that when I was thrown with a boss at the end of a wave I had a smile on my face. 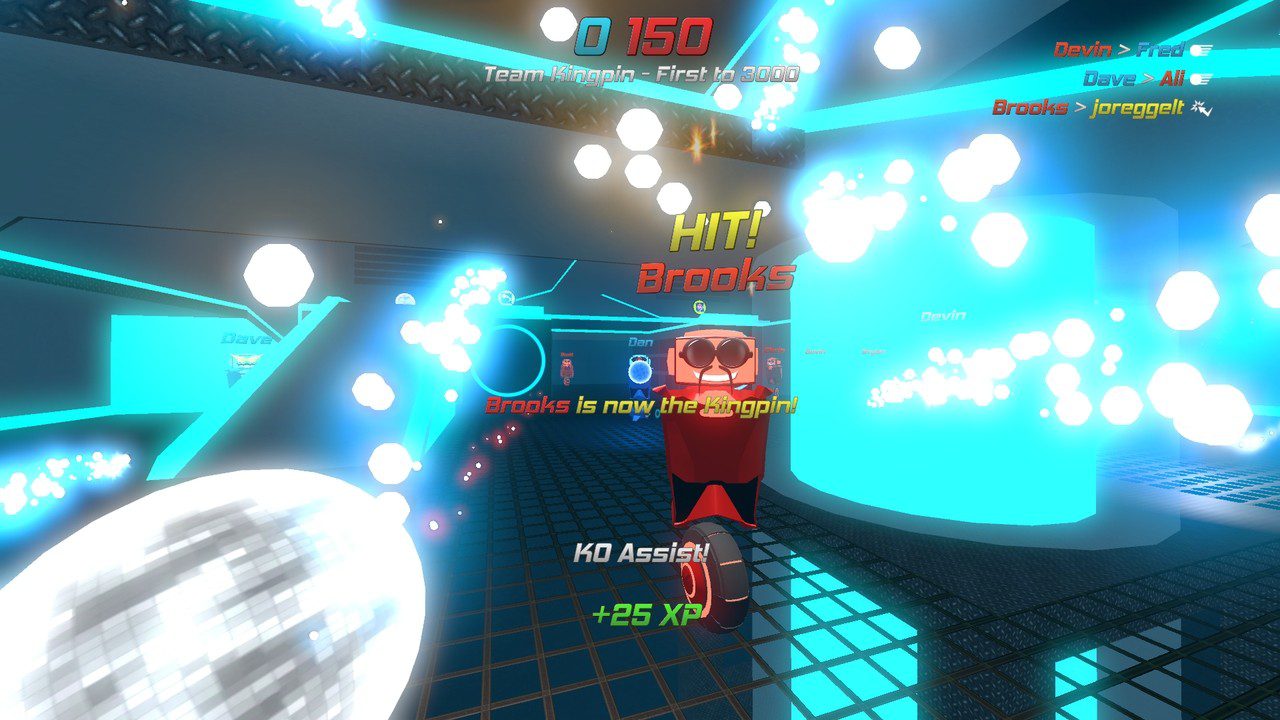