Now that more has been released about the new Ghostbusters film, is it still about female empowerment?

Erin Gilbert (Kristin Wiig) has a doctorate in Particle Physics, specializing in spectral entities. This alone is pretty awesome. Females with Ph.Ds are pretty rare in film as it is and she’s applying it throughout the film’s plot instead of just for one scene or conveniently for the climax. She’s also a professor which is both realistic and a nice reference to Indiana Jones.

However, she does lose her position due to a fellow female. Too often females can drag each other down instead of helping each other up. It’s also a lot easier for minorities, including females to fall down the ladder of success than it was to get there in the first place.

It is annoying that a female would ruin another female’s success but then, there would also be problems if a male had caused her demotion, too. As it is, if her adversary is forced to work with her, gain respect and realize how awful her actions were, it can also make the audience think about their actions.

Abby Yates (Melissa McCarthy) is a journalist researching a lifelong love: the supernatural. Director Paul Feige also describes her as a scientist but there’s been no evidence in either trailer. The film was conceived with the idea in mind that McCarthy would play Patty Tolan. Very early in production, Emma Stone was approached to play one of the Ghostbusters and declined the role because she didn’t want to join another large franchise series so soon after her The Amazing Spider-Man films. Considering of the similarity of glasses wearing Yates to Stone’s character in The Help, it seems very plausible that McCarthy was switched to being Yates after Stone turned it down.

Yates appears to have some unlikable qualities but the original Ghostbusters also had some problematic traits. Peter Venkman (Bill Murray) might be beloved by fandom but he’s also misogynistic and a sexual harassment lawsuit waiting to happen. Compared to that, Yates can’t be nearly that bad.

Jillian Holtzmann (Kate McKinnon) is a nuclear engineer although the trailers seem to dumb that down to Super Awesome Mechanic?

Still, it could shine a light on a little known profession while making it look cool and accessible to females. Female mechanics aren’t given the best roles in films. They tend to be like Megan Fox in Transformers or when the Fast & Furious franchise forgot that the female characters used to work on their cars, too. Thus, having a female scientist in a less popular field while displaying amazing mechanical skills is fantastic.

Patty Tolan (Leslie Jones) is a subway worker with a love for her city that includes its history. It seems plausible that just as Yates and Gilbert have a passion for the supernatural, Tolan’s passion is learning everything she can about New York and it’s buildings. Not only does working for the Metropolitan Transit Bureau afford a decent wage and vacation time but an employee is literally working in history: tunnels built over a hundred years ago on land settled and fought over for centuries.

However, there was backlash over Tolan being the only Person of Color in the cast and appearing to be the only non-scientist even though Yates doesn’t appear to be a scientist in the trailers either…unless everyone’s assuming any female wearing glasses must be a scientist?

At least half the cast might be scientists but it’s Tolan who finds them a usable vehicle for their ghostbusting and Tolan who figures out, or remembers from the first Avengers film, that possession requires “cognitive recalibration” to correct. It’s very likely that all four characters get a chance to shine in multiple parts and just from the trailer, Tolan gets a better, more nuanced role than Winston Zeddemore (Ernie Hudson). Most of his dialogue and character description were cut from both of the first two films so it was the animated series that did the best justice to Zeddemore.

In the latest issue of Jem and Holograms, #12, The Misfits biggest fan, Blaze, seemed to have all her dreams come true. She was invited to take over vocals on tour while Pizzazz is recuperating from a medical emergency. However, Blaze was fearful because The Misfits are an all-female band and Blaze was born as a boy who later transitioned as a female. Her fears are unfounded when she reveals the truth and her future band members are nothing but supportive. As they say, the only thing that really matters about being a Misfit is being punctual. 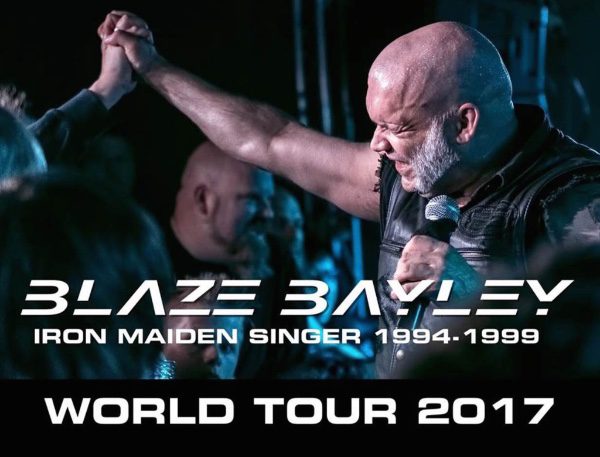 Blaze is an original character for the comic book series and was created by the series’ main artist, Sophie Campbell whose birth name was Ross Campbell. “Blaze…she’s my baby!” described Campbell of the new character. She had a similar experience to Blaze in 2015 when she came out as Sophie and  “I was worried about being fired from Jem because I was scared that IDW or Hasbro would feel like this wasn’t what they signed up for.” Since Blaze’s fears come from first-hand experience and can reassure readers going through the same experiences especially with Jem being an All-Ages comic book. Jem and the Holograms continue to set a high bar for diversity and representation in comics. Plus, they’re some of the best written and illustrated comics still releasing new issues.

Just in time for Finding Dory, Finding Nemo is coming back to theatres…but not in the way you’d expect. First of all, it’s only in nine theatres in Arizona, Utah and New Mexico. Second of all, it’s a collaboration between Walt Disney Studios, Pixar Studios and the Navajo Nation Museum so the entire film has been dubbed in Navajo!

All the voices, except for Patrick Stump singing over the credits, are actual members of the Navajo Nation and the majority of voice actors recorded themselves at a Navajo owned video production service, Knifewing Productions in New Mexico. Not only does it help preserve their language and build interest in learning it from the younger members, but it provides employment for the tribe members. Stump was still required to sing in Navajo, aided by coaches.

Showtimes and more information can be found here:

So, why does the casting for Netflix’s newest children’s show appear to be A Series of Unfortunate Events?

Find out in the next column.