Before one discusses Doctor Sleep, one must first discuss The Shining. One of the most influential horror works of the 20th century, The Shining is both a novel by Stephen King and a film by Stanley Kubrick. But a cloud hangs over that massive influence. Since Kubrick played characteristically fast and loose with the novel, King does not count himself among the film’s fans. Kubrick took a work that was born from the very real demons of alcoholism and drug addiction King was struggling with and fashioned it into a work that bore more of his personal stamp. As such, there has always been an enormous gap between the Kubrick film and the King novel.

For its sequel, Doctor Sleep, Mike Flanagan was the most qualified director to bridge this gap. A self-avowed Stephen King fanatic, Flanagan directed the adaptation of Gerald’s Game for Netflix before his adaptation of The Haunting of Hill House for the same network saw his profile skyrocket. Flanagan, who also counts the Kubrick adaptation as one of his favorites, had the unenvious task of creating a work that honored the legacies of both while forging an identity of its own. And, for the most part, he succeeded.

Have you seen this:
Why is WandaVision a Television Show?

Dan Torrance is a man plagued by the same demons that plagued his father. Hopping from town to town across the United States, he still cannot escape the trauma that marked him in 1980 at the Overlook Hotel. The ghosts themselves are the least of his problems. His biggest scar comes from the memory of his father wanting to kill him, a fear no demon can even come close to approaching. And with his so-called “shining,” these memories are extra potent and impactful. But when he meets Abra, a girl who carries powerful gifts of her own, Dan sees an opportunity to make peace with his past. 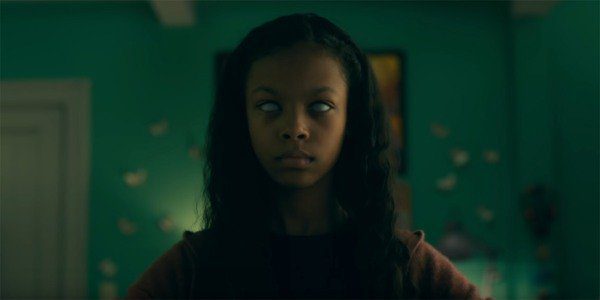 Ewan McGregor carries the film as Dan, a damaged man carrying the weight of his past around him. A weight that leads him to making poor decisions, to violence, and to morally ambiguous situations. Nevertheless, there is a wounded soulfulness behind his eyes that never lets us forget Dan’s basic morality. McGregor is assisted by the wholly wonderful Kyliegh Curran as Abra, the thirteen year-old girl with shining powers of her own.

But the true show stealer is Rebecca Ferguson as Rose the Hat. Rose is funny, charming, and a stalwart provider for her makeshift family. She is also devoid of any measure of human morality, and in the opening scene takes great delight in feasting on the soul of a frightened girl. With both the character’s writing and Ferguson’s performance, she is someone who is at once evil yet recognizably very human.

The film does have its share of imperfections. The film plods as it slowly develops the relationship between Dan and Abra in the second act, where it also seems too devoted to developing a balancing act between King’s novel and Kubrick’s film. Here, Flanagan goes overboard with the references to either, leaning to closely on fan service to keep the audience engaged.

It’s in the climax, however, where the film finds itself again, and ends on a note that finally forges its own identity. While it can never truly match or surpass Kubrick’s film, Doctor Sleep marks one important difference between Kubrick and Flanagan as adapters. Unlike Kubrick, Flanagan is very attuned with the compassion that runs through King’s work. He understands the need for this story to be scary (something he succeeds with aplomb), but also that overcoming those fears is important to a human’s growth. That while trauma lingers in many of us, so to does the strength to overcome it.