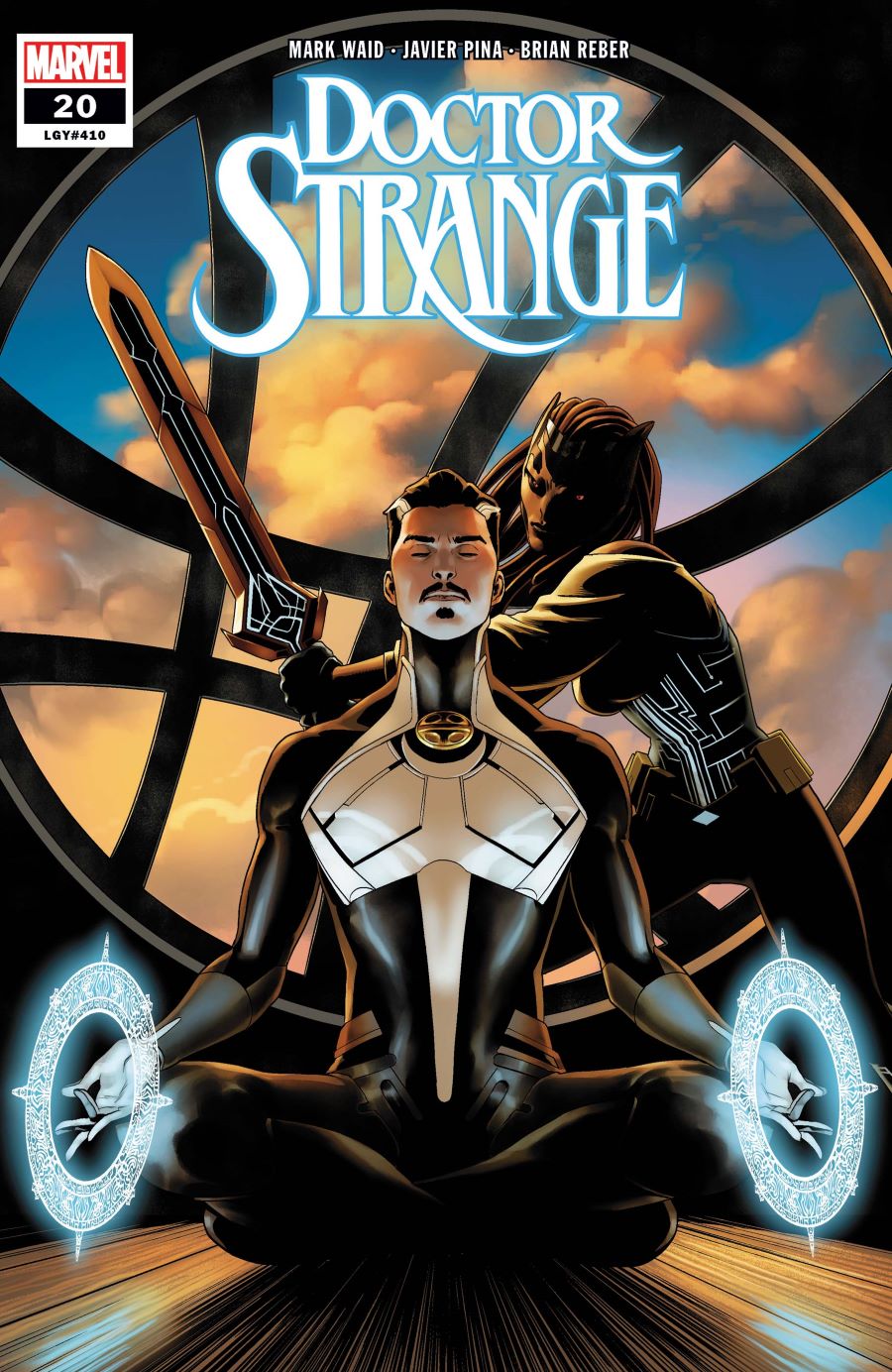 An event so epic shakes Doctor Strange to the core and makes him completely reevaluate his life and role. This event is so huge that it makes this the LAST ISSUE OF DOCTOR STRANGE!

The origin of Doctor Strange is well known. A world renowned surgeon loses his ability to perform surgery after becoming crippled in an accident. In an effort to restore his body Stephen Strange begins a journey that would lead him to a world of magic and sorcery. Strange would become the sorcerer supreme. That’s been the backbone of this character since his inception in 1963. Now things are about to take a very unusual turn.

Mark Waid is about to begin a brand new chapter for Marvel’s favorite magical practitioner as Waid is going to focus less on the Strange and let the Doctor take center stage. While there is an entire issue’s worth of story here, one that includes aliens, AI, and big freaking swords, it’s made moot by the last page. This is the last issue of this run. This is the last installment of the Doctor Strange that we know. The next time we see Stephen Strange it will be in Dr. Strange: SURGEON SUPREME.

Last issue Strange gambled on a dangerous spell that brought back the full use of his hands. This led to an emotional scene where he operated and saved the life of an injured child. This became a catalyst moment that has Strange yearning to take back up his former medical practice. So, ready or not, here comes the Doc.

While I’m sure there are going to be a number of old school fans who will cry foul that Strange is seemingly stepping away from the worlds of magic and mysticism, this decision does open up a unique opportunity to tell some stories that are high on drama and focus more on the human side of who Stephen Strange really is. I find it fascinating that Marvel hasn’t been down this avenue of storytelling before, it just seems to make logical sense.

While this issue featured artwork from a top notch creative team; the artist, colorist, and letterer all perform their duties to the utmost level by making this issue look fantastic, I’m afraid that Pena, Reber, and Petit will have their work overlooked as the buzz will be about the upcoming change in the new series that launches in December. All three of these creators did a wonderful job on this issue.

Get ready gang! This might be the last time that we get the classic Doctor Strange for some time.