Gamestop has been naughty

Last week we heard a great deal about Gamestop’s “Circle of Life” program and how it pushes employees to sell pre-owned games and even encourages them to lie to customers in order to meet those pre-owned sales quotas.

Besides shedding light on unethical business practices, this story also reminds us why the entire reselling of used-games concept is so harmful to the industry. Publishers make practically little to nothing on the sell of pre-owned games and it forces them into equally disappointing pricing methods, such as, withholding content from the finished game in order to monetize it as paid DLC. That’s a “circle of life” that gamers have grown tired of over the past ten or so years.

But what if I told you that we already had a solution to this issue presented to us and we vehemently said, “no.”

Back in 2013, Microsoft and Sony unveiled their next-gen consoles which were the Xbox One and PlayStation 4, respectively. However, in the case of the Xbox One, Microsoft absolutely butchered the console’s marketing and messaging.

Part of the messaging that was screwed up so badly pertained to Xbox One’s inability to play used games. While it sounded like a policy that was completely out of touch with gamers, it was only one half of the story for a very forward-thinking approach to the merging of going all-digital and while still having the freedom to share games.

It seems like a no-brainer. Giving gamers more freedom to share their digital games is a natural next step in an industry that is trending more and more towards going “all digital.”

The plan that Microsoft had in place allowed somebody that owned a digital game on XB1 to swap games with his/her friend on Xbox Live. For example, if I own the digital version of Halo 5 and you own Gears of War 4, we can swap games over Xbox Live. I can play your game, and you, mine.

When you’re done, Halo 5 comes back to me and if you liked it, you could buy it at a discounted price. It was pretty genius.

However, Microsoft never got out in front of this and as a result, the media and consumers only saw this as “Xbox One doesn’t play used games” and not “Microsoft offers a smart alternative to used games.” Eventually Microsoft caved under the negative press and announced that used disc games would be playable on Xbox One. Since then, they’ve never mentioned the “swap” program.

And it’s unfortunate that it didn’t work out because a nearly all-digital landscape is one that would not only benefit publishers more but also create the possibility of games dropping in cost, thereby benefiting consumers. 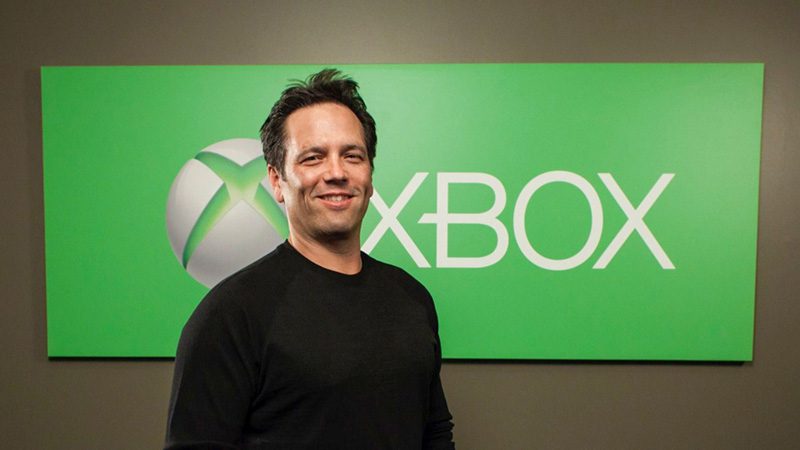 Xbox head Phil Spencer is largely responsible for turning Xbox One’s woes around. Maybe he will bring back the “swap” program? One can only hope.

I Still Have Hope

However, I think that Microsoft could still role this out. Back in 2013, going all-digital didn’t seem feasible. But now that we have 1TB and 2 TB consoles, it seems like more of a possibility. And with consumers becoming more frustrated with companies like Gamestop, they might be more open to an alternative.

Plus, 4 years ago there was a concern of what happens to those games when the next Xbox comes out. However, we now know that Microsoft will make all XB1 games playable on its mid-generation console upgrade Project Scorpio. They are insistent that no game gets left behind in the Xbox family. Perhaps that eases the concerns of those who look at embracing all-digital with trepidation.

I want Microsoft to consider bringing back the digital game swap program that they had back in 2013. I think the time is right and by now, they’ve they’ve garnered more good will than they certainly did not have 4 years ago. Consumers are more willing to hear them out without jumping to conclusions.

But what about you? Would you like to see Microsoft or even Sony and Nintendo, for that matter, bring this kind of digital-swap program? Let us know in the comments below!