While recovering from the events that transpired at Fuchtopia, the Doom Patrol are paid an unexpected visit from Niles Caulder’s old friend Willoughby Kipling. Kipling comes bearing a terrifying message: the apocalypse is coming and the only way to stop it is to make sure the Cult of the Unwritten Book doesn’t actually read said book and bring about the Decreator. 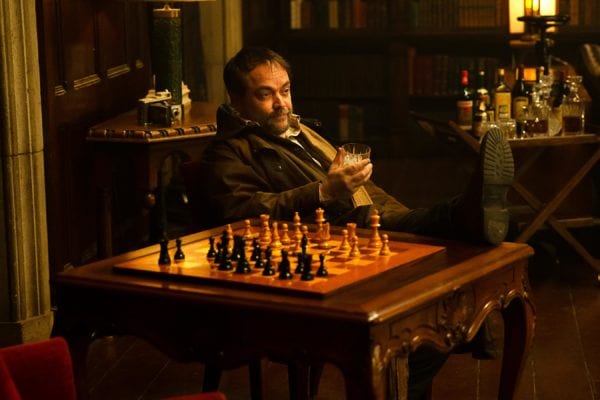 Having finally established the core characters and shown the arcs they’ll have this season, ‘Doom Patrol’ has gotten to a place where it can shift its focus more to the story rather than characters. That’s not to say character development isn’t still ever present, it’s just taken a bit of a backseat. Mark Sheppard’s Willoughby Kipling is a scene stealer, with his brash and cynical personality providing a lot of laughs. Writers Chris Dingess and Marcus Dalzine wrote Kipling exactly as he was meant to be: a replica of John Constantine. The villains in this episode were hilarious, weird, and fantastic as well. The setup for the next episode was also a great spin on the usual villain-of-the-week formula that we see so often in comic book TV shows. My only issue with this was with the use of Rita’s powers. We finally got to see her show off what she can do (besides turning into a giant blob) but it felt unjustified because, unlike Larry, Cliff, Jane, and even Vic, she hasn’t had much character development. I hope they expand on her more over the next couple of episodes.

Overall, this was another fantastic episode that was made better by the inclusion of Willoughby Kipling and the almost exact page-to-screen adaptation from Grant Morrison’s Cult of the Unwritten Book arc from the comics.