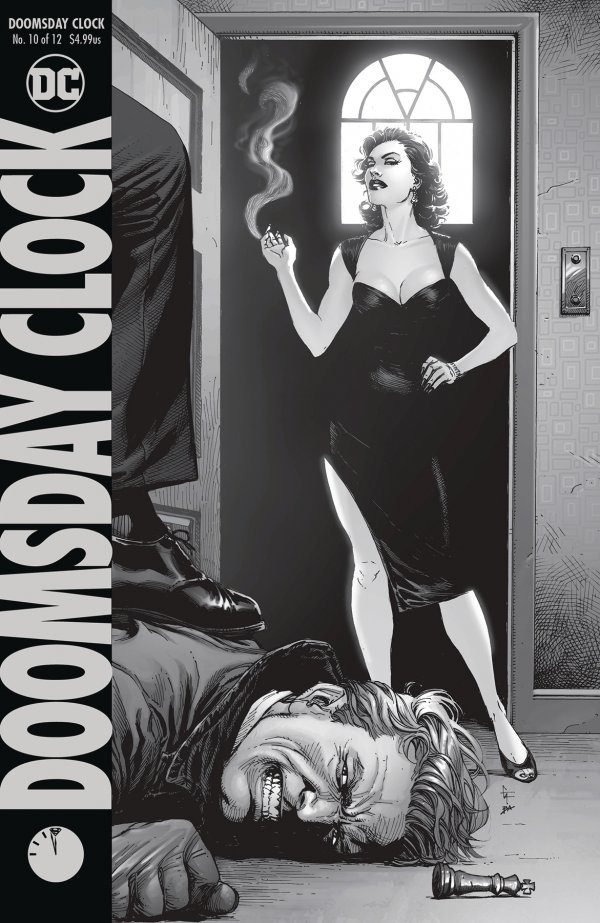 In the Hollywood of the past, a man named Carver Coleman is filming the final scene of his latest film. He’s distracted because he knows something about his life that no one on Earth should know, when he’s going to die.

Carver has this knowledge because before he became famous, he was visited by a traveler from another dimension. A traveler named Dr. Manhattan who needed Carver as a means of testing and regaining his powers. When he is able to connect to and move across the time and space the new universe he’s in demands, he finds that the connective tissue to the multiverse itself is Superman.

Unfortunately, there are more mysteries to be uncovered as Manhattan discovers that Superman’s story is shifted and changed multiple times in an attempt to affect the multiverse itself. His curiosity forces Manhattan to alter the universe again to discover why Superman is such an integral part of it. Knowing the potential consequences of his actions, Dr. Manhattan lays the groundwork for a potential final confrontation with the man of steel.

Have you seen this:
Simple Plus Ambition Equals Simply Ambitious! Bill and Ted Face the Music (Review)

This issue sheds so much light on the story that has been building for months. Geoff Johns tells an amazingly intricate and satisfyingly entertaining story of Dr. Manhattan’s appearance in the DC universe and the steps he takes to both understand and experiment with reality. Intercut is an interesting story about a man who finally sees his fortunes turn around, only to see his world crumble because he is burdened with knowledge he shouldn’t have. I can’t wait to see where this story goes next.

The art by Gary Frank is fantastic. Every page is filled with amazing visuals and stunning details.