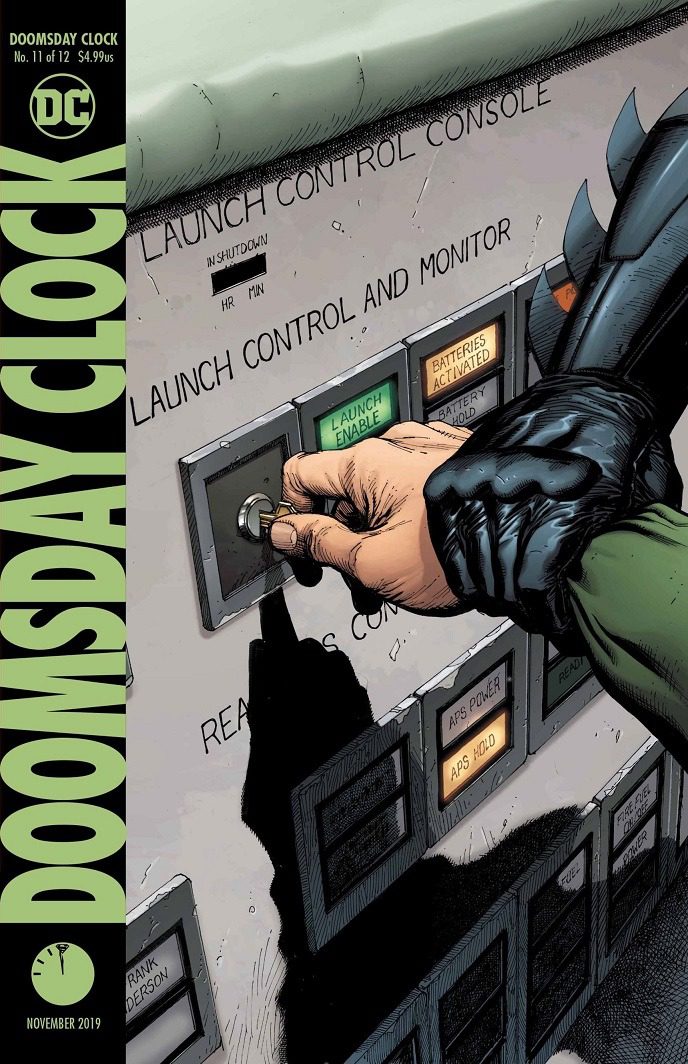 Ozymandias reveals his master plan as Dr. Manhattan prepares for his confrontation with Superman.

With the rest of the Justice League off world dealing with the threat of Dr. Manhattan on Mars, Batman breaks into a government facility to prevent the US from using its nuclear arsenal to end the metahuman threat growing in Moscow.

Adrian decides to forgo talking to his one guest and concentrates his energies on Saturn Girl. He lays out his plan and what it will mean for both the future and for his world. It’s an intricate plan that is designed to impact everyone, especially Manhattan and the Man of Steel. Pitting them against each other is exactly what Ozymandias wants and his plan is going perfectly. A fact that Saturn Girl will realize the hard way.

Alfred reads Rorschach’s journal and goes looking for the young man on the street in order to help him. With the world going mad and the clock ticking for the US to turn over Superman, Black Adam’s rebellion grows in strength and Wonder Woman is removed from the playing field. Lois is invited by Lex to a secret base where he lays out that he’s been studying the changes in the timeline for years and what’s been causing it.

As Superman stands alone against the forces of Black Adam, he is finally confronted by Dr. Manhattan himself.

Geoff Johns has ramped up the danger, drama and intensity of this story in this issue. Everything is moving further into the unknown and the uncertainty of where this story is going and how it will resolve itself makes the read more exciting. There are a lot of story elements at play in this issue and it will be interesting to see how Johns brings them all together in the finale.

Gary Frank delivers some beautiful art in this issue. Everything has a perfect mixture of darkness and detail.