WARNING! THIS ARTICLE CONTAINS MASSIVE SPOILERS FOR DOOMSDAY CLOCK #12. IF YOU DON’T WANT TO HAVE THE ISSUE SPOILED THEN PLEASE CLICK AWAY NOW!!!

AGAIN, THIS ARTICLE CONTAINS SPOILERS. READ AT YOUR OWN RISK!!!

THIS ISSUE DROPS WEDNESDAY ONLINE AND AT YOUR LOCAL COMIC SHOP! SUPPORT THE INDUSTRY AND THIS SITE BY CLICKING BELOW!

CLICK HERE TO BUY YOUR COPY WHICH RELEASES WEDNESDAY!!!!!

THE ARTICLE BEGINS AFTER THE FOLLOWING IMAGE. YOU HAVE BEEN WARNED! 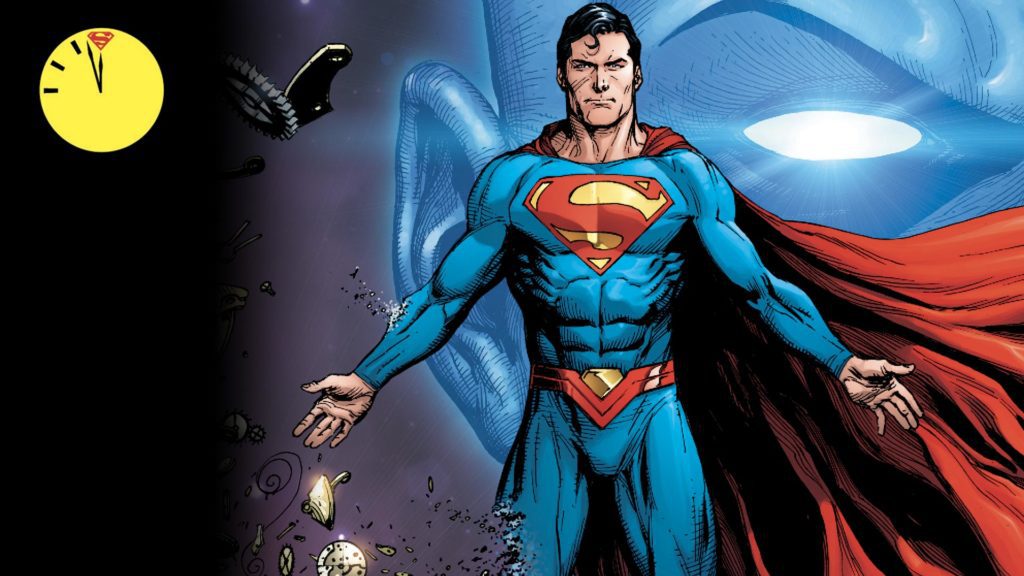 Is anyone reading this? Does anyone really care at this point? Are you like me and just checked out this issue to finally see how the creators of this series wrapped up this two-year-long mess? We’ve been watching and waiting for this series to finally cross the finish line, and like a man on crutches competing in a 5K run, DC finally made it to the end. In the dead of night. With no one left to celebrate their accomplishment. So how did this series finally end? With writer Geoff Johns dropping a predestined hint that Marvel and DC could be entering into a “Secret Crisis” in 2030. Read that last line again. Note the year. 2030. Not 2020. 2030. Ten years from now. 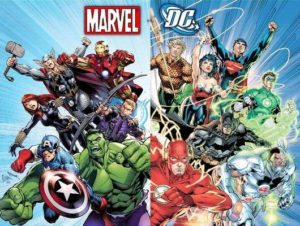 In the final installment of the often delayed maxi-series, DC brings their continuity back together and reintroduces the JSA and the Legion of Super-Heroes back into the fold. Not only that, but fans are treated to Dr. Manhattan walking us through the history of the DC universe… but not just the past, but also the future. Leaving readers to wonder if Johns just telegraphed the rough plans for the publisher for the next decade, or was he just peppering his final script with some fanboy wishes, just to mess with us. Which I would hope is not the case as fans have been through enough having to wait through multiple delays that dragged this series out a full year longer than expected.

But one can’t help but wonder if Johns, who centered this entire series around the inescapable pull of destiny and time, just laid bare the long term plans DC has for moving the company forward. If you take Johns “predictions” at face value here is the time table that the writer set out in the last issue of Doomsday Clock.

2020- Superman is going to face off with the Old Gods.

2025- “A Crisis unlike any the Metaverse has seen”, comes with the arrival of “The Time Masters” leaving Superman revitalized.

January 2026- The timeline is restored and Earth-5G is born. This ties into recent rumors of DC relaunching the entire universe again ala Rebirth, giving the publisher a chance to retcon the universe and bring in new characters and a new status quo, which leads to…

June 2026- Superman saves Batman’s Daughter so she can save Batman’s son! Injustice 2 went there, is this going to be added to the DC cannon? 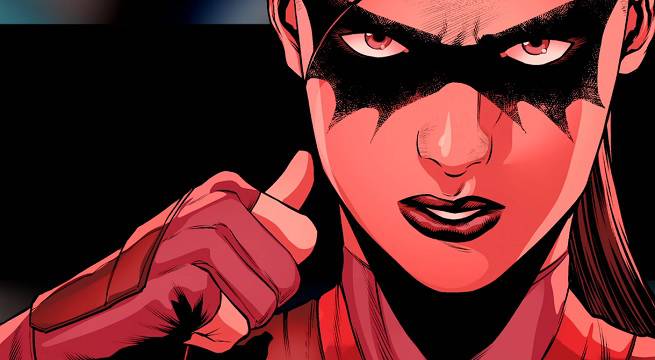 July 10 2030- “The Secret Crisis begins, throwing Superman into a brawl across the universe with THOR himself… and a GREEN BEHEMOTH stronger than even Doomsday, who DIES protecting Superman from these invaders.” (Unsure if Johns is referencing the Marvel characters as the” invaders”)

If any of this is to be believed then Johns has let readers in on three MASSIVE secrets for DC moving forward.

1. In five years the DC Universe is going to go through another crisis, but this one bigger than anything they have faced before, which is a tall order given DC’s history with crisis based storylines. Could we see another company-wide relaunch in five years? It’s not out of the question.

2. Batman is going to have a daughter?!? We all know about Damian. But a daughter? Could the recent relationship with Catwoman be leading into a new addition to the Bat-family??? Again, this seems to be within the realm of possibility.

3. Marvel and DC are going to come together in a mega-event called “Secret Crisis” that has Superman fight Thor and if Johns can be believed, it leads to the death of the Hulk!!! 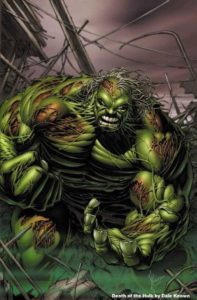 It’s this last one that fans are going to latch onto. The time has never been better for the two publishers to tease fans about a possible cross over. It’s been almost 24 years since the two companies faced off… it’s long past due for another project. This could be an invitation to the guys over at Marvel that they have ten years to start making this happen. Plenty of lead time for both publishers to start laying the groundwork now, building up to the biggest event in comics history!

This is all personal conjecture, but could this be the earliest evidence of a possible movie announcement? Imagine if DC and Marvel could somehow jump the legal gap and come together to produce a Marvel/DC film! They might as well just start printing all the money that either company could ever want because the comic book world would explode.

Obviously, there are no set plans, nothing is confirmed, and there is no reason to read beyond the story. But something about this issue has me reaching for my detective hat. There is something here gang. There is more to this story. Just remember if and when Earth-shattering news is announced about this, that you read it here first!