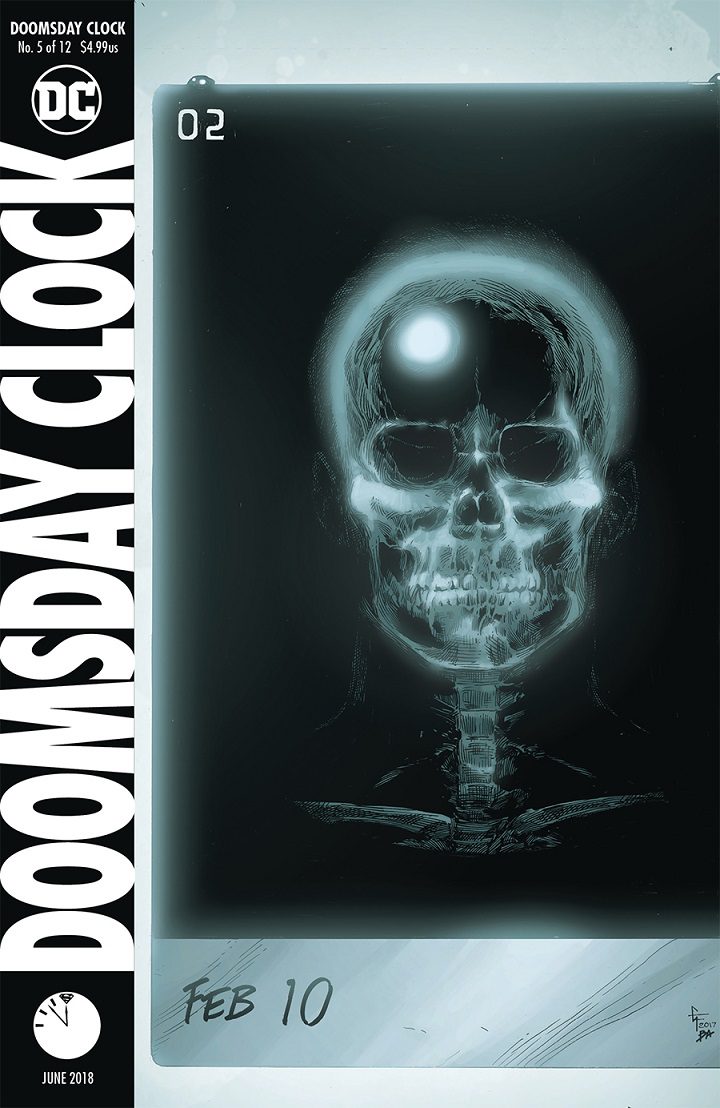 Adrian Veidt survived his encounter with Comedian and is currently lying in a hospital bed, cuffed and waiting for someone to decide what to do with him. After hearing a healthy exchange between the doctor and the police guarding him, Adrian decides that it is time for him to leave.

Meanwhile, in the rest of the world, there is a background story involving Hawk and Dove that seems pretty interesting considering the political climate that this story seems to exist in. I’ve been hoping for that aspect of the story to be explored more and this is a pretty decent start that gives some context to a lot of the themes of this series. It becomes even more evident when Lois has a heated exchange with Perry about an article she wrote that he changed to pander to the anti-cape readers. It’s a rare integrity flaw that is unusual for Perry and that makes it stand out in this story.

Rorschach finds an ally in Saturn Girl and the two of them decide to work together to find Dr. Manhattan. Why Saturn Girl is involved remains to be seen, but her psychic abilities might explain why she is there in the first place. Meanwhile, Johnny Thunder has escaped from the nursing home he’s been living in and manages to make his way to a train station and we get a glimpse of what he’s after, specifically Alan Scott’s lantern so that he can find it and his friends.

As Adrian returns to the Owl Ship we get the confrontation that many had hoped for, Ozymandias vs Batman. As the two trade barbs back and forth, another mystery begins to form. One that sounds more interesting than a lot of what is in this particular issue. I was hoping for something grander in scale with all of these characters starting to converge on each other, but parts of this issue just left me flat. It does start to get good towards the end with some character meetups that look like they are going to be entertaining going forward. Other than those, much of this issue could have been streamlined to get to the stories that matter.

Have you seen this:
Doom Patrol 02x06 "Space Patrol" (Review)

doomsday clock Gary Frank Geoff Johns
Are you an Insider?News, reviews, & updates are just the beginning.