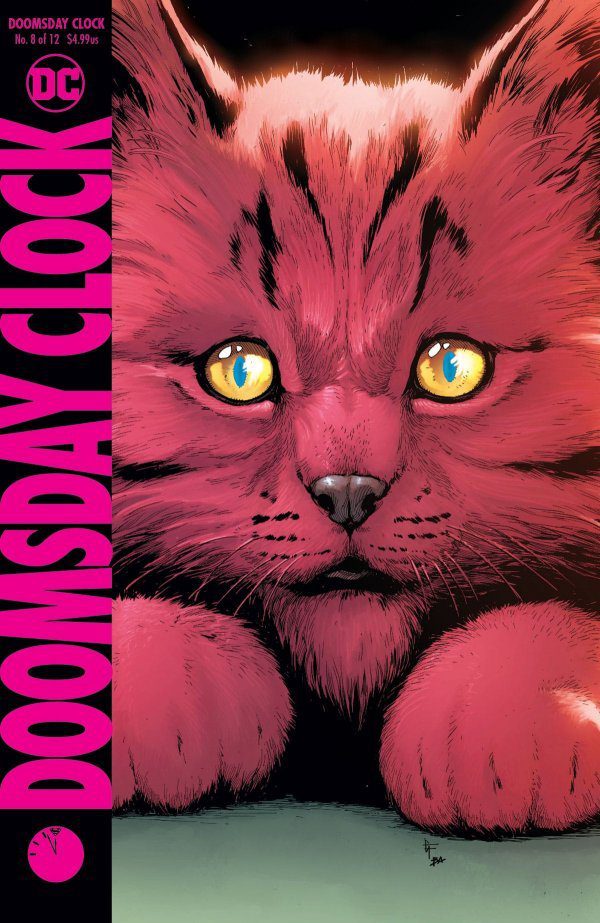 With the world on the brink of war, Superman is about to tip the scales in a direction no one might survive.

There’s been a break-in at the White House and Adrian Veidt has found what he came for. As Lois and Clark try and investigate the Superman Theory for Perry, Firestorm travels to Moscow and gets into a conflict with that Country’s heroes that causes a tragedy no one could have predicted.

With everyone looking for Firestorm, Superman decides to find Ronnie himself and his path leads him to Khandaq and a face to face with Black Adam. Not getting the answers he seeks, Superman tracks down Firestorm trying desperately to undo what he did in Moscow. When Superman finds a way to help him succeed, the Man of Steel decides to intervene in the growing conflict and try to bring humanity back from the brink.

When Firestorm returns to fix what he did, he is attacked and the resulting fight puts Superman directly into the conflict he was trying to avoid. An outcome Batman tried to warn him about and one which Ozymandias was hoping would happen.

I really enjoyed the pace and immediacy of this issue. Everything in this story is coming to a head and the clues to there being something wrong with the world continue to trickle into sources like Lois and others. What the significance of the omission of the JSA from the timeline and what that has to do with the Superman Theory and the current conflict continues to interest and intrigue me. Both the larger story unfolding and the smaller parts coalescing continue to maintain my interest as a reader. There is something big on the horizon for this story and Johns has done a great job of keeping readers interested in what that is.

Gary Frank’s art is amazing in this issue. One of the best sequences is a series of contrasting panels between Superman and Batman as Bruce races to stop Clark. Great pacing and action in the art.