For the sixth year in a row I had the honor of covering Dragon Con for Geeks World Wide. For the sixth year in a row I had an excellent time. I hung out with old friends, made new friends, walked like 20 miles, and stayed out way too late. While that is on par with how I experience Dragon Con, how I plan to report on it this year will change. I’m going to break up my coverage into the two distinct versions of Dragon Con I experience, daytime Dragon Con and Dragon Con after dark. I don’t think either version of Dragon Con is better than the other. They are just different and that’s what makes Dragon Con so great.

I’m going to start with the more family friendly daytime Dragon Con, but first let me explain what Dragon Con is for the uninitiated. The official website defines Dragon Con as “…the largest multi-media, pop culture convention focusing on science fiction & fantasy, gaming, comics, literature, art, music, and film in the universe – and the best place to celebrate all of these things with fellow fans on Labor Day Weekend.” I whole-heartedly agree with this statement. What the definition did not mention was that the convention takes place in five host hotels in downtown Atlanta. The Hyatt, Hilton, Sheraton, Marriott Marquis, and the Westin. I tell anyone that is even remotely interested in Dragon Con to at least get a one-day pass to get experience it.

My first day at Dragon Con was Friday, and my first order of business was an interview with multi-talented comic book artist Afua Richardson. It was a great conversation; you can check it out here. I actually felt lucky that I was able to make the interview on time based on the Comic and Pop Artist Alley being on the top floor of the vendor area. Traditionally the first day the vendor area is open the line is several blocks long and takes a long time to get in. I was extremely lucky to get in in less than 15 minutes. After my interview, I was in despite need of sustenance. It was time for one of my many Dragon Con traditions…food and drinks with my non-convention attending co-workers. Every year we meet at the Hooters across the street from the Westin to enjoy chicken, beer, and cosplay. A lot of the time is spent telling them what comic/movie/tv show/book people’s cosplay is from. It really shows that Dragon Con is for everyone no matter what their interests. By the time we left I had convinced them to at least get a one day pass next year to see what all the fuss is about.

Now that my body has been nourished it was time for me and my friend Kent (he flies in from Chicago for the convention) to actually walk through the vendor area spend some money. The vendor area at Dragon Con is by far my favorite of any convention I attend. Four stories of options that keeps my wife awake at night wondering how much money I actually spent. I like to walk through the entire area before I spend any money at all. We only had about 90 minutes to browse the vendor area before it closed for the night. As always, the variety of merchandise offers something for everyone attending Dragon Con. Shirts, toys, comics, books, games, and on and on and on. As much as I wanted to make it through day 1 without spending money, I just couldn’t pass up the retro game vendor. In the last year I finally completed my journey to collect the game consoles of my youth. The time has come to get some games for those consoles. I bought Super Tecmo Bowl for the NES, NBA Jam Tournament Edition for the Super NES, and NFL Blitz for the N64. We were able to get through about half the vendor area before it closed for the day. Little did I know how hard it would be to get back to the vendor area. After that we walked through some of the host hotels as well as the gaming area before I decided I need a nap before I would be able to keep the party going later that evening.

The next morning was the Annual Dragon Con parade. I would suggest that anyone that lives in the Atlanta area go at least once to experience the fun and excitement of all the people watching the parade and all the great cosplay displayed in the parade. I covered the parade for years but I chose not this year. Since the parade is broadcasted on Atlanta’s CW affiliate more people than ever can watch even without the many pictures I would usually take. My plan was to get to the convention and go to the vendor area during the parade. It was a masterful plan until I woke up and it was 11:45 a.m., the parade started at 9 a.m. By the time we arrived at the vendor area the line was the longest I had ever seen it. The line had grown to over six blocks. I understand the need to make sure the building doesn’t overfill and that everyone entering is a Dragon Con 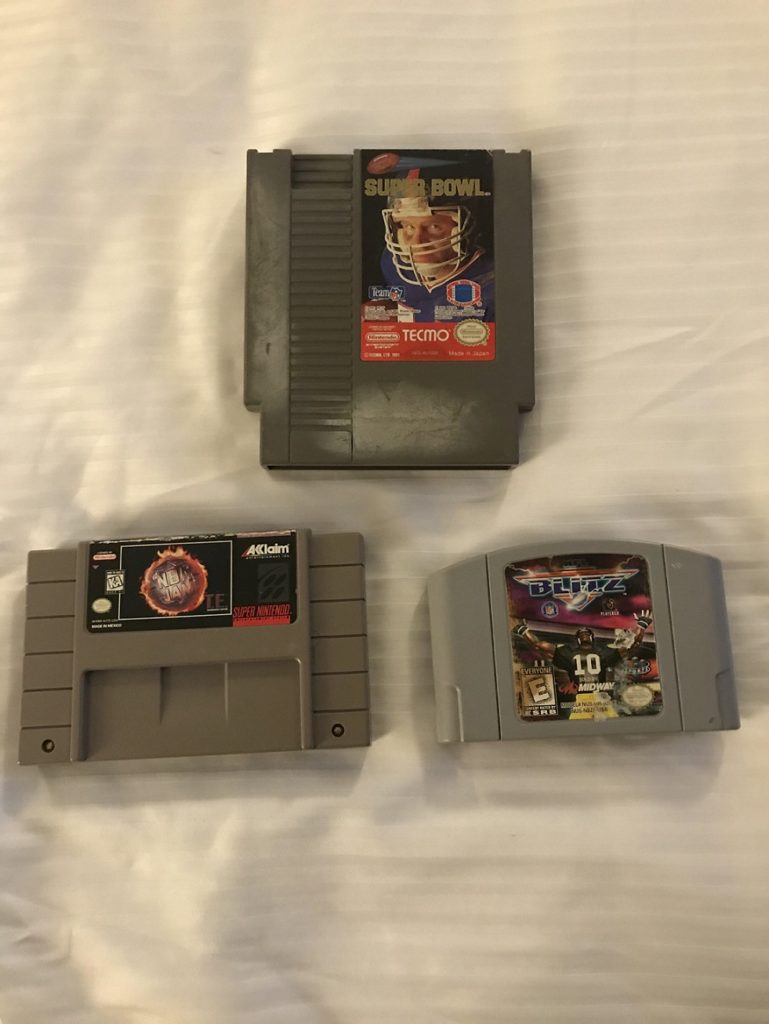 attendee. What I still don’t quite understand is why there can’t be badge checks at multiple entry points. The habitrials connecting AmericasMart to the host hotels had even been blocked.  I’m sure there is a good explanation for the single-entry point but I do think it needs to be revisited next year. The long lines kept me from asking for more interviews in the artist alley because I was afraid, I wouldn’t be able to make an appointment if I was given semi-short notice.  But overall, I feel like the people with a one-day pass were hit hardest by it. One day is not the most time to really explore Dragon Con, and being in line with kids for that long can’t be easy.

After we realized shopping wasn’t going to happen our wolf pack of two became three. We met up with an old classmate of mine. Our friend Marcus, it was his third Dragon Con and he was the only one of us that cosplayed this year. This year he was Black Panther, a Xenomorph, one of the Orange Iguanas from Legends of the Hidden Temple, and one of the Shatner Action Figures. He was staying at the Hilton and told us that there was a DJ on the back patio. There was a ton of people there in great cosplay, just hanging out and having a good time. Events like this one exemplify some of the best parts of Dragon Con. People of all different backgrounds with similar interests enjoying their fandoms.

We hung out there for a while before going to see what was happening at the other host hotels. The Hyatt and Marriott were packed and it was great. Over my years attending Dragon Con I found that I enjoy just being at the con more than going to panels. I take time to go through the Dragon Con app and mark all the panels I think I would enjoy but I usually end up not going because I’m having such a good time just hanging out with my friends and meeting new people. When we finally decided it was time to eat, we went and sat at the bar of a nearby restaurant. In pure Dragon Con fashion, we struck up a conversation with a couple that sat next to us at the bar. We talked to them for about an hour about where they were from, how they met, and even their careers. They were a great couple and we had a good talk and went our separate ways.

The last activity of “daytime” con was to go back to the gaming area. People were getting a full sweat on the dance games; it was really impressive. The skill involved in those games is severely underrated. There were lines at the fighting games consoles and many of the arcade machines. I’m not into board games so I don’t pay much attention to that area but I did always see a lot of people there when I walked through. We stayed to watch a fighting game tournament for Dragon Ball FighterZ on the PS4. I love the game but don’t have nearly the level of skill to even win a round with these players. I always enjoying watching people of the highest skill compete against each other. One missed block met the loss of the round. After the tournament it was time to head to the Marriott to begin “after dark” Dragon Con. 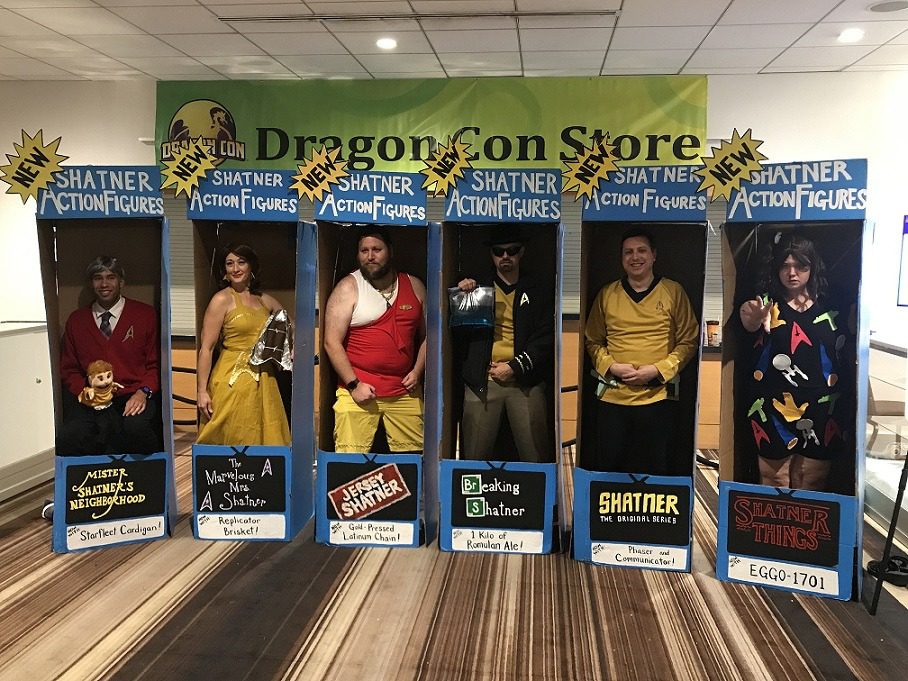 Sunday started out with a bang as we continued our tradition of taking some celebrity photo-ops. This year’s pictures were with Freema Agyeman and Nafessa Williams. They were both very nice and seemed happy to be meeting some of their fans. They were also shorter than I thought they would be. After the photos, we walked around the hotels just enjoying our last day at the con. We made it to the Hilton in time to see and be a part of the Black Geeks of Dragon Con photo shoot. The shoot was awesome, any cosplay you could think of and a ton of photographers. I ran into some reporters I know, and met some new people. One part of the shoot I didn’t expect was when they told all geeks in and out of cosplay to get in the photo. This was the first photo shoot I has ever been a part of. It was weird being on the other side of the camera. When the organizer announced there would be a Black Geeks of Dragon Con party at the Hilton that night, I got the biggest case of FOMO ever. After we finished the shoot it was finally time to try to get into the vendor area…again.

After about 30-40 minutes in line we were finally able to get back to get into the vendor area and spend some money. Unfortunately, some of the artist had to leave the convention early due to the treat of Hurricane Dorian. I was still able to buy prints from two of my favorite artists, Marcus Williams and the aforementioned Afua Richardson. After looking at all the vendors I added a few shirts to my collection and had some fun at the Borderlands 3 booth. It was almost time for me to drop Kent at the airport and return to being a family man. But there was one thing left, we had to see our friend Marcus cosplay as one of the Shatner Action Figures.

I’m not going to lie when he first told me about this, I didn’t know how it would work. The team of six cosplayers wait for the Dragon Con Store in the Marriott to close (I got some cool socks from there) then they set up their life size action figure boxes to display themselves. It was really cool how fast it all came together. The theme this year was putting a Shatner spin on different T.V. shows. There was The Marvelous Mrs. Shatner, Jersey Shatner, Breaking Shatner, Shatner: The Original Series, Shatner Things, and Marcus was Mister Shatner’s Neighborhood. After a few photos of the group it was time for me to head to the airport and that ended my Dragon Con 2019. However, that is not the end of my coverage. Stay tuned for my Dragon Con “after dark” article.