Dragon Quest might be heading to the Nintendo Switch sooner than we think. Nintendo of Japan announced a Dragon Quest themed Nintendo Direct to take place on June 21st and rumors are swirling around the future of the famed RPG series. The special Nintendo direct will be highlighting some of the exclusive content for the celebrated series along with some additional announcements, leading some folks to speculate on an announcement for the Switch.

The next installment of the series, Dragon Quest XI, has already been announced for the 3DS and houses a variety of unique features, including the ability to adjust between the newer 3D style and the series’ original 2D pixelated look. While it will be appearing on other next-gen consoles like the PS4, there still has been no confirmation for Nintendo’s newest darling; something that could easily change on Wednesday. At this time we do know that the Switch can easily run Unreal Engine 4, the chassis of the title, which limited earlier Nintendo consoles in their ports of third party software. 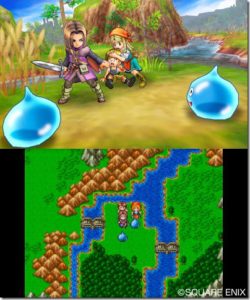 Stream the special Japan-only Nintendo Direct on Wednesday at 8 p.m. JST, 4 a.m. PST, or (for those like me that didn’t know there was a 4 a.m.) check out the replay via Nintendo’s YouTube channel.

Beginning in 1986 with the original Dragon Quest for the Famicom (known as Dragon Warrior in the US), Square Enix has been bringing us new entries for nearly 30 years. In 2016, the publisher released two remakes of previous games, Dragon Quest VII: Fragments of the Forgotten Past and Dragon Quest VIII: Journey of the Cursed King, in an attempt to bring new players up to speed with updated graphics and gameplay. 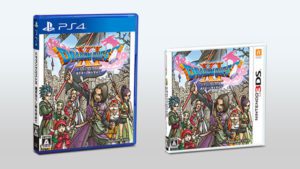 Look for Dragon Quest XI on the 3DS and PS4 when it launches on July 29th and (if you’re lucky) take a peek at the special edition Dragon Quest themed 2DS that releases on the same day. 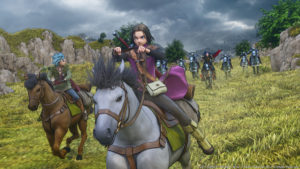 Do you want to see Dragon Quest on the Switch? What RPGs do you think would fit best on Nintendo’s hybrid console? Comment below and stay tuned to GWW for more video game news.