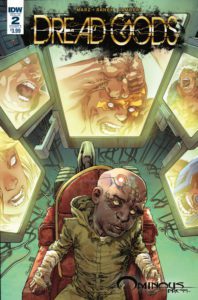 Zeus continues to have reoccurring nightmares of himself drowning and Carver finds an ally on his journey to Prometheus City.

The mystery behind the gods is starting to unravel in this second issue. There’s a new layer to this plot that I wasn’t expecting at all, it’s an interesting choice. You already had a group of mutant gods battling, a mysterious puppet master in need of substance, and a genius tech wanting to save the heroes. It’s incredibly entertaining, I just have no clue where the hell this story is gonna to go.

I don’t want to spoil the issue, but I’m questioning whether the battles Zeus keeps having are truly fights against an enemy or of his own subconscious. I enjoy the character quite a bit, he’s very Thor meets Goro from Mortal Kombat. My only wish is that we get more from the other gods, it’s early in the series though. 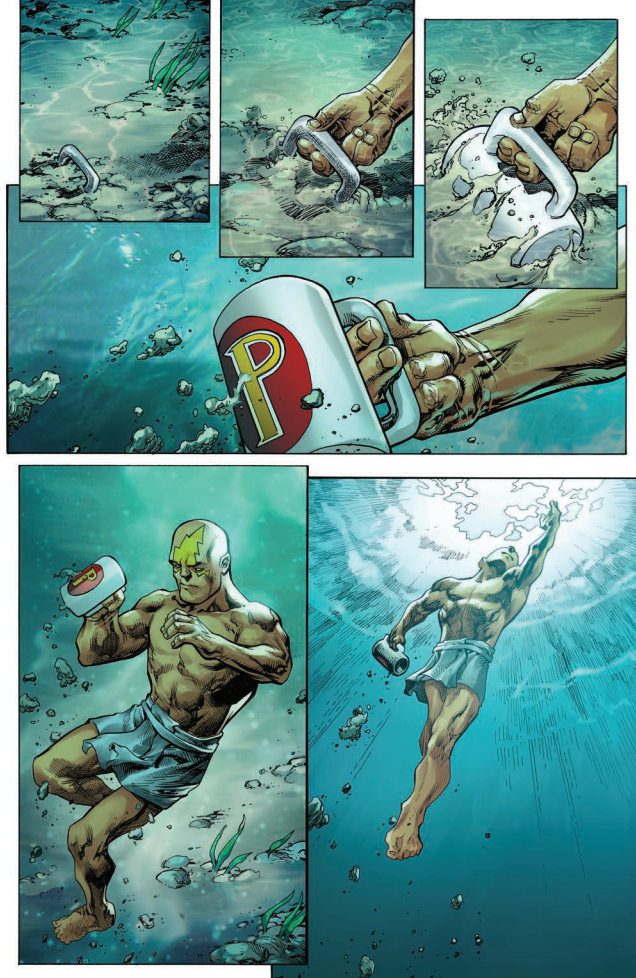 The Carver portion of the story can go so many ways. One does wonder why he’s alone on his trip to save the gods. The vibe I get is that he’s a fanboy who’s so into the story he wants to be a part of it. It’s easy to see how he gets to the gods though. He’s an expert in machinery, and Prometheus is having trouble with some tech. It all seems to be coming to a head fairly quickly but Carver having an extended journey with Rad would be welcomed.

Not a lot of action in this issue but Tom Raney fits the action style o the comic so well. I focused more on the character designs this issue and Ares is a great looking character, hope there’s more of him. Pencils, colors, it all worked really well in this issue. Which could be tough considering it takes place in a what appears to be a desolate apocalyptic setting. A lot of beige(or an approximate) going on, yet it all looks great.

Two issues in and this has been better than expected. I wasn’t sure what I was getting into at first but this seems like there will be lot of fun to be had. This is a very throwback style comic book that I think any reader would want to add to their pull list.