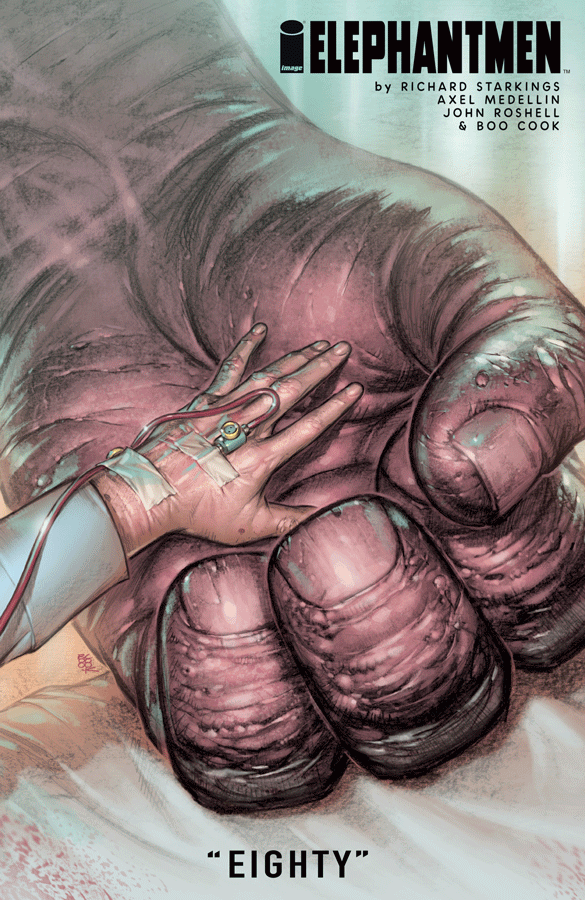 Elephtanmen is a long-running series that is coming to an end now with issue 80. I was not aware of this until I looked into the book after deciding to review it and even though it would’ve been better for me to pick something else after finding that out, I still wanted to see what this comic could do for me. As I read through this issue I found myself grabbing at these characters. It’s obvious they have gone through quite a few things in this series but there was something genuine about them that you could see through Starkings’ writing. We get a bit of a political satire about a blonde hair man that wears a red tie that wins an election to become mayor and he seems to want to take a few steps backward inhibiting society’s  progress.

It’s obvious who they are jabbing at here but I liked that it was subtle enough where it wasn’t completely in your face, just enough to recognize even 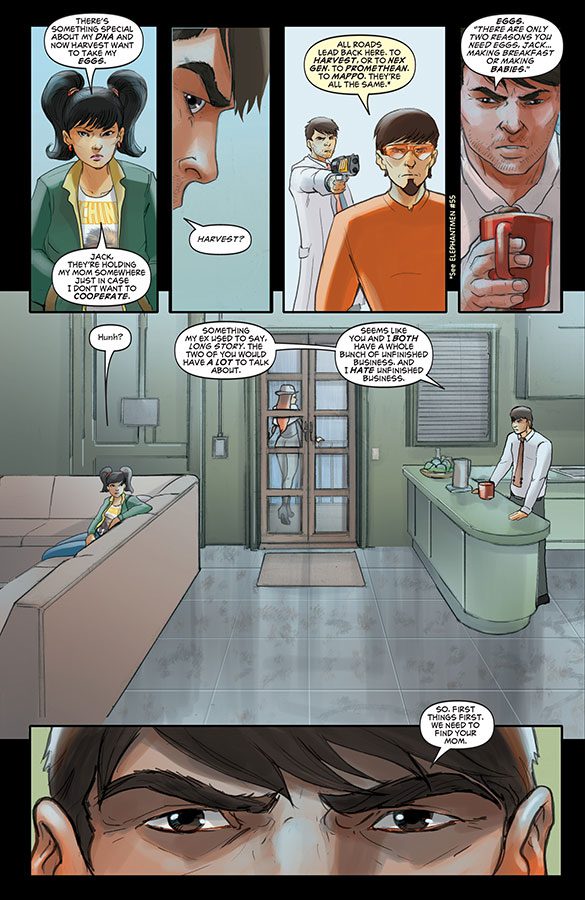 for me that things may not be going well for some of our characters now that this man is elected. The part of the issue that really grabbed me though was where one of our main character’s John is laying in a hospital bed and seems to be spending some of his last moments with his friends and grandchildren. The way Starkings writes John here is fantastic as he goes on about the simple enjoyments in life such as something as small as chocolate. Even though he’s in pain, he keeps giving assurance that he’s perfectly fine and just wants to make these moments happy ones with his grandkids. This is where the issue truly speaks its message to me.

Having John go on about wanting to hear what his grandkids enjoy as he reminisces about just standing at a beach letting his feet soak in the water as the waves come in. These are moments of a man dying happy. I’m not sure if John here left a big mark on the world, but he is certainly leaving one for his grandkids and teaching them the importance of having these small enjoyments in your life. Not all things are sad in this finale though. We get this wonderful closing moment on two of our characters that I rather not name or give much detail on what they are doing. Just know that we are ending with two friends who are continuing to do what they love no matter what state the world is in.