What Else Should We See on DC Comics New Streaming Service

Marvel Comics has decided to go all in on expanding their Marvel Cinematic Universe across multiple platforms, multiple channels and multiple films per year. DC Comics should not only follow suit, but should go bigger for the launch of their own streaming service.

It was announced recently that DC Entertainment and Warner Brothers would be launching a new streaming service with exclusive content for DC Comics television series. I reported previously on the announcement of a new live-action series based on the Teen Titans series with Dick Grayson’s Nightwing in the lead. I also reported in the latest news surrounding the highly anticipated return of Young Justice that the third season, titled Young Justice: Outsiders, would also be featured exclusively on the streaming service. With those two shows already garnering the service some positive buzz, it’s time for Warner Brothers and DC Comics to embrace their comics, raid the archives and start generating the only thing that matters in the digital world: content.

While I’m sure they have production people working on this very thing, as a fan, I think I might have a couple of ideas that might work as well.

Gotham has been circling the Batman story for years now and it looks like they might be finally making some choices that will send young Bruce down that road in the upcoming season, but a Batwoman show could work on DC’s streaming platform. A gritty, one hour drama with a strong female lead is becoming the bread and butter for many networks and the story of Kate Kane is perfect ground to tackle. One part superhero tale, one part detective drama, Batwoman could be a great project for the right creative team and showrunner.

A series that could tie into the DCEU and flesh out the story of Darkseid and Apokalips from the point of view of one of its inhabitants, Mister Miracle could be a great one hour action story that can straddle both worlds. You focus the series on Scott Free and Barda. The pilot episode could be about their escape from Apokalips and how they end up on Earth. In order to make money on a new world, Scott uses his skills as an escape artist to commit a series of burglaries for Intergang, with Barda acting as his protection.

After a heist, he finds out that the item he stole has connections to both Intergang’s leader Bruno Manheim and Darkseid himself. Make it a combination drama and road story where Scott and Barda have to be on the run from forces of Intergang and Darkseid with the latter sending out Granny Goodness and her Furies to Earth to bring them back. 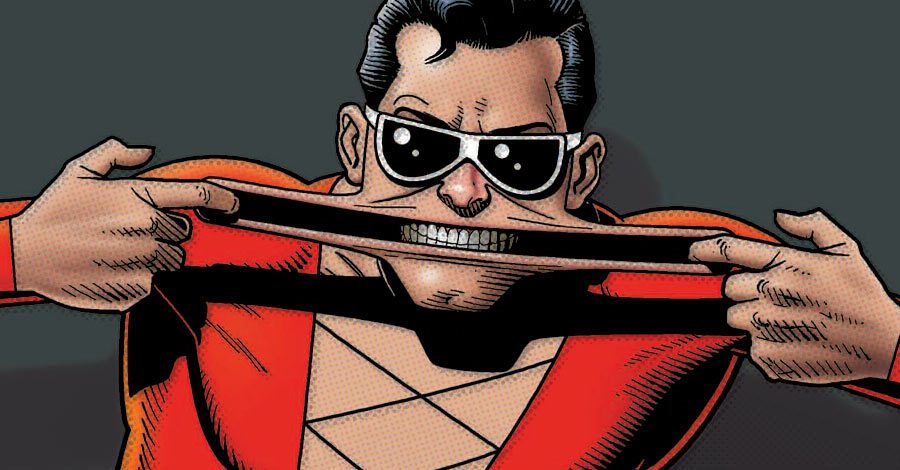 Since it looks like NBC has cancelled DC Comics first foray into television sitcoms with Powerless, maybe it’s time to embrace powers from the point of view of a character made for comedy, Plastic Man. The tale of a former thief turned reluctant hero could be perfect for DC’s streaming service. It could be perfect for a broad comedy, half hour that follows a standard multi-cam format and has Plastic Man trying to build a reputation as a hero by advertising his services and taking whatever jobs he can find to fund his struggling operation.

You can even partner him with a sidekick like an old buddy from his previous life who is constantly tempting him to go back into crime along with an attractive female detective who reluctantly works with him to handle cases that are too weird for the regular cops to handle. Bring in some of the talent behind Scrubs and Brooklyn 99 and you have a hit series.

These two characters have been on the forefront of so many changes in the dynamics of comic book culture and have, with others, ushered in a new era of inclusion in comics by telling the story of two gay superheroes, their relationship and how they work together to further justice. A series about these two characters would the logical next step in bringing forth characters from the LGBTQ community onto the small screen. The coming out of Alex Danvers on Supergirl not only did not negatively affect the show’s ratings, but was seen by many as a step forward in storytelling. A one hour drama about these two heroes would be welcome by many who seek inclusion in a genre that is known for it.

Now I know many people are going to wonder why I left characters who have been languishing in development hell like Booster Gold off this list and the reason why is because I am sure that the producers over at DC Comics and Warner Brothers are already having those talks. Scripts have been written for Booster Gold, production sketches already done. Greenlighting that series would probably be the least taxing thing they could do short of a Vixen series and bringing back a live action Constantine. So I decided to focus on projects that either haven’t been discussed publicly or no one has discussed at all.

I want to know what you think. What DC Comics property do you think should be part of a DC Comics streaming service? Who would you like to see on the small screen? You know where the comments go.

Story brought to you by The Super Powered Fancast on Twitter @superpoweredfan.