That’s right folks, we got another giveaway for ya! We are giving away this awesome collection of DC films and animated features. The DC Universe 10th Anniversary collection includes 30 Movies and 5 Animated Shorts featuring some of your favorite DC superheroes from Superman to Constantine. 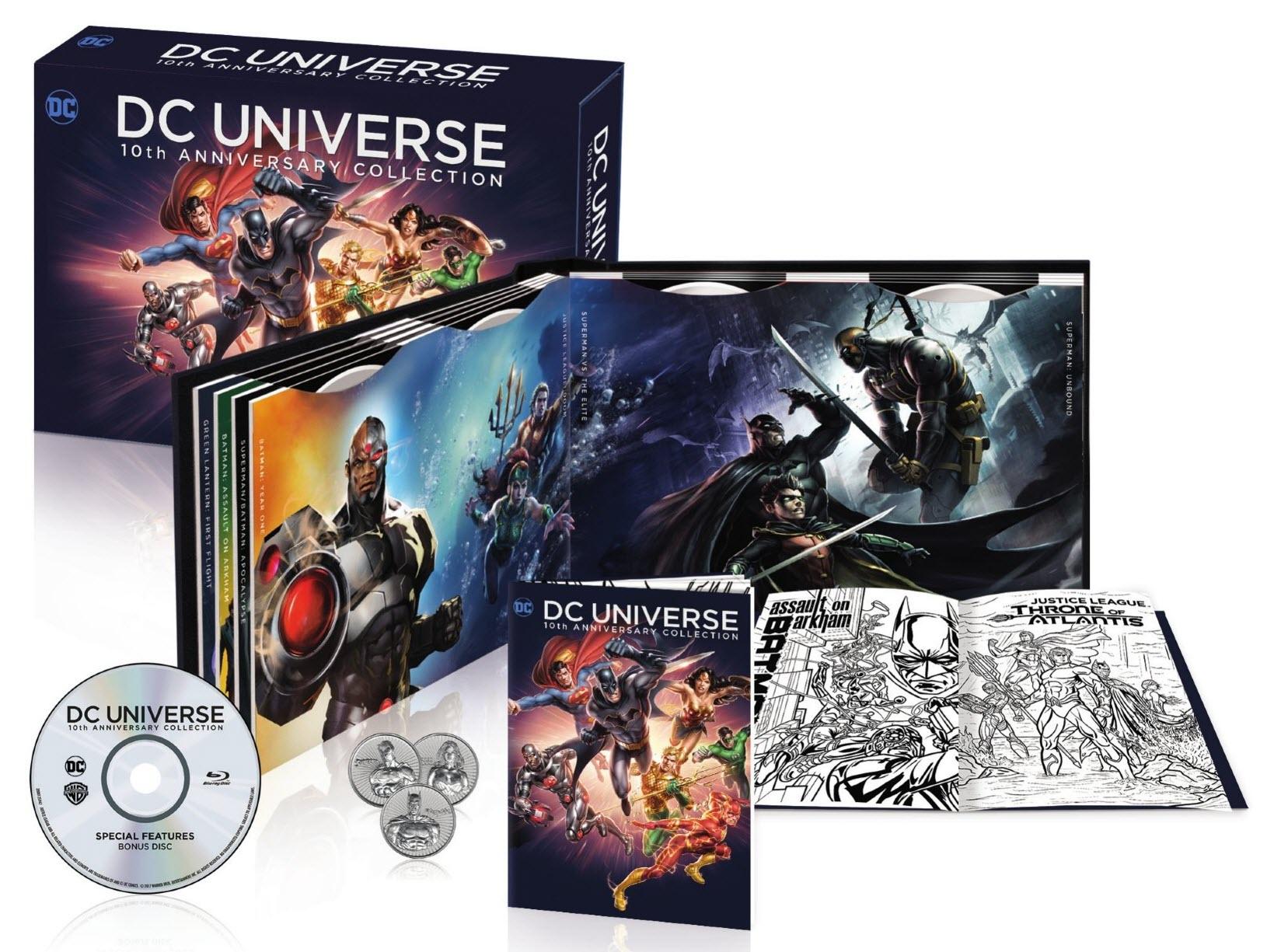 The films are based on or inspired by storylines and/or characters from within the ever-expanding DC Entertainment library. The stories range from films based upon classic DC comics/graphic novels (Superman Doomsday, Justice League: The New Frontier, Batman: The Dark Knight Returns, Batman: The Killing Joke) to films inspired by themes from within DC history (Batman vs. Robin was inspired by The Court of Owls series; Superman vs. The Elite was inspired by ‘What’s so Funny About Truth, Justice and the American Way?’) to original stories (Justice League: Gods and Monsters, Batman and Harley Quinn). 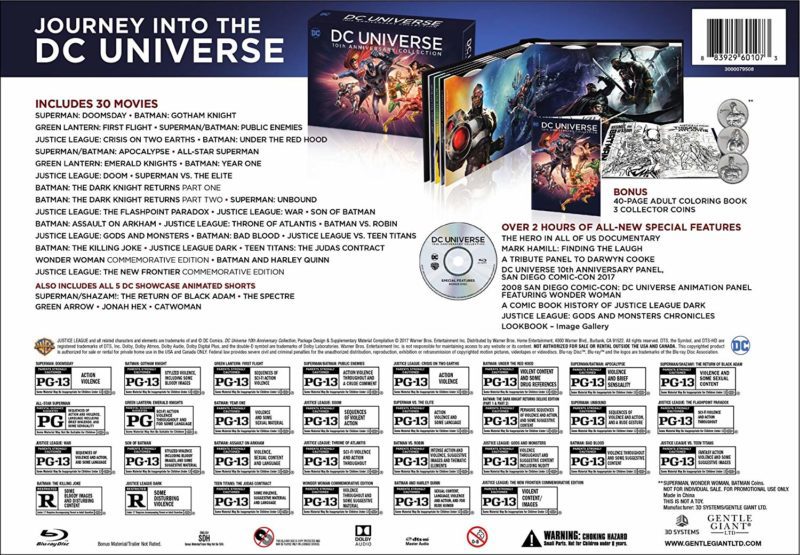 What extras come with this collection?

Over 20 Hours of Special Features (Including over 2 Hours of All-new Content), Exclusive Collectible Coins, and an Exclusive 40-page Adult Coloring Book featuring key art from all DC Universe Animated Movies.

Want to enter? Sign up below and Good Luck!