I’m going to go ahead and say it, people: I have too many video games. Like most gamers, I find myself with a constantly rolling list of “I should play that soon” and “No, I’m getting around to that after I finish XYZ 4”. It’s BPS, or Big Purse Syndrome, a common affliction with lady-types who carry small purses with 3 items just fine, but when presented with a larger purse, feel the need to fill it. So it goes for my gaming shelves: I MUST HAVE IT ALL! Despite that, I am really excited for a bunch of games that are coming out this fall, not only because I love new games, but also because I will take any excuse to curl up under a big blanket with fuzzy socks on a cold day. Thank goodness for wireless controllers; No Snuggies need apply. On that note, let’s jump right in!

First up to be released this fall is also the first thing I’m clearing my backlog queue for is Syndicate, the next in the Assassin’s Creed franchise. Set during the industrial revolution, the main characters, twins Jacob and Evie Frye lead the organized crime underworld to regain control of London. What I’m super excited for is that we finally get a playable main female character in a lead title game, but she supposedly also has a completely different skill set as those of her brother, meaning you can play as either and have a unique game experience. I’ve never been the biggest AC fan, but this game, barring any release day snafus from Ubisoft, really has me excited to get back onto the AC hype train.

Okay, yes, this game is already out on Steam, but frankly I’m on a self-inflicted Steam lock-out due to too much money being tucked away in game form. My computer simply can not hold up, so until I can afford a new gaming computer, I’m limited to console games only. That being said, this game has a 10 of 10 rating on Steam and 85 on Metacritic and it’s now being ported to PS4, so hellooooo, lover. A unique puzzle game, equated to something like the Portal series (*swoon*) this really caught my eye and seems to be a good logic time for most. It’s already available for pre-order (if you’re not morally objected to that kind of thing) or you can pick it up on October 13 at a major retailer like Best Buy near you.

Here’s the tough one for me…. I don’t own an XBox One. I have a 360 that’s still kicking it, but I haven’t felt the need to upgrade until this. You all know what Halo is, so I’ll spare you the spiel. All I can say is that there better be a really, really cool bundle for sale when this comes because I miss Halo and am pretty excited for this new release. That being said, if there still isn’t any local co-op, I might be willing to wait well past release day to bite the bullet on buying a new system. 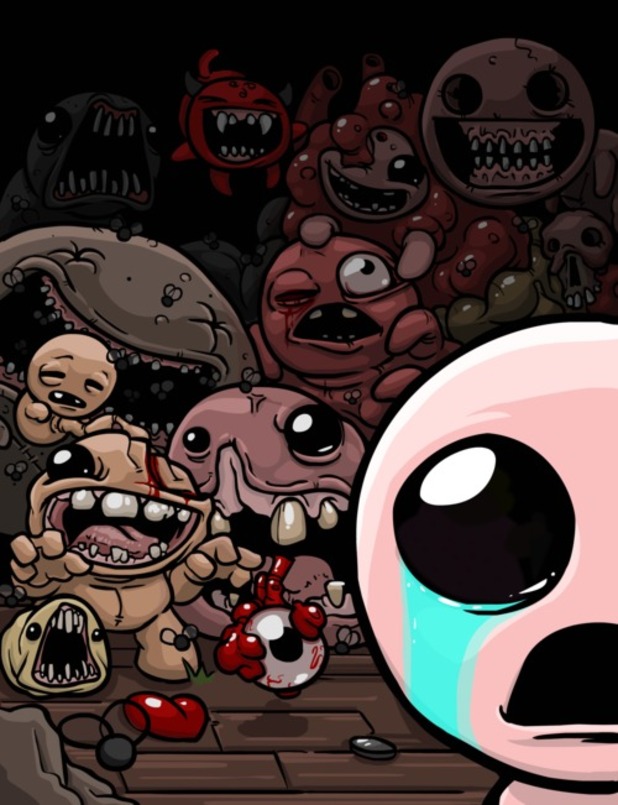 I loved playing every poopy moment of this game, right up until the point where my SO got to and beat Mom on his first try, at which point I rage-quit for a while. Even though it’s just DLC (psh, just) I am excited for both the new content they are adding to the main game as well as all the new content that is promised like new rooms, bosses, items, and a new character. For only $9.99, you get a whole new poopy experience! Not to mention, you can play this all weekend for Halloween and feel slightly less weird about all the flies and poop and monsters. Just for a few days. 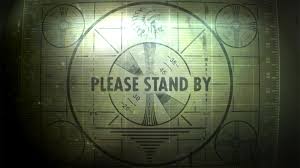 I think at some point we all thought that, like Half-Life 3, Fallout 4 was a running joke about wishing for things that would never come. Set to be released more than 6 years (YEARS) after the release of the GOTY edition of its predecessor, Fallout 4 is a big, steaming hype train that has bowled over a lot of fans. Heck, who wasn’t there on June 3 when the website changed from a countdown to a trailer video, then proceeded to watch and re-watch it 10 times? Then the gameplay was shown at E3 and *toot toot*, ALL ABOARD! Using the same Creation Engine that brought us Elder Scrolls V: Skyrim, one of my all-time favorite games, the beauty of Fallout 4 is hard to put into words. I love, love, love, open-world sandbox games and frankly couldn’t be more excited to get this. I may or may not be breaking my own “No Pre-Order” rule because I want this to show up on release day, which I will not be working on, so that I can jump right into this bad boy. There’s still plenty of time for all of us to play through the past games to get up to speed so that we can appreciate, in all it’s glory, the wonder that is Bethesda’s sweet creation. All hail Bethes-…. No, NO. Don’t get too excited, Erin. Eh, too late. ALL HAIL BETHESDA!

Alright… I admit, I really shouldn’t be excited about this one, but I am. I recently became a fan of Fable (remember that GIANT backlog of games?) and finished Fable 2 craving more. While I had seen the announcement from Lionhead Games at E3, it didn’t take on a more personal angle until I really got hooked on the Fable world. In Fable Legends, you play as a team in real-time as Heros. But here’s the catch… the game is Free-to-Play.

So here’s what they’ve promised:

Do I believe them? Maybe.

Do I want more time as a Fable Hero? Absolutely. So then it’s a matter of picking up an XBox One, signing up for the Beta, and really seeing if it’s worth it. I don’t know why they insist on this Free-to-Play model, honestly. I would have paid money for the game! Even if it was only multi-player and I need to find some friends to play with me! Fine, just charge me a perfunctory $5 and don’t make me have to zig-zag through a bunch of denials to buy extra armor or whatever. Still, if I end up getting a Halo 5 bundle, this will be one of the first things I download because, hey, why not? It’s FREE.

That’s all for me for my list this year. Hit me up @Rorai and tell me what you’re excited to play and don’t forget to look for my upcoming Retrospective reviews of Fable 2 and more!